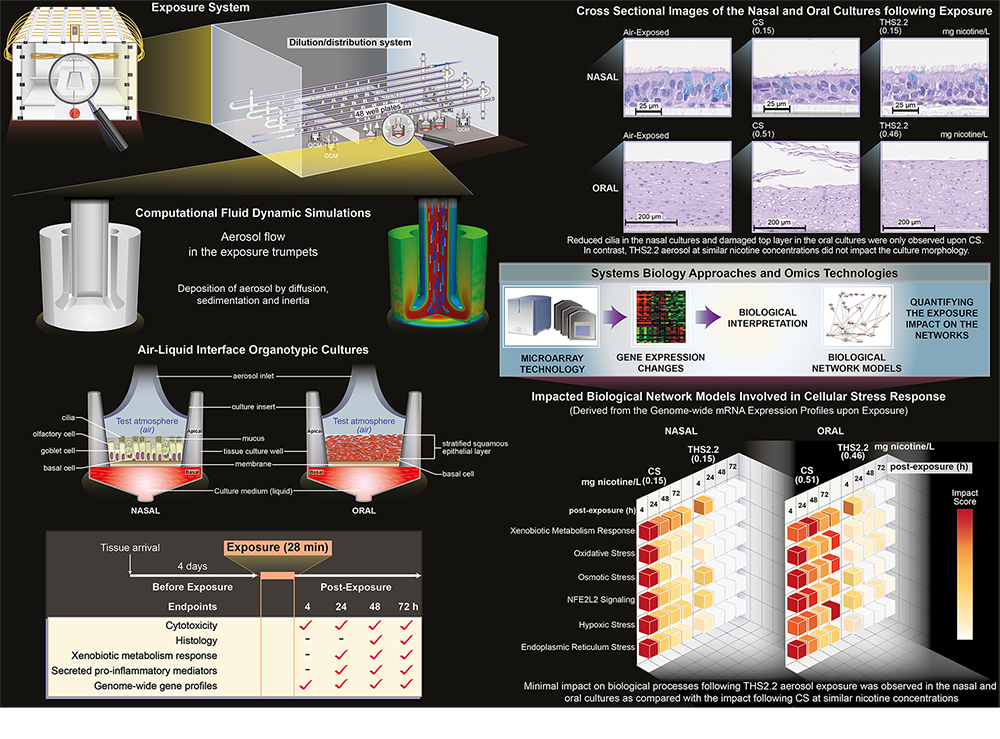 Several professionals in the scientific world have increasingly acknowledged that in assessing the toxicity of chemicals, drugs and consumer products, animal use should be minimized and, where possible, data should be acquired using alternative in vitro based methodologies. This is part of the widely-recognized set of principles known as the ‘3Rs’ of scientific animal research:

One of the goals of ‘21st Century Toxicology’, as set-out in the U.S. National Research Council’s landmark Vision and Strategy report, is to replace in vivo testing methodologies with in vitro procedures on human cells, followed by computational systems biology modelling to determine toxicological risk. The U.S. Food and Drug Administration has identified ‘modernizing toxicology’ as one of its priority areas and has furthermore explicitly expressed an interest in learning about new toxicity testing procedures that could help it meet these goals.

As part of the ongoing assessment of Reduced-Risk Products (RRPs), products with the potential to reduce individual risk and population harm in comparison to cigarettes, Philip Morris International (PMI) has recently published two papers that demonstrate the potential of novel in vitro-based testing procedures to help realize the vision of 21st Century Toxicology. The RRP investigated is the Tobacco Heating System 2.2 (THS), a new technology that heats tobacco without burning it, thereby reducing or eliminating the formation of many of the harmful compounds that are produced by cigarettes. One study looked at the biological impact of THS aerosol on the oral epithelium, the other on the nasal epithelium. A third study is currently underway to assess the biological impact of THS aerosol on bronchial epithelial cells.

The studies, published in the journals Chemical Research in Toxicology and ALTEX, used human cells grown in three-dimensional culture systems. The cultures were grown on top of an artificial membrane at the air-liquid interface, allowing them to develop ‘organotypic’ tissue complexity closely resembling that found in the human oral cavity and airways, respectively. Cultures were then exposed to either THS aerosol or cigarette smoke at various concentrations with comparable nicotine concentrations.

The biological impact of exposure was assessed at time-points between four and 72 hours using a combination of well-established in vitro testing procedures and novel computational techniques. Multiple endpoints were analyzed. These included measurements of cytotoxicity, alterations in tissue morphology (histology), impact on processes involved in the metabolism of toxicants (xenobiotic metabolism response), secretion of pro-inflammatory mediators, and perturbation of genome-wide gene profiles. The nasal study also looked at ciliary function.

The adopted computational techniques involved the processing of collected data through a set of literature-supported biological network models that are known to relate to respiratory disease, e.g., oxidative stress, osmotic stress and hypoxic stress (a total of 28 network models were used in the oral study, 29 in the nasal study). The biological impact of cigarette smoke and THS aerosol was then quantified through the assignment of Network Perturbation Amplitude (NPA) scores, and complemented by standard gene-set analysis.

Multiple experimental repetitions were conducted (five in the nasal study, four in the oral study) in order to obtain robust, reliable and reproducible measurements.

Taken together, the results of the two studies demonstrate that the biological impact of THS aerosol is predominantly non-significantly different from the air control exposure, and much reduced when compared with the impact of cigarette-smoke exposure. It was possible to induce findings of toxicity with THS, but only at significantly higher exposure concentrations of the aerosol than conventional cigarette smoke. There were also no additional or new findings of toxicity following THS aerosol exposure when compared with the toxicity elicited following cigarette smoke exposure.

The studies have demonstrated not just the risk-reduction potential of THS in comparison with cigarettes, but also the ability to generate comprehensive and meaningful insights using human cell-based in vitro systems in combination with computational assessment strategies. The studies should be of interest to all scientists who are keen to further minimize the use of animals in the development of 21st Century Toxicology. They further have important implications for industries such as pharmaceuticals and biotechnology, as well as for regulatory bodies responsible for the scientific oversight of chemicals, drugs and a range of consumer products.