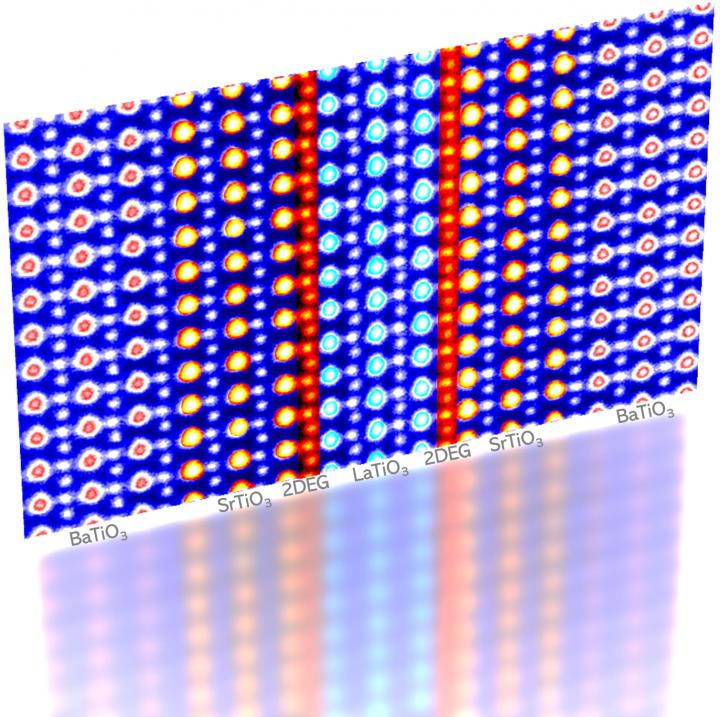 A team of researchers may have unlocked the key to a 53-year old theory on ferroelectric metals.

Scientists from Rutgers University believe they have proven the long unproven theory by Phillip W. Anderson, a renowned Princeton University physicist, that ferroelectric metals could conduct electricity, despite not existing in nature.

“We created a new class of two-dimensional artificial materials with ferroelectric-like properties at room temperature that don’t exist in nature yet can conduct electricity,” Jak Chakhalian, a team leader of the study and Professor Claud Lovelace Endowed Chair in Experimental Physics at Rutgers University-New Brunswick, said in a statement. “It’s an important link between a theory and an experiment.”

According to the study, the researchers found a room temperature 2D polar metal of the B-site type in tri-layer superlattices BaTiO3/SrTiO3/LaTiO3.

“When a material becomes ferroelectric, its atoms shift permanently and we wanted to add metallic properties to an artificial crystal that conducts electricity,” Chakhalian said. “So we took two very thin layers to create a two-dimensional metal at the interface and added a third layer with special properties to shift the atoms in that metallic layer, creating a ferroelectric-like metal. The new structure has several functionalities built-in, and this is a big win-win.”

The Rutgers researchers believe that their study results provide a route to create all-oxide artificial non-centrosymmetric quasi-two dimensional metals with exotic quantum states, including co-existing ferroelectric, ferromagnetic and superconducting phases that could be used for a new generation of multi-functional devices and applications.

“Ferroelectrics are a very important class of materials technologically,” Chakhalian said. “They move, shrink and expand when electricity is applied and that allows you to move things with exquisite precision. Moreover, every modern cell phone has tens of components with properties similar to ferroelectric material.”