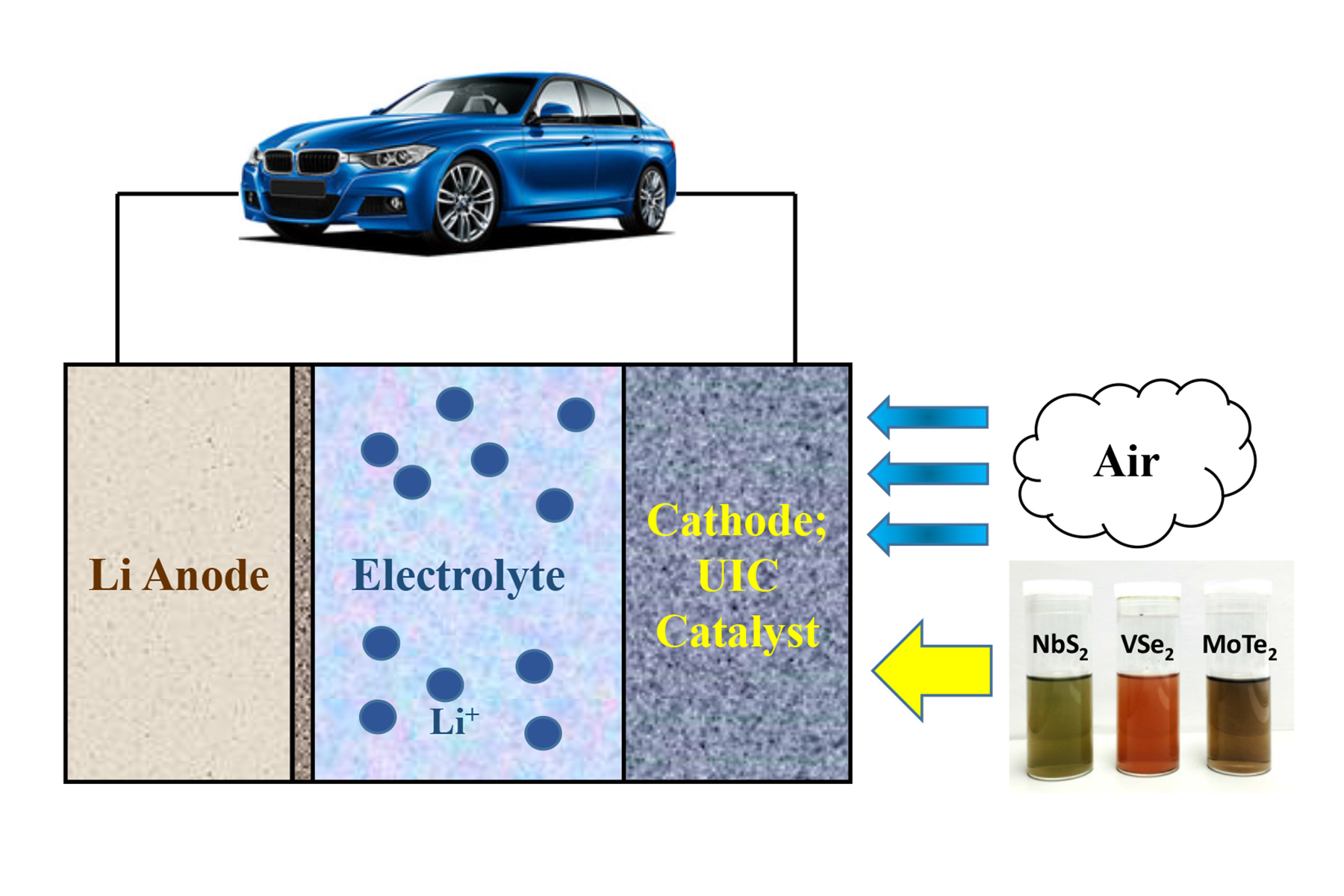 The research team synthesized several different 2D materials and found that a number of them enabled the battery to hold up to 10 times more energy than lithium-air batteries that contained traditional catalysts.

“Currently, electric vehicles average about 100 miles per charge, but with the incorporation of 2D catalysts into lithium-air batteries, we could provide closer to 400 to 500 miles per charge, which would be a real game-changer,” Amin Salehi-Khojin, an associate professor of mechanical and industrial engineering in UIC’s College of Engineering, said in a statement. “This would be a huge breakthrough in energy storage.”

The scientists ultimately synthesized 15 different types of 2D transition metal dichalcogenides (TMDC)—compounds that feature high electronic conductivity and fast electron transfers. These properties allow the materials to participate in reactions with other materials, including reactions that take place inside batteries during charging and discharging cycles.  The team studied each of the 15 TMDCs as catalysts in an electrochemical system that mimics a lithium-air battery.

“In their 2D form, these TMDCs have much better electronic properties and greater reactive surface area to participate in electrochemical reactions within a battery while their structure remains stable,” Leily Majidi, a graduate student in the UIC College of Engineering and first author of the paper, said in a statement. “Reaction rates are much higher with these materials compared to conventional catalysts used such as gold or platinum.”

TDMCs generally performed well as catalysts because they aid in increasing the speed of both the charging and discharging reactions.

“This would be what is known as bi-functionality of the catalyst,” Salehi-Khojin said.

These materials also synergize with electrolytes, which enable ions to move during charge and discharge cycles.

“The 2D TDMCs and the ionic liquid electrolyte that we used acts as a co-catalyst system that helps the electrons transfer faster, leading to faster charges and more efficient storage and discharge of energy,” Salehi-Khojin said. “These new materials represent a new avenue that can take batteries to the next level, we just need to develop ways to produce and tune them more efficiently and in larger scales.”

Despite only being in the experimental stages of development, lithium-air batteries have demonstrated that they can store 10 times more energy than lithium-ion batteries at a much lighter weight. Catalysts help increase the rate of chemical reactions within the battery, while also significantly boosting the ability of the battery to hold and provide energy based on the material that the catalyst is made from.

“We are going to need very high-energy density batteries to power new advanced technologies that are incorporated into phones, laptops and especially electric vehicles,” said Salehi-Khojin, who is also the corresponding author of the paper.