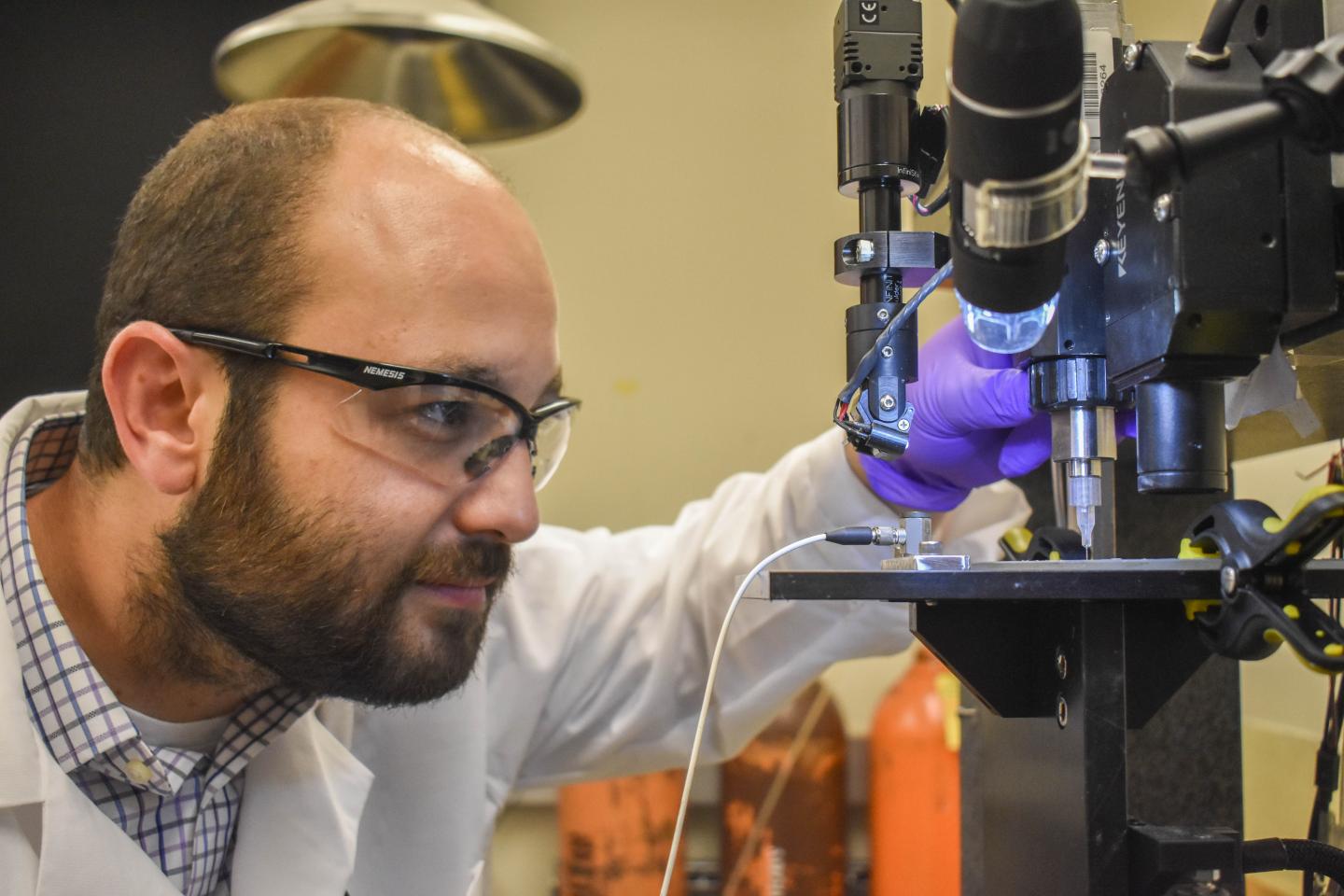 Researchers from Washington State University have created a 3D-printed glucose biosensor that could be used in wearable monitors, leading to customizable glucose monitors for individual diabetes patient’s biology.

“3D printing can enable manufacturing of biosensors tailored specifically to individual patients,” Arda Gozen, a professor in the School of Mechanical and Materials Engineering at Washington State, said in a statement.

The team had been working to develop new wearable, flexible electronics that conform to patients’ skin and monitor the glucose levels in bodily fluids like sweat. In the past, manufacturers have developed these sensors using traditional strategies like photolithography or screen-printing.

However, these methods often require the use of harmful chemicals and costly cleanroom processing, while also producing a significant amount of waste.

The researchers utilized a 3D printing process called direct-ink-writing to produce a glucose monitor with much better stability and sensitivity than those developed using traditional manufacturing methods.

In direct-ink-writing, the researchers print inks out of 3D printing nozzles to create intricate and precise designs at extremely small scales. This enabled the team to print out a nanoscale material that is electrically conductive that can be used to develop flexible electrodes.

The new technique allows the Washington State research team to precisely apply the material in a uniform surface with few defects, which in part increases the sensor’s sensitivity.

In testing, the researchers found that the 3D-printed sensors performed better at detecting glucose signals than the traditionally produced electrodes. The new process also produces far less waste than traditional methods because 3D printers only use the amount of material needed.

“This can potentially bring down the cost,” Gozen said.

Manufacturers will need to integrate the printed biosensors with electronic components on a wearable platform for large-scale use. However, to consolidate manufacturing processes and further reduce costs, manufacturers could use the same 3D printer nozzles used to print the sensors to print the electronics and other components for wearable medical devices.

“Our 3D printed glucose sensor will be used as wearable sensor for replacing painful finger pricking,” Yuehe Lin, also from the School of Mechanical and Materials Engineering, said in a statement. “Since this is a noninvasive, needleless technique for glucose monitoring, it will be easier for children’s glucose monitoring.”

The researchers now hope to integrate the sensors into a packaged system that can be used as a wearable device for long-term glucose monitoring.

The study was published in Analytica Chimica Acta.