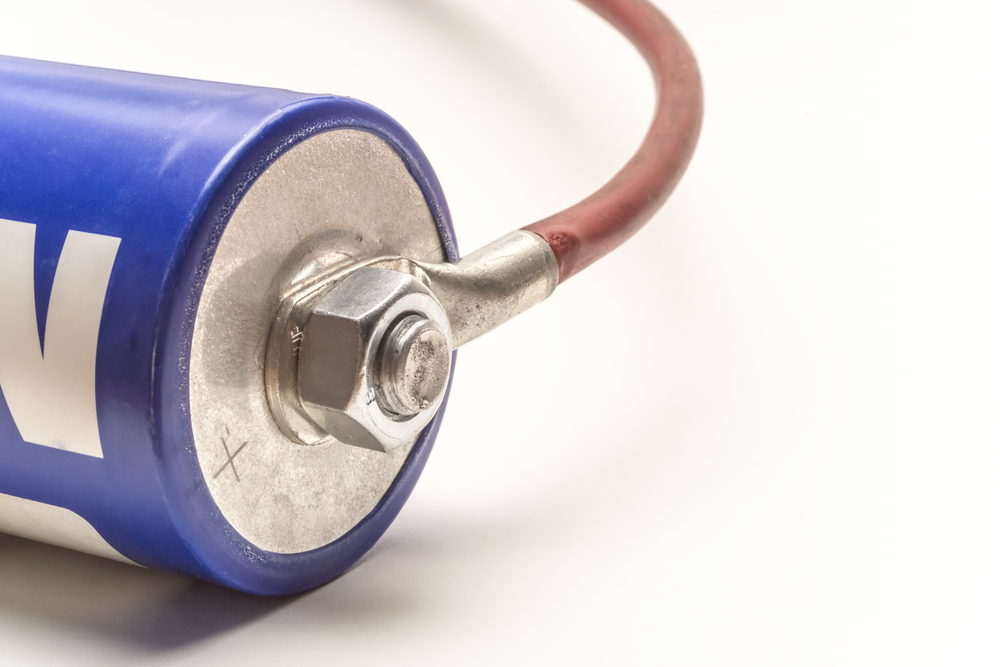 Researchers are using 3D printing to develop electrodes with the highest electric charge store per unit of surface area ever reported for a supercapacitor.

A research collaboration from the University of California Santa Cruz and the U.S. Department of Energy’s Lawrence Livermore National Laboratory have 3D printed a graphene aerogel that enabled them to develop a porous three-dimensional scaffold loaded with manganese oxide that yields better supercapacitor electrodes. The recently published their findings in Joule.      Yat Li, a professor of chemistry and biochemistry at UC Santa Cruz, explained the breakthrough in an interview with R&D Magazine.

“So what we’re trying to address in this paper is really the loading of the materials and the amount of energy we can store,” Li said. “What we are trying to do is use a printing method to print where we can control the thickness and volume.

“We demonstrate that when we increase the thickness of the electrode it does not affect the performance,” he added. “That means we can really prepare thick electrodes using 3D printing and not worry about the degradation of the performance.”

However, despite advances in technology that have made them more competitive for other applications, supercapacitors are not yet used in place of batteries because they hold less energy in the same amount of space and do not hold a charge for as long as batteries do.

The researchers previously demonstrated that ultrafast supercapacitor electrodes could be fabricated using a 3D printed graphene aerogel. In the new study, they improved the graphene aerogel enough to allow them to build a porous scaffold that they then loaded with manganese oxide, a commonly used pseudocapacitive material.

A pseudocapacitor is a type of supercapacitor that can store energy through a reaction at the electrode surface to give it a performance similar to batteries that store energy primarily through an electrostatic mechanism called electric double-layer capacitance.

However, a common issue for pseudocapacitors is that when the thickness of the electrode increases, the capacitance rapidly decreases. This occurs due to the sluggish ion diffusion in the bulk structure.

“The problem for conventional supercapacitor electrodes usually is when the films gets thicker the ion diffusion in this thick film will be an issue,” Li said.

“That’s a challenge because when you need to use this energy device to power something, you need a large amount of charges or energy and you have to increase the loading of you material,” he added. “When you increase the loading, the ion diffusion will be an issue that means you are not able to get a charge or discharge rapidly. It will take time for the ion to diffuse into the material to utilize it.”

According to Li, the challenge is to increase the mass loading of the pseudocapacitor material without sacrificing the energy storage capacity per unit mass or volume.

In the new study, the researchers were able to increase the mass loading to records levels of more than 100 milligrams of manganese oxide per square centimeter without compromising performance. The areal capacitance also increased linearly with the mass loading of manganese oxide and electrode thickness while the capacitance per gram remained unchanged.

The team demonstrated high performances with an electrode four millimeters thick with a periodic pore structure that enables both uniform deposition of the material and efficient ion diffusion for charging and discharging.

The printed structure is a lattice composed of cylindrical rods of the graphene aerogel that are porous, in addition to the pores in the lattice structure.

Supercapacitor devices made with the graphene aerogel/manganese oxide electrodes showed good cycling stability, retaining more than 90 percent of initial capacitance after 20,000 cycles of charging and discharging.

Li explained what the next step would be for the research team.

“An energy device requires to two electrodes and we demonstrated that we have very good positive electrodes,” he said. “So the next step is to find something that can match the performance of the positive electrode to increase the total energy density of the material.

“I think the lattice structure can be further improved as well to optimize the balance between the porosity and the loading of the material,” he added. “I think that the key message is that we are demonstrating a new way to fabricate supercapacitor electrodes. This will open us up to many new opportunities. This idea of printing electrodes is big.”