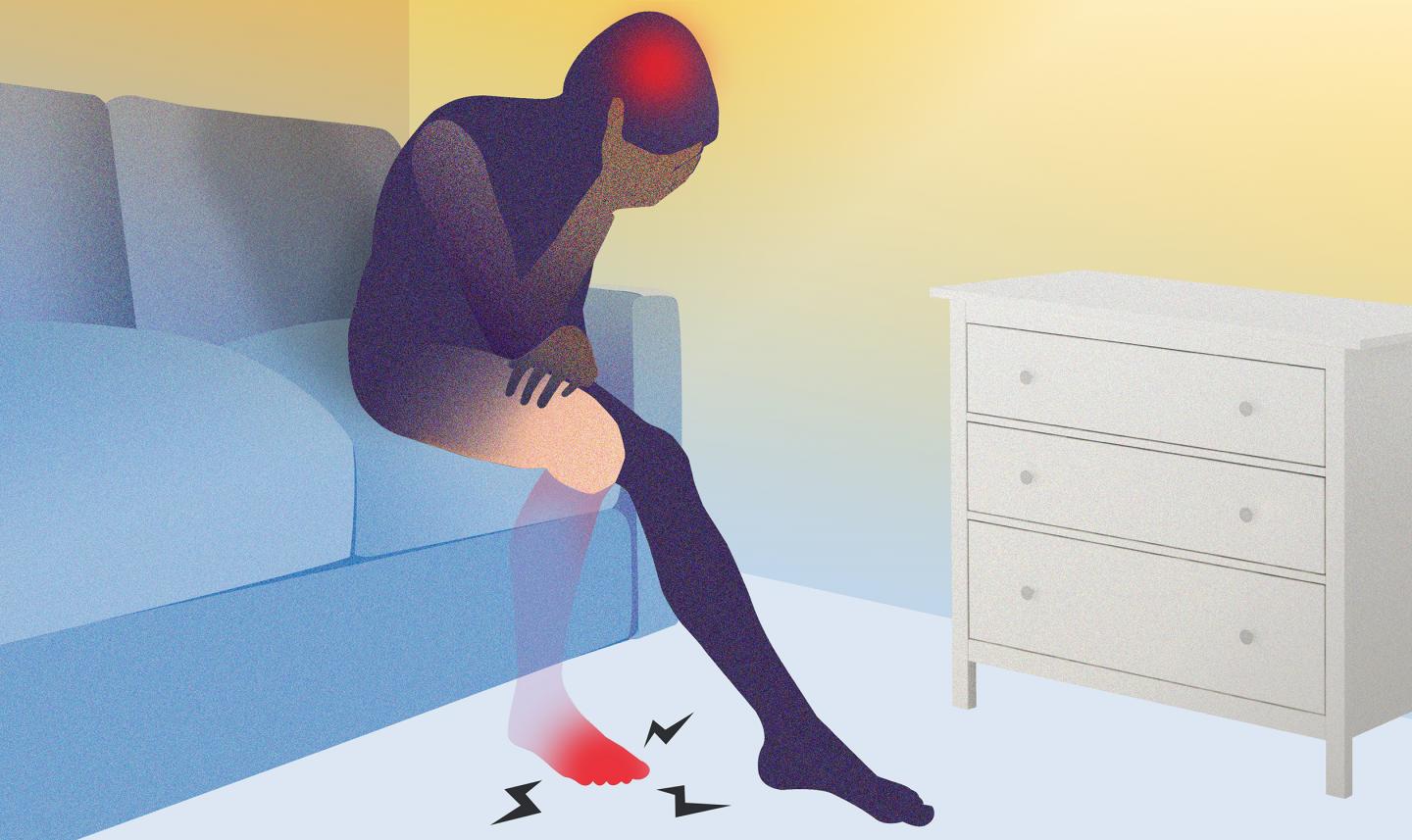 Sufferers of PLP describe a variety of sensations, from burning, aching, and throbbing to crushing and shooting pain. Credit: Yen Strandqvist/Chalmers University of Technology

Phantom limb pain is a poorly understood phenomenon, in which people who have lost a limb can experience severe pain, seemingly located in that missing part of the body. The condition can be seriously debilitating and can drastically reduce the sufferer’s quality of life. But current ideas on its origins cannot explain clinical findings, nor provide a comprehensive theoretical framework for its study and treatment.

Now, Max Ortiz Catalan, Associate Professor at Chalmers University of Technology, has published a paper that offers up a promising new theory – one that he terms ‘stochastic entanglement’.

He proposes that after an amputation, neural circuitry related to the missing limb loses its role and becomes susceptible to entanglement with other neural networks – in this case, the network responsible for pain perception.

“Imagine you lose your hand. That leaves a big chunk of ‘real estate’ in your brain, and in your nervous system as a whole, without a job. It stops processing any sensory input, it stops producing any motor output to move the hand. It goes idle – but not silent,” explains Max Ortiz Catalan.

Neurons are never completely silent. When not processing a particular job, they might fire at random. This may result in coincidental firing of neurons in that part of the sensorimotor network, at the same time as from the network of pain perception. When they fire together, that will create the experience of pain in that part of the body.

“Normally, sporadic synchronised firing wouldn’t be a big deal, because it’s just part of the background noise, and it won’t stand out,” continues Max Ortiz Catalan. “But in patients with a missing limb, such event could stand out when little else is going on at the same time. This can result in a surprising, emotionally charged experience – to feel pain in a part of the body you don’t have. Such a remarkable sensation could reinforce a neural connection, make it stick out, and help establish an undesirable link.”

Through a principle known as ‘Hebb’s Law’ – ‘neurons that fire together, wire together’ – neurons in the sensorimotor and pain perception networks become entangled, resulting in phantom limb pain. The new theory also explains why not all amputees suffer from the condition- the randomness, or stochasticity, means that simultaneous firing may not occur, and become linked, in all patients.

In the new paper, Max Ortiz Catalan goes on to examine how this theory can explain the effectiveness of Phantom Motor Execution (PME), the novel treatment method he previously developed. During PME treatment, electrodes attached to the patient’s residual limb pick up electrical signals intended for the missing limb, which are then translated through AI algorithms, into movements of a virtual limb in real time. The patients see themselves on a screen, with a digitally rendered limb in place of their missing one, and can then control it just as if it were their own biological limb . This allows the patient to stimulate and reactivate those dormant areas of the brain.

“The patients can start reusing those areas of brain that had gone idle. Making use of that circuitry helps to weaken and disconnect the entanglement to the pain network. It’s a kind of ‘inverse Hebb’s law’ – the more those neurons fire apart, the weaker their connection. Or, it can be used preventatively, to protect against the formation of those links in the first place,” he says.

The PME treatment method has been previously shown to help patients for whom other therapies have failed. Understanding exactly how and why it can help is crucial to ensuring it is administered correctly and in the most effective manner. Max Ortiz Catalan’s new theory could help unravel some of the mysteries surrounding phantom limb pain, and offer relief for some of the most affected sufferers.