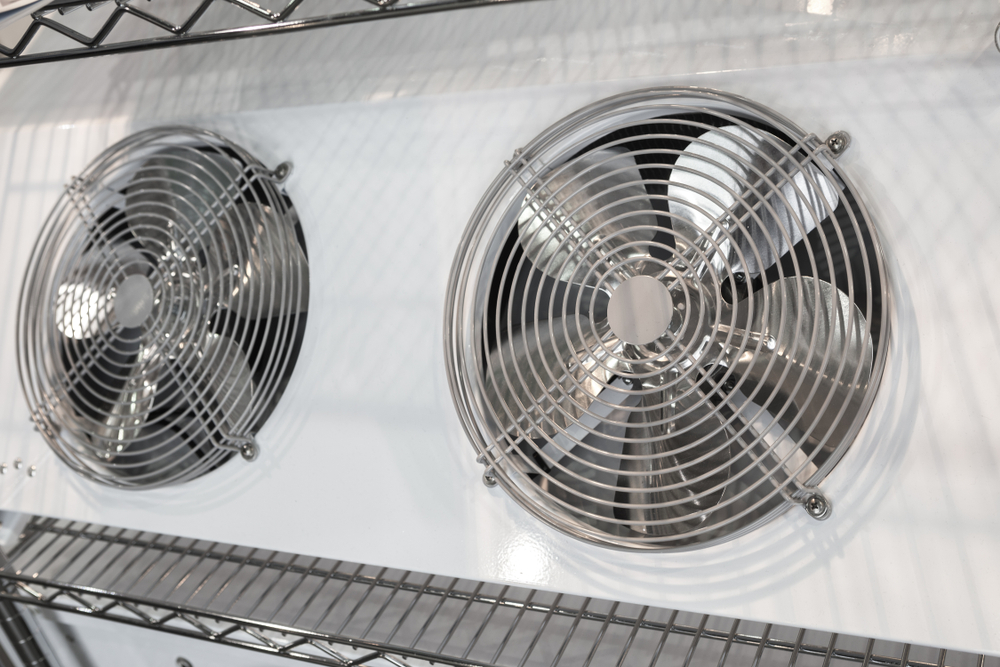 MIT researchers have devised a new way of providing cooling on a hot sunny day, using inexpensive materials and requiring no fossil fuel-generated power. The passive system, which could be used to supplement other cooling systems to preserve food and medications in hot, off-grid locations, is essentially a high-tech version of a parasol.

The system allows emission of heat at mid-infrared range of light that can pass straight out through the atmosphere and radiate into the cold of outer space, punching right through the gases that act like a greenhouse. To prevent heating in the direct sunlight, a small strip of metal suspended above the device blocks the sun’s direct rays.

The new system is described this week in the journal Nature Communications in a paper by research scientist Bikram Bhatia, graduate student Arny Leroy, professor of mechanical engineering and department head Evelyn Wang, professor of physics Marin Soljacic, and six others at MIT.

In theory, the system they designed could provide cooling of as much as 20 degrees Celsius (36 degrees Fahrenheit) below the ambient temperature in a location like Boston, the researchers say. So far, in their initial proof-of-concept testing, they have achieved a cooling of 6 C (about 11 F). For applications that require even more cooling, the remainder could be achieved through conventional refrigeration systems or thermoelectric cooling.

Other groups have attempted to design passive cooling systems that radiate heat in the form of mid-infrared wavelengths of light, but these systems have been based on complex engineered photonic devices that can be expensive to make and not readily available for widespread use, the researchers say. The devices are complex because they are designed to reflect all wavelengths of sunlight almost perfectly, and only to emit radiation in the mid-infrared range, for the most part. That combination of selective reflectivity and emissivity requires a multilayer material where the thicknesses of the layers are controlled to nanometer precision.

But it turns out that similar selectivity can be achieved by simply blocking the direct sunlight with a narrow strip placed at just the right angle to cover the sun’s path across the sky, requiring no active tracking by the device. Then, a simple device built from a combination of inexpensive plastic film, polished aluminum, white paint, and insulation can allow for the necessary emission of heat through mid-infrared radiation, which is how most natural objects cool off, while preventing the device from being heated by the direct sunlight. In fact, simple radiative cooling systems have been used since ancient times to achieve nighttime cooling; the problem was that such systems didn’t work in the daytime because the heating effect of the sunlight was at least 10 times stronger than the maximum achievable cooling effect.

But the sun’s heating rays travel in straight lines and are easily blocked — as we experience, for example, by stepping into the shadow of a tree on a hot day. By shading the device by essentially putting an umbrella over it, and supplementing that with insulation around the device to protect it from the ambient air temperature, the researchers made passive cooling more viable.

“We built the setup and did outdoors experiments on an MIT rooftop,” Bhatia says. “It was done using very simple materials” and clearly showed the effectiveness of the system.

“It’s kind of deceptively simple,” Wang says. “By having a separate shade and an emitter to the atmosphere — two separate components that can be relatively low-cost — the system doesn’t require a special ability to emit and absorb selectively. We’re using angular selectivity to allow blocking the direct sun, as we continue to emit the heat-carrying wavelengths to the sky.”

This project “inspired us to rethink about the usage of ‘shade,'” says Yichen Shen, a research affiliate and co-author of the paper. “In the past, people have only been thinking about using it to reduce heating. But now, we know if the shade is used smartly together with some supportive light filtering, it can actually be used to cool the object down,” he says.

One limiting factor for the system is humidity in the atmosphere, Leroy says, which can block some of the infrared emission through the air. In a place like Boston, close to the ocean and relatively humid, this constrains the total amount of cooling that can be achieved, limiting it to about 20 degrees Celsius. But in drier environments, such as the southwestern U.S. or many desert or arid environments around the world, the maximum achievable cooling could actually be much greater, he points out, potentially as much as 40 C (72 F).

While most research on radiative cooling has focused on larger systems that might be applied to cooling entire rooms or buildings, this approach is more localized, Wang says: “This would be useful for refrigeration applications, such as food storage or vaccines.” Indeed, protecting vaccines and other medicines from spoilage in hot, tropical conditions has been a major ongoing challenge that this technology could be well-positioned to address.

Even if the system wasn’t sufficient to bring down the temperature all the way to needed levels, “it could at least reduce the loads” on the electrical refrigeration systems, to provide just the final bit of cooling, Wang says.

The system might also be useful for some kinds of concentrated photovoltaic systems, where mirrors are used to focus sunlight on a solar cell to increase its efficiency. But such systems can easily overheat and generally require active thermal management with fluids and pumps. Instead, the backside of such concentrating systems could be fitted with the mid-infrared emissive surfaces used in the passive cooling system, and could control the heating without any active intervention.

As they continue to work on improving the system, the biggest challenge is finding ways to improve the insulation of the device, to prevent it from heating up too much from the surrounding air, while not blocking its ability to radiate heat. “The main challenge is finding insulating material that would be infrared-transparent,” Leroy says.

The team has applied for patents on the invention and hope that it can begin to find real-world applications quite rapidly.