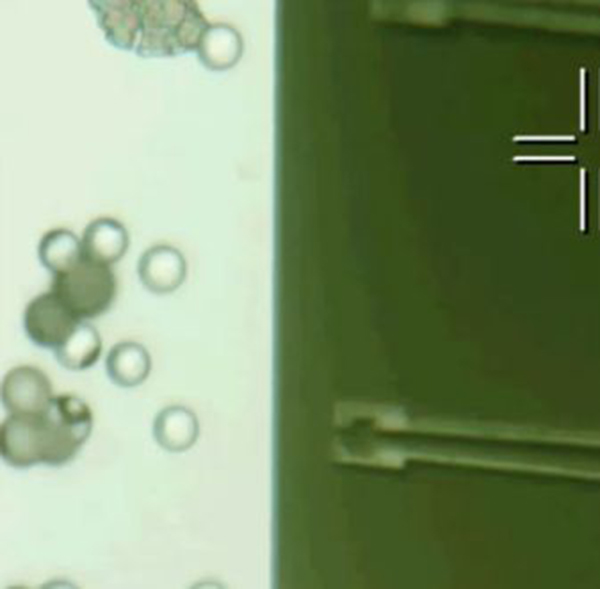 A research team at Worcester Polytechnic Institute (WPI) has developed a revolutionary, light-activated semiconductor nanocomposite material that can be used in a variety of applications, including microscopic actuators and grippers for surgical robots, light-powered micro-mirrors for optical telecommunications systems, and more efficient solar cells and photodetectors.

“This is a new area of science,” said Balaji Panchapakesan, associate professor of mechanical engineering at WPI and lead author of a paper about the new material published in Scientific Reports, an open access journal from the publishers of Nature. “Very few materials are able to convert photons directly into mechanical motion. In this paper, we present the first semiconductor nanocomposite material known to do so. It is a fascinating material that is also distinguished by its high strength and its enhanced optical absorption when placed under mechanical stress.

“Tiny grippers and actuators made with this material could be used on Mars rovers to capture fine dust particles.” Panchapakesan noted. “They could travel through the bloodstream on tiny robots to capture cancer cells or take minute tissue samples. The material could be used to make micro-actuators for rotating mirrors in optical telecommunications systems; they would operate strictly with light, and would require no other power source.”

Like other semiconductor materials, molybdenum disulfide, the material described in the Scientific Reports paper (“Chromatic Mechanical Response in 2-D Layered Transition Metal Dichalcogenide (TMDs)-based Nanocomposites”), is characterized by the way electrons are arranged and move about within its atoms. In particular, electrons in semiconductors are able to move from a group of outer orbitals called the valence band to another group of orbitals known as the conduction band only when adequately excited by an energy source, like an electromagnetic field or the photons in a beam of light. Crossing the “band gap,” the electrons create a flow of electricity, which is the principal that makes computer chips and solar cells possible.

When the negatively-charged electrons move between orbitals, they leave behind positively charged voids known as holes. A pair of a bound electron and an electron hole is called an exciton.

In their experiments, Panchapakesan and his team, which included graduate students Vahid Rahneshin and Farhad Khosravi, as well as colleagues at the University of Louisville and the University of Warsaw Pasteura, observed that the atomic orbitals of the molybdenum and sulfur atoms in molybdenum disulfide are arranged in a unique way that permits excitons within the conduction band to interact with what are known as the p-orbitals of the sulfur atoms. This “exciton resonance” contributes to the strong sigma bonds that give the two dimensional array of atoms in molybdenum sulfide its extraordinary strength. The strength of this resonance is also responsible for a unique effect that can generate heat within the material. It is the heat that gives rise to the material’s chromatic (light-induced) mechanical response.

To take advantage of the later phenomenon, Panchapakesan’s team created thin films made up of just one to three layers of molybdenum disulfide encased in layers of a rubber-like polymer. They exposed these nanocomposites to various wavelengths of light and found that the heat generated as a result of the exciton resonance caused the polymer to expand and contract, depending on the wavelength of the light used. In previous work, Panchapakesan’s team harnessed this photo-mechanical response by fabricating tiny grippers that open and close in response to light pulses. The grippers can capture plastic beads the size of a single human cell.

In further testing, Panchapakesan and his team discovered another unique behavior of the molybdenum disulfide composite that opens the door to a different set of applications. Employing what is known as strain engineering, they stretched the material and discovered that mechanical stresses increased its ability to absorb light.

“This is something that cannot be done with conventional thin-film semiconductors,” Panchapakesan said, “because when you stretch them, they will prematurely break. But with its unique material strength, molybdenum disulfide can be stretched. And its increased optical absorption under strain makes it a good candidate for more efficient solar cells, photodetectors, and detectors for thermal and infrared cameras.

“The exciton resonance, photomechanical response, and increased optical absorption under strain make this an extraordinary material and an intriguing subject for further investigation,” he added.