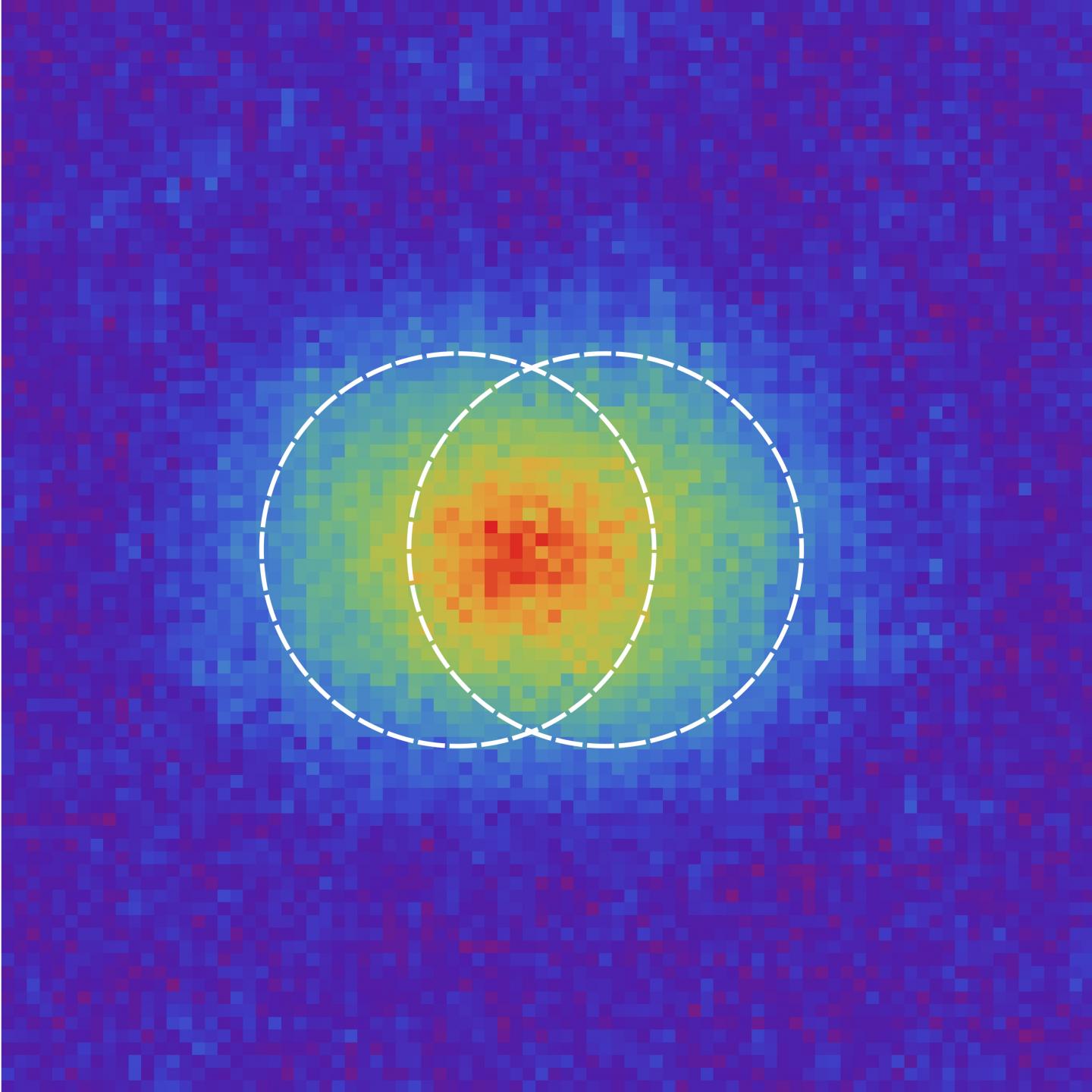 Optical resolution is the ability of an imaging system to distinguish between closely spaced objects. In the picture, we show two points separated by the Rayleigh’s limit, as observed in the experiment. Source: Martin Paúr – Palacký University.

The resolution of an optical system (like a telescope or a camera) is limited by the so-called Rayleigh criterion. An international team, led by Complutense University of Madrid, has broken this limit, showing that it is not a fundamental curse. This opens the door to considerable improvement in resolution and could force the revision of Optics textbooks. This research is the culmination of a thrilling race between four groups of scientists around the world.

An ideal optical system would resolve a point perfectly as a point. However, due to the wave nature of light, diffraction occurs, caused by the limiting edges of the system’s apertures. The result is that the image of a point is a blur. This limits the resolution of any imaging system, including microscopes, telescopes, and cameras. The quantitative formulation of this phenomenon is the time-honored Rayleigh’s limit.

Rayleigh’s curse limits the minimum distance that can be distinguished with visible light: on the order of 0.1 micrometer (a bacterium, for example, has a size of 2 micrometers), “which is a great limitation to our ability to see finer details”, says Luis Sánchez Soto, Professor at the Faculty of Physics at Complutense University of Madrid (UCM).

In cooperation with scientists from Palacký University in Olomouc (Czech Republic), the physicist has managed to break this limit, reaching resolutions up to 17 times lower than those purported by Lord Rayleigh.

“Textbook Optics should be reconsidered and Rayleigh’s limit shall be placed in a broader context”, says Sánchez Soto, who is also a researcher at the Max-Planck Institute for the Science of Light in Erlangen (Germany).

The research, published in Optica, is the culmination of a thrilling race between four teams of scientists around the world. Everyone wanted to prove the violation of this limit, but the group led by the Spanish was the first to achieve it.

The experiment shows that Rayleigh’s curse is not inherent, but a consequence of not having chosen a good detection strategy. “So far, all our telescopes or microscopes directly observed intensity. Here we propose a scheme that optimizes the information obtainable and can exceed the Rayleigh limit”, says the physicist.

The applications of this scientific breakthrough are “indubitable”. Some companies have already shown interest in the discovery.