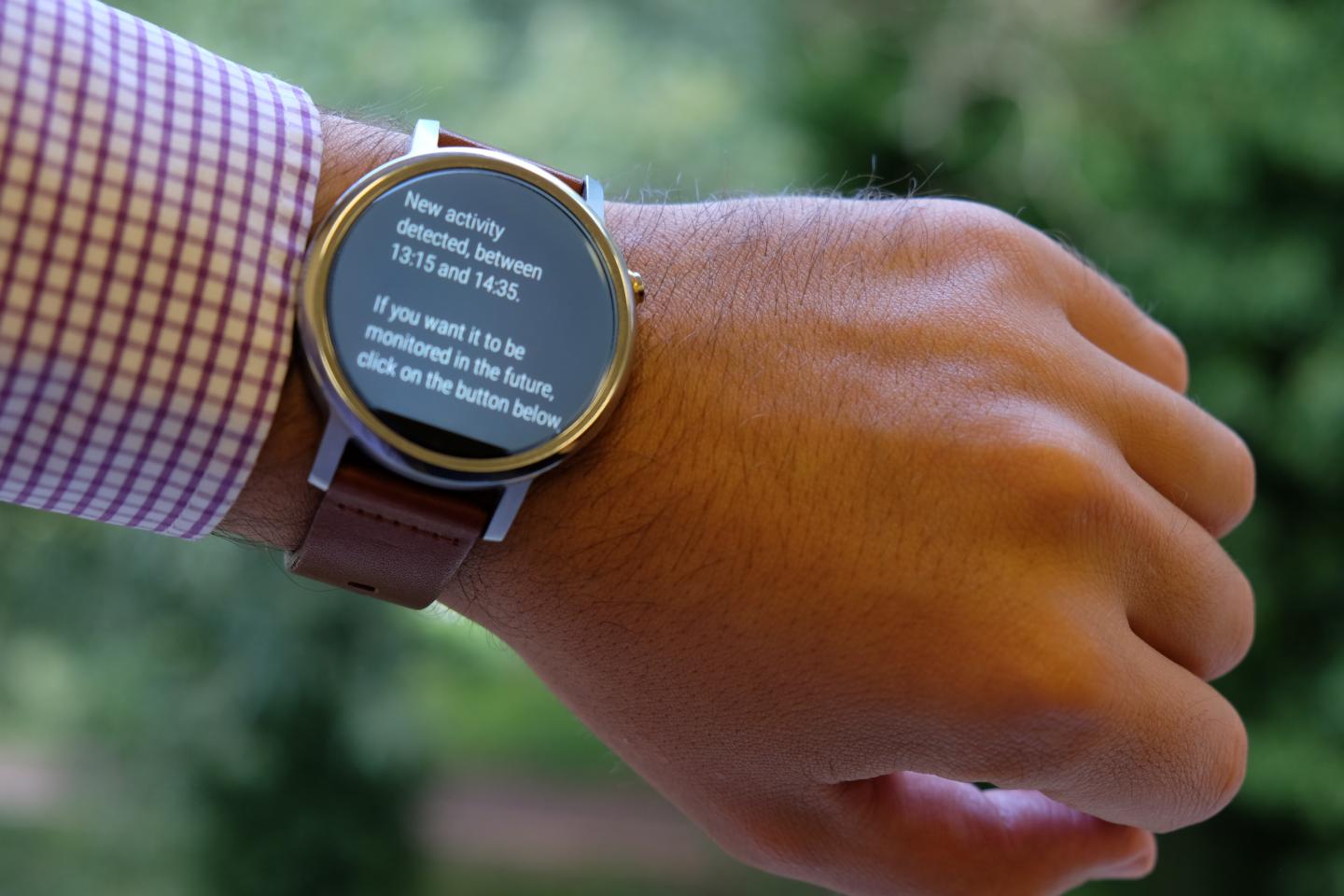 Scientists at the University of Sussex have invented a new algorithm that enables smartwatches to detect and record your every move, without being told beforehand what to look for.

Current smartwatches can recognise a limited number of particular activities, including yoga and running, but these are programmed in advance.

This new method enables the technology to discover activities as they happen, not just simply when exercising, but also when brushing your teeth or cutting vegetables.

The algorithm can even track sedentary activity, for instance whether you are lying or sitting down.

Dr Hristijan Gjoreski of the University of Sussex said: “Current activity-recognition systems usually fail because they are limited to recognising a predefined set of activities, whereas of course human activities are not limited and change with time.

“Here we present a new machine-learning approach that detects new human activities as they happen in real time, and which outperforms competing approaches.

“Traditional models ‘ cluster’ together bursts of activity to estimate what a person has been doing, and for how long.

For example, a series of continuous steps may be clustered into a walk. Where they falter is that they do not account for pauses or interruptions in the activity, and, so, a walk interrupted with two short stops would be clustered into three separate walks.

The new algorithm tracks ongoing activity, paying close attention to transitioning, as well as the activity itself. In the example above, it assumes that the walk will continue following the short pauses, and therefore holds the data while it waits.

Dr Daniel Roggen, head of the Sensor Research Technology Group at the University of Sussex, will speak at the British Science Festival on 6 September in the event ‘In the era of wearable technologies’ . He added: “Future smartwatches will be able to better analyse and understand our activities by automatically discovering when we engage in some new type of activity.

“As well as for fitness and lifestyle trackers, this can be used in healthcare scenarios and in fields such as consumer behaviour research.”

The research will be published at the International Symposium on Wearable Computers in Hawaii, USA, in September.