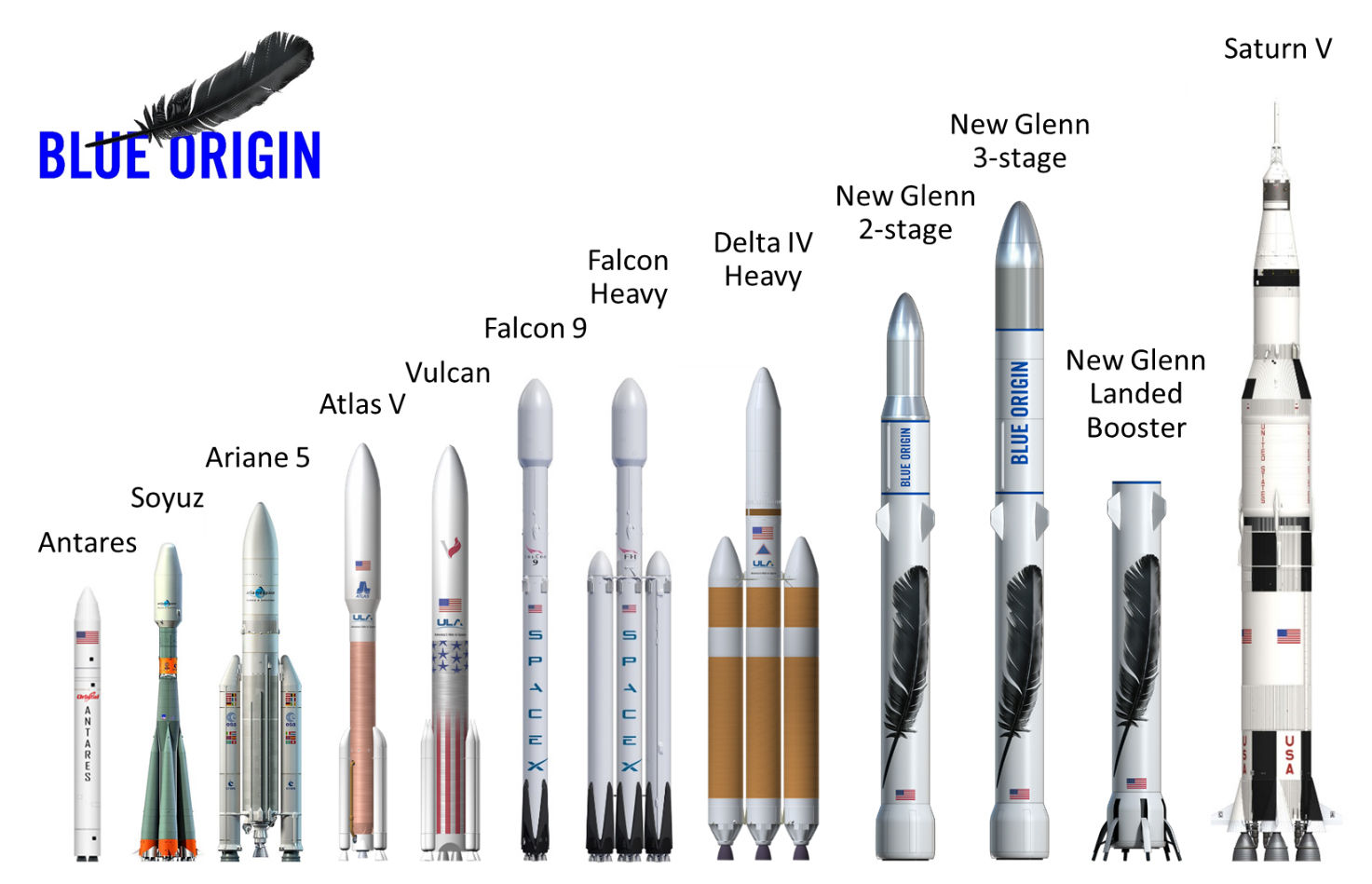 The space race is heating up between Elon Musk and Amazon CEO Jeff Bezos.

Blue Origin, the spaceflight firm founded by Bezos, unveiled a new rocket that will be used for future missions. The vessel’s name is the New Glenn as a tribute to John Glenn, the first U.S. astronaut to orbit around the Earth, reported The Verge.

This spacecraft will be 23 feet in diameter. Its height varies between 270 and 313 feet high based on whether one or two additional stages are added to the top of the rocket.

One upper stage will help the rocket send satellites and people into lower earth orbit whereas two upper stages could help the New Glenn take payloads beyond this orbit, according to The Verge.

A series of BE-4 engines will power the main section of the rocket, but this power source is still under development by the company. Ultimately, this could yield a whopping 3.85 million pounds of thrust.

The rocket will still have an element of reusability too. This factor is something both Bezos and Musk are trying to refine. Reusable rockets with the ability to safely land and easily be refueled for multiple trips may be able to drastically lower the cost of spaceflight.

Bezos’s new project is still under development though. It’ll be built at the firm’s manufacturing facility in Cape Canaveral, Florida and is expected to fly before the end of the decade, per Bezos’s statement.

“Our vision is millions of people living and working in space, and New Glenn is a very important step,” Bezos added.

You can see a graphic of the rocket above.