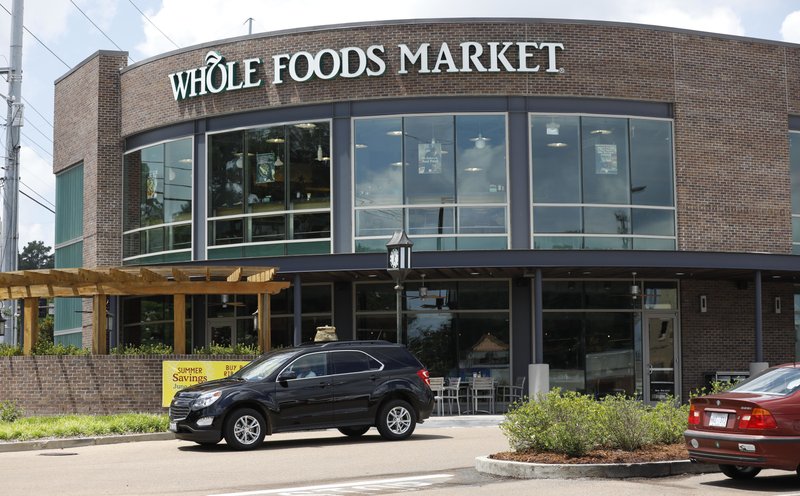 Online retail giant Amazon is making a bold expansion into physical stores with a $13.7 billion deal to buy Whole Foods, setting the stage for radical retail experiments that could revolutionize how people buy groceries and everything else.

Amazon could try to use automation and data analysis to draw more customers to stores while helping Whole Foods cut costs and perhaps prices. Meanwhile, the more than 460 Whole Foods stores in the U.S., Canada and the U.K. could be turned into distribution hubs – not just for delivering groceries but as pickup centers for online orders.

Moody’s lead retail analyst Charlie O’Shea said the deal could be “transformative, not just for food retail, but for retail in general.”

Walmart, which has the largest share of the U.S. food market, has already been pushing harder into e-commerce to build on strength in its stores and groceries. It announced Friday that it’s buying online men’s clothing retailer Bonobos for $310 million, following a string of online acquisitions including ModCloth and Moosejaw.

But if Amazon can be the one-stop shop for everything – groceries had been one of the key missing elements – customers would have even less of a need to go to Walmart or elsewhere.

But it was Whole Foods that fell behind as shoppers found alternatives to the organic and natural foods it helped popularize since its founding in 1978. Whole Foods has seen its sales slump and recently announced a board shake-up and cost-cutting plan amid pressure from activist investor Jana Partners.

Groceries are already a fiercely competitive business, with low-cost rivals like Aldi putting pressure on traditional supermarket chains and another discounter, Lidl, opening its first U.S. stores just this week. Whole Foods itself had launched an offshoot chain named after its “365” private label brand in a nod to the popularity of no-frills chains.

The Amazon-Whole Foods combination, expected to close by the end of the year, could put even more pressure on those chains and other big grocery sellers.

“Dominant players like Walmart, Kroger, Costco and Target now have to look over their shoulders at the Amazon train coming down the tracks,” O’Shea said.

TECHNOLOGY TO THE RESCUE

Amazon could try to cut operational costs at Whole Foods by using the same types of robots that already move inventory around at its e-commerce fulfillment centers.

The company also has been testing sensors at a convenience store in Seattle to track items as shoppers put them into baskets or return them to the shelf. Shoppers skip the checkout line, and their Amazon accounts get automatically charged. Gartner retail analyst Robert Hetu said Amazon could bring pieces of that to Whole Foods to further cut costs.

Both companies said there will be no layoffs, but they did not respond to other questions about Amazon’s plans for Whole Foods. Whole Foods will keep operating stores under its name. In an email to customers, the company said it planned to maintain the same standards under Amazon, including bans on artificial flavors and colors.

Whole Foods, often derided as “Whole Paycheck” for its high prices, could see its reputation change if Amazon, a master at undercutting its brick-and-mortar rivals, passes any savings from automation to customers.

“This might be an opportunity for consumers who have felt that Whole Foods is inaccessible,” said Lauren Beitelspacher, a marketing professor at Babson College in Massachusetts.

Amazon could also get a better picture of customers by marrying data from Amazon and Whole Foods’ loyalty programs. Hetu said Amazon could make pertinent offers to attract shoppers of one but not the other, or get shoppers of both to buy more.

Ryne Misso of the research firm Market Track said a customer who buys fresh fruit regularly at Whole Foods might be offered a deal on blenders and serving bowls. Or someone who buys granola bars monthly from Whole Foods and paper towels every other week from Amazon might be offered the items in a single shipment, delivered to the door.

The Whole Foods deal could also get more people to try grocery delivery, something many shoppers have been hesitant about because of concerns about meat and produce quality. Pachter said Amazon might get customers over those fears if they know the delivered items are the same as those they would find at the local store.

On the flip side, Amazon could use Whole Foods stores as pickup locations for deliveries, an option Amazon already offers in many cities by installing lockers at 7-Eleven and other retailers.

“Instead of deliver to my home, why not just come down here? I’m shopping here anyways,” shopper Alina Gura said at a Whole Foods in West Hartford, Connecticut.

That could help Amazon cut shipping costs and give the company opportunities to sell even more products once in the store. The stores could also showcase gadgets such as Kindle e-readers and Fire tablets. One day, these stores might even serve as launch centers for Amazon’s delivery drones.