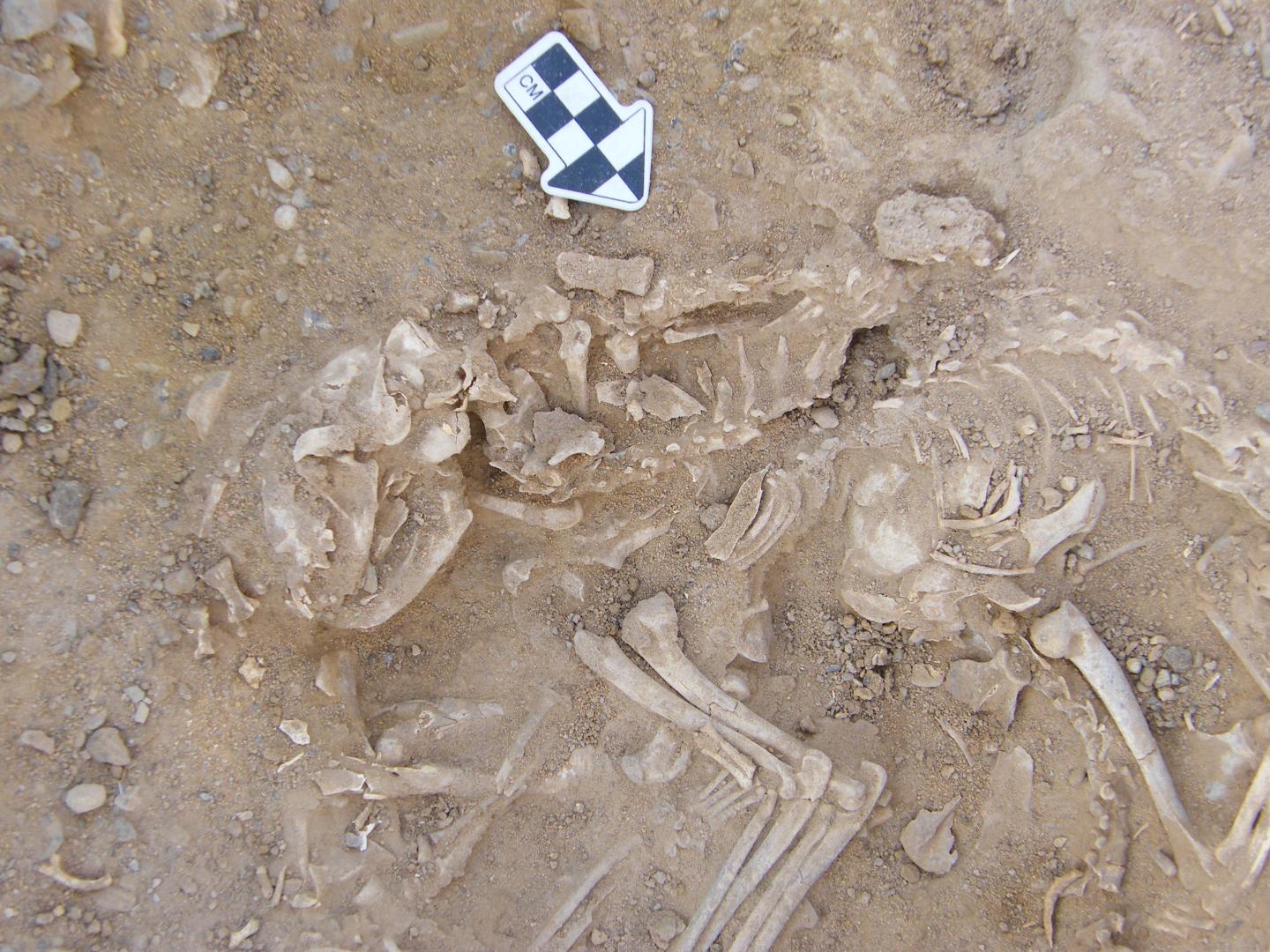 These are several cats buried in a 6,000-year-old pit in Hierakonpolis, Egypt. Credit: Hierakonpolis Expedition

DNA found at archaeological sites reveals that the origins of our domestic cat are in the Near East and ancient Egypt. Cats were domesticated by the first farmers some 10,000 years ago. They later spread across Europe and other parts of the world via trade hub Egypt. The DNA analysis also revealed that most of these ancient cats had stripes: spotted cats were uncommon until the Middle Ages.

Five subspecies of the wildcat Felis silvestris are known today. All skeletons look exactly alike and are indistinguishable from that of our domestic cat. As a result, it’s impossible to see with the naked eye which of these subspecies was domesticated in a distant past. Paleogeneticist Claudio Ottoni and his colleagues from KU Leuven (University of Leuven) and the Royal Belgian Institute of Natural Sciences set out to look for the answer in the genetic code. They used the DNA from bones, teeth, skin, and hair of over 200 cats found at archaeological sites in the Near East, Africa, and Europe. These remains were between 100 and 9,000 years old.

The DNA analysis revealed that all domesticated cats descend from the African wildcat or Felis silvestris lybica, a wildcat subspecies found in North Africa and the Near East. Cats were domesticated some 10,000 years ago by the first farmers in the Near East. The first agricultural settlements probably attracted wildcats because they were rife with rodents. The farmers welcomed the wildcats as they kept the stocks of cereal grain free from vermin. Over time, man and animal grew closer, and selection based on behaviour eventually led to the domestication of the wildcat.

Migrating farmers took the domesticated cat with them. At a later stage, the cats also spread across Europe and elsewhere via trade hub Egypt. Used to fight vermin on Egyptian trade ships, the cats travelled to large parts of South West Asia, Africa, and Europe. Bones of cats with an Egyptian signature have even been found at Viking sites near the Baltic Sea.

“It’s still unclear, however, whether the Egyptian domestic cat descends from cats imported from the Near East or whether a separate, second domestication took place in Egypt,” says researcher Claudio Ottoni. “Further research will have to show.” The scientists were also able to determine the coat pattern based on the DNA of the old cat bones and mummies. They found that the striped cat was much more common in ancient times. This is also illustrated by Egyptian murals: they always depict striped cats. The blotched pattern did not become common until the Middle Ages.