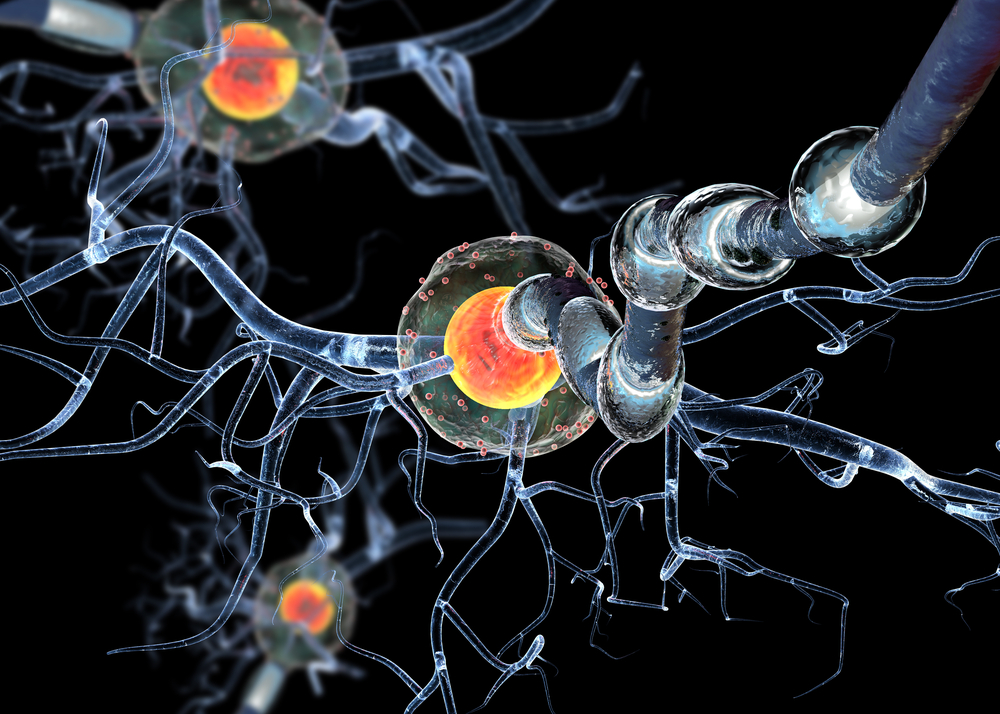 The antidepressant clomipramine may also alleviate symptoms of multiple sclerosis (MS), specifically in its progressive form, i.e. when it occurs without relapses or remissions. As yet, drugs for this type of MS have been virtually non-existent. Researchers collaborating with Prof V. Wee Yong, PhD, from the University of Calgary and Dr Simon Faissner from Ruhr-Universität Bochum screened 1,040 generic therapeutics and, based on preclinical studies, identified one that is suitable for the treatment of multiple sclerosis. They published their results in the journal Nature Communications from December 19, 2017.

Today, twelve drugs have been approved for the treatment of relapsing-remitting multiple sclerosis; for the progressive types, on the other hand, only a few therapy approaches exist. “The mechanisms causing damage in progressive MS are not always the same as in relapsing-remitting MS. This is why the latter requires different therapeutic approaches,” says Simon Faissner. As postdoctoral researcher of the Department of Neurology at St Josef-Hospital in Bochum, he contributed to a study carried out at the Cumming School of Medicine, University of Calgary as a visiting scholar, funded by the grant for medical research awarded by the Ruhr-Universität’s Faculty of Medicine.

The team worked with approved drugs, the side effects of which have already been amply documented. From among those drugs, the researchers selected 249 well-tolerated therapeutics that enter the nervous system safely; this is where chronic inflammation occurs in progressive MS. Using cell cultures, they tested which of the 249 substances are capable of protecting nerve cells from the damaging influence of iron. In MS patients, iron is released due to cell damage, damaging nerve cells in turn.

Following those tests, 35 potential candidates were identified; the researchers subsequently analysed them with regard to additional properties: investigating, for example, if they can reduce damage to mitochondria – the powerhouses of the cells – or if they minimise the activity of leucocytes that attack the insulation of nerve cells in MS patients. In the process, the drug clomipramine proved promising.

In the next step, the researchers analysed the substance in mice suffering from a disease comparable with relapsing-remitting multiple sclerosis in humans. The therapy suppressed the neurological disturbances completely; as a result, damages to the nerve cells and inflammation were minimised.

In a subsequent test, they treated mice with a disease that resembles progressive MS in humans. Here, too, the therapy proved effective, provided the researchers applied it immediately after the first clinical symptoms became apparent. Symptoms such as paralysis were thus reduced – unlike in control animals that were treated with placebo drugs.

Simon Faissner returned from Canada to Bochum in January 2017. As a member of Prof Dr Ralf Gold’s research group, he is continuously striving to identify new drugs with the potential of protecting from MS and to gain a better understanding of the mechanisms underlying the progressive type of the disease.

“Based on promising preclinical data, our long-term objective is to study clomipramine as well as other therapeutics selected in the screening process on patients in clinical studies,” explains Faissner. “An advantage of generic drugs is the fact that there is ample clinical experience regarding their potential side effects.” Accordingly, there is no need to perform phase-1 trials to study the tolerance of the drug in healthy volunteers. “The funding of such studies always poses a considerable challenge,” concludes Faissner.

In the Western world, multiple sclerosis is the most common cause of neurological disabilities in young people. In MS patients, leukocytes damage the layer surrounding nerve cells, the so-called myelin sheath. This results in neurological disturbances; in 85 per cent of patients, the disease is characterised by clearly defined relapses and may cause e.g. visual impairment, paralysis or numbness. The majority of patients experience gradual deterioration after 15 to 20 years, which is referred to as progression. In ten per cent of the patients, the disease is progressive from the outset, without any relapses along the way.