The systems, named Hellfire and Centennial, are upgrades for the lab’s DOD Supercomputing Resource Center, and are part of a modernization program to bring new capabilities to Army researchers.

“I want to extend my thanks to the DSRC staff, both the government and the contract staff, and HPE, the system builder for getting the systems installed, tested and operational for the user community,” said Lee Ann Brainard, acting director at the center.

Tom Kendall, the center’s technical director, explained how the newest systems represent the first acquired with an increased focus on full system-scale performance.

“Many of the previous systems in the HPCMP utilized blocking communications topologies; whereas Centennial and Hellfire utilize a full non-blocking fat tree topology, which also incorporates significant redundancy,” Kendall said. “The benefits we expected to see in raw performance, consistency of performance, and fault isolation have all been noted by pioneer and production users.”

The Centennial system augments the center’s Excalibur supercomputer and extends the total high performance computing capability to nearly 8.2 petaflops. A petaflop is a measure of a computer’s processing speed, whereas one petaflop is a thousand trillion operations per second.

The center also has a robust outreach program to inform and educate users across the DOD about the capabilities and resources available with the Army supercomputers. 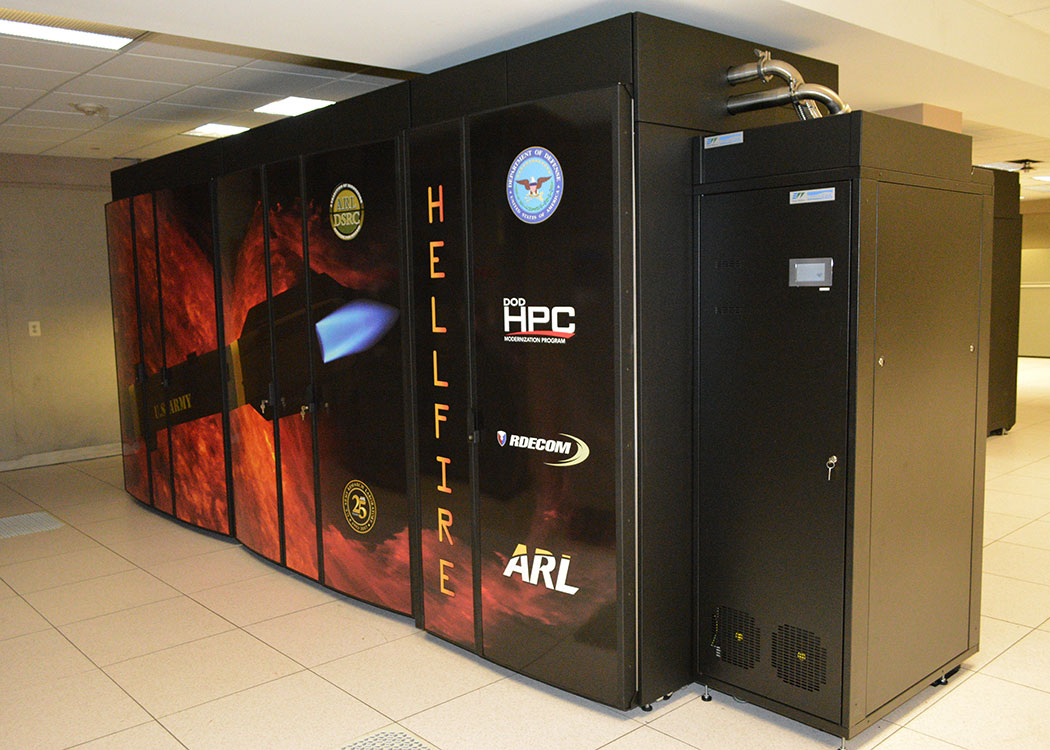 The Hellfire supercomputer is an upgrade for the U.S. Army Research Laboratory’s DOD Supercomputing Resource Center, and is part of a modernization program to bring new capabilities to Army researchers. (U.S. Army photo)

Leadership said it anticipates significant growth in the use of these resources to enhance Army readiness. Their vision is to accelerate research, development, technology and engineering breakthroughs – something the center is achieving.