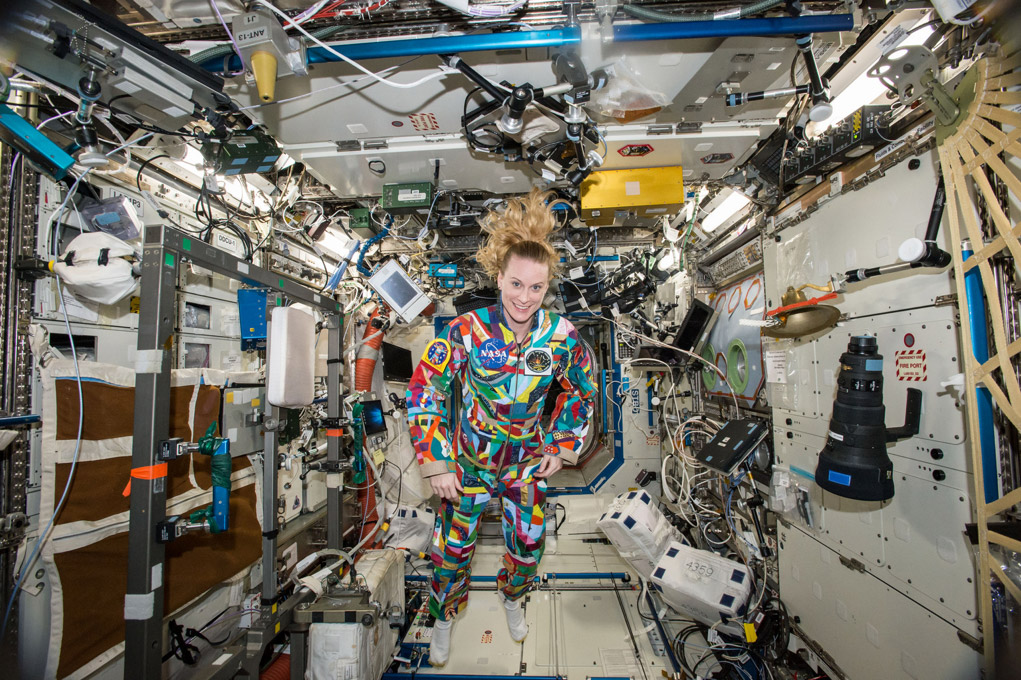 Rubins, the first person to sequence DNA on the ISS by culturing beating heart cells, took part in the session on July 18 at the annual conference held in Washington D.C.

DNA sequencing identifies an organism’s blueprint—the process used to determine the precise order of the four chemical building blocks in a single DNA strand. Scientists use it to advance research, including identifying the genes responsible for certain genetic diseases through the blueprints.

Rubins used a hand-held, USB-powered DNA sequencer—the MinION—to determine the DNA sequencing for a mouse, bacteria and a virus. The goal of the experiment was to show that DNA sequencing is possible in space, which could lead to the potential to enable the identification of microorganisms, monitor changes in microbes and humans in response to spaceflight, as well as aid in the detection of DNA-based life elsewhere in the universe.

Rubins investigated where human skin cells were induced to become stem cells, enabling them to differentiate into any type of cell. The research team forced stem cells to grow into human heart cells and cultured aboard the space station for one month.

During her time in space, Rubins gained a cult following and has been dubbed #AstroKate by internet commenters.  Rubins earned a doctorate in cancer biology from Stanford University and was selected in 2009 for the 20th NASA astronaut class after she helped develop the first smallpox infection model for the U.S. Army Medical Research Institute of Infectious Diseases and the U.S. Centers for Disease Control and Prevention.

Joining Rubins for the “Revolutionizing Science from Ground to Orbit” session was Dr. Arun Sharma, from Harvard Medical School and Sarah Wallace, Ph.D., from NASA to discuss in a discussion on their ground-based experience with respect to space-based research design decisions, preparations and expectations.