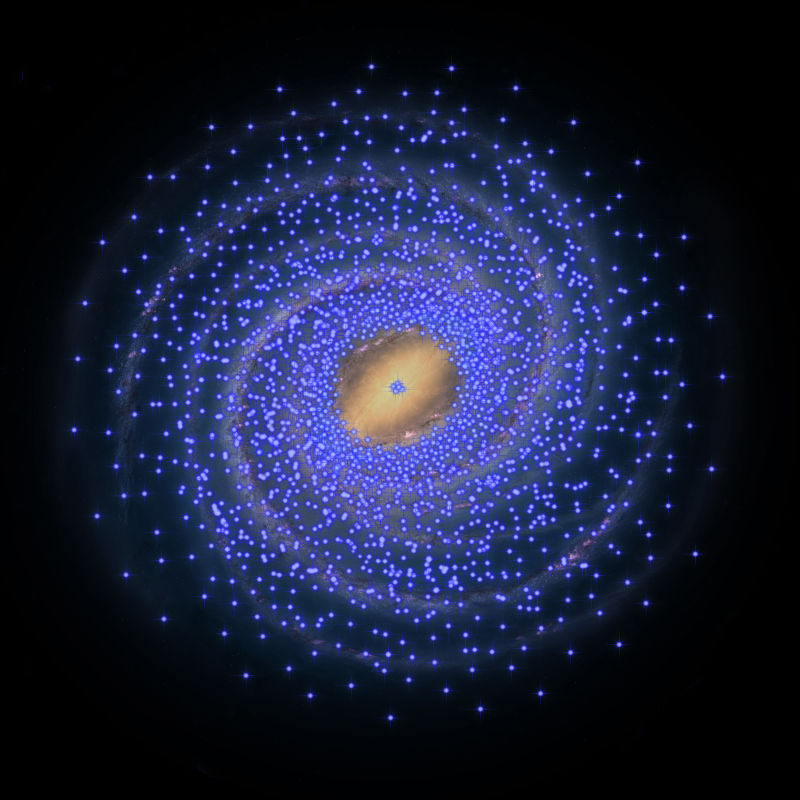 The distribution of young stars, called Cepheids, is shown in blue. Aside for a small clump at the galactic center, the central 8,000 light years features very few Cepheids. (Image: University of Tokyo)

New research indicates that a long stretch of the Milky Way galaxy is completely devoid of young stars known as a stellar void.

An international team of astronomers led by University of Tokyo Professor Noriyuki Matsunaga, Ph.D., discovered this region after analyzing infrared observations obtained through a Japanese-South African telescope based in South Africa.

The Milky Way houses billions of stars and mapping their distribution provides insight into how the galaxy itself developed.

The researchers were searching for Cepheids, a group of stars that are among the youngest in the galaxy, wrote Gizmodo. These celestial structures are usually easy to find and pulsate in a predictable pattern allowing astronomers to ascertain the distance and age of the stars.

However, the galaxy we reside in is filled with light-blocking interstellar dust that shields most stars from view. The infrared images compensated for that by cutting through the debris, revealing there was a huge region extending thousands of light years with barely any Cepheids.

“We already found some while ago that there are Cepheids in the central heart of our Milky Way (in a region about 150 light years in radius). Now we find that outside this there is a huge Cepheid desert extending out to 8000 light years from the center,” said Matsunaga in a statement.

In addition, this discovery suggests that a sizable portion of the Milky Way, known as the Extreme Inner Disk, hosts no young stars. It supports previous research done by radio astronomers who realized no new stars will be born in this region as well, according to Gizmodo.

Next, the astronomers will study the movement and chemical composition of Cepheids to see if they can learn how the Milky Way galaxy evolved over time and why it has a desolate core.

Their paper discussing this research was published in the Monthly Notices of the Royal Astronomical Society.