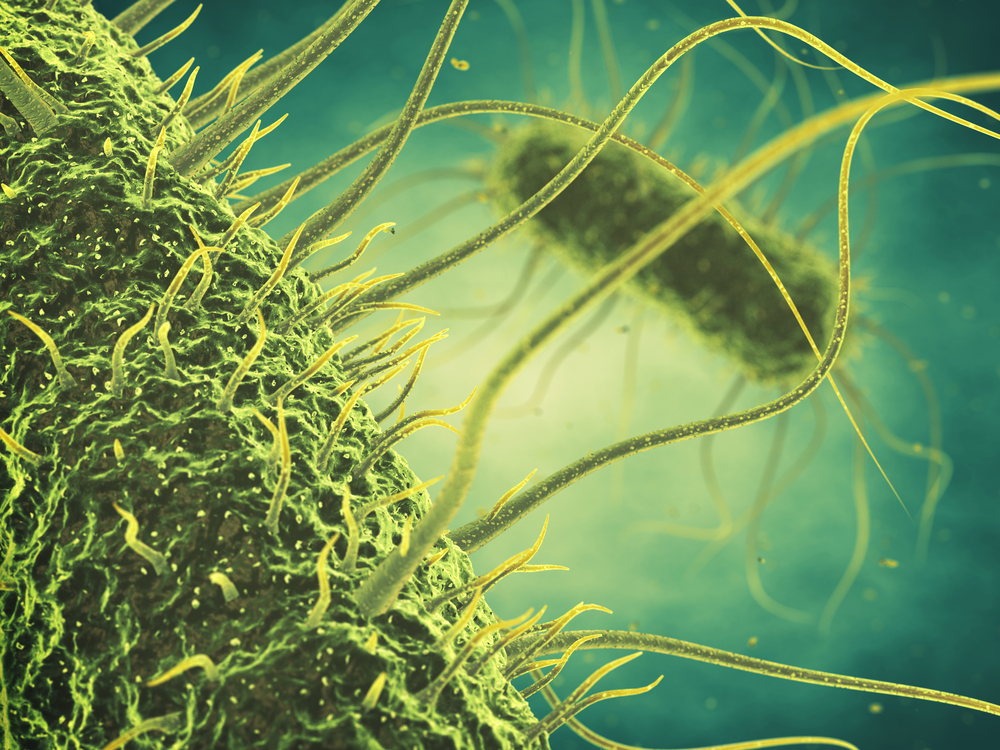 Scientists have discovered a bacteria ‘alarm clock’ that wakes dormant Salmonella in the body, allowing the bug to trigger a repeat infection.

The researchers, from Imperial College London, say the ‘alarm clock’ is shared among different types of bacteria – including Salmonella and E. coli. The findings may explain why some people suffer repeated bouts of infections – for instance ear or urinary tract infections – despite taking antibiotics. The team now hope to use these findings to tackle hard-to-treat infections.

Dr Sophie Helaine, lead author of the research from theDepartment of Medicine at Imperial, said: “Whenever bacteria such as Salmonella invade the body, around a third of the bugs ‘cloak’ themselves as a defence mechanism against the body’s immune system. They enter a type of stand-by mode possibly to hide from the body’s immune system, that means they are not killed by antibiotics.

The bacteria stop replicating and can remain in this dormant state for days, weeks or even months. When the immune system attack has passed, some bacterial cells spring back to life and trigger another infection.

Dr Helaine added: “This is why, for instance, a woman may think she has recovered from a urinary tract infection – and yet days or weeks later it seems to return. Many patients may assume it’s a different infection – but actually it’s the same bug.”

“Persisters fuel antibiotic resistance as they result in patients taking many courses of antibiotics for a single infection. The repeated courses of medication can result in some bacteria developing resistance.”

Previous research from Dr Helaine’s lab showed Salmonella bacteria switch themselves into stand-by mode by ‘poisoning’ themselves with toxins.

In the current study, published in the journal Molecular Cell, the team revealed a mechanism Salmonella use to detoxify themselves. This switches them out of stand-by and allows them to start growing again.

Dr Helaine said it is likely that many bacteria use this same toxin, TacT, to switch into stand-by mode, including those causing many intestinal, ear, throat or urinary tract infections and even tuberculosis.

“If we can figure out how to control this mechanism, and force the bacteria out of stand-by, we could then treat then with antibiotics to kill them,” explained Dr Helaine.

In the study, Dr Helaine and her team used Salmonella cells in the laboratory to identify the bacterial alarm clock, by testing a collection of over 4,000 proteins, searching for those that wake the bacteria up.

The team identified an enzyme called peptidyl-tRNA hydrolase (Pth) that works as an alarm clock. The scientists have shown the toxin TacT stops cell growth during times of attack by blocking protein production.

When the conditions are more agreeable to cell growth, Pth molecules remove the block on protein production – allowing growth to continue.

Dr Helaine explained: “When the bacteria are under attack they go to sleep and wait for better days. Then once the immune system attack has passed, the body is once again a favourable place to start an infection, and cell growth resumes.”