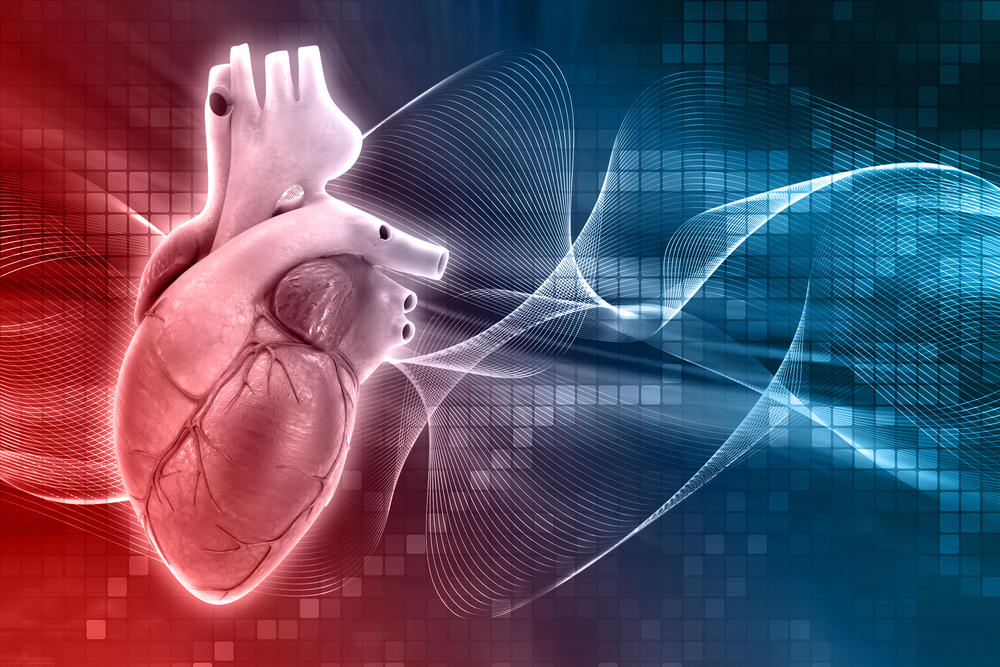 Biomedical engineers at Duke University have created a fully functioning artificial human heart muscle large enough to patch over damage typically seen in patients who have suffered a heart attack. The advance takes a major step toward the end goal of repairing dead heart muscle in human patients.

The study appears online in Nature Communications on November 28, 2017.

“Right now, virtually all existing therapies are aimed at reducing the symptoms from the damage that’s already been done to the heart, but no approaches have been able to replace the muscle that’s lost, because once it’s dead, it does not grow back on its own,” said Ilya Shadrin, a biomedical engineering doctoral student at Duke University and first author on the study. “This is a way that we could replace lost muscle with tissue made outside the body.”

Unlike some human organs, the heart cannot regenerate itself after a heart attack. The dead muscle is often replaced by scar tissue that can no longer transmit electrical signals or contract, both of which are necessary for smooth and forceful heartbeats.

The end result is a disease commonly referred to as heart failure that affects over 12 million patients worldwide. New therapies, such as the one being developed by Shadrin and his advisor Nenad Bursac, professor of biomedical engineering at Duke, are needed to prevent heart failure and its lethal complications.

Current clinical trials are testing the tactic of injecting stem cells derived from bone marrow, blood or the heart itself directly into the affected site in an attempt to replenish some of the damaged muscle. While there do seem to be some positive effects from these treatments, their mechanisms are not fully understood. Fewer than one percent of the injected cells survive and remain in the heart, and even fewer become cardiac muscle cells.

Heart patches, on the other hand, could conceivably be implanted over the dead muscle and remain active for a long time, providing more strength for contractions and a smooth path for the heart’s electrical signals to travel through. These patches also secrete enzymes and growth factors that could help recovery of damaged tissue that hasn’t yet died.

For this approach to work, however, a heart patch must be large enough to cover the affected tissue. It must also be just as strong and electrically active as the native heart tissue, or else the discrepancy could cause deadly arrhythmias.

This is the first human heart patch to meet both criteria. “Creating individual cardiac muscle cells is pretty commonplace, but people have been focused on growing miniature tissues for drug development,” said Bursac. “Scaling it up to this size is something that has never been done and it required a lot of engineering ingenuity.”

The cells for the heart patch are grown from human pluripotent stem cells — the cells that can become any type of cell in the body. Bursac and Shadrin have successfully made patches using many different lines of human stem cells, including those derived from embryos and those artificially forced or “induced” into their pluripotent state.

Various types of heart cells can be grown from these stem cells: cardiomyocytes, the cells responsible for muscle contraction; fibroblasts, the cells that provide structural framework for heart tissue; and endothelial and smooth muscle cells, the cells that form blood vessels. The researchers place these cells at specific ratios into a jelly-like substance where they self-organize and grow into functioning tissue.

Finding the right combination of cells, support structures, growth factors, nutrients and culture conditions to grow large, fully functional patches of human heart tissue has taken the team years of work. Every container and procedure had to be sized up and engineered from scratch. And the key that brought it all together was a little bit of rocking and swaying.

“It turns out that rocking the samples to bathe and splash them to improve nutrient delivery is extremely important,” said Shadrin. “We obtained three-to-five times better results with the rocking cultures compared to our static samples.”

The results improved on the researchers’ previous patches, which were one square centimeter and four square centimeters. They successfully scaled up to 16 square centimeters and five to eight cells thick. Tests show that the heart muscle in the patch is fully functional, with electrical, mechanical and structural properties that resemble those of a normal, healthy adult heart.

“This is extremely difficult to do, as the larger the tissue that is grown, the harder it is to maintain the same properties throughout it,” said Bursac. “Equally challenging has been making the tissues mature to adult strength on a fast timescale of five weeks while achieving properties that typically take years of normal human development.”

Bursac and Shadrin have already shown that these cardiac patches survive, become vascularized and maintain their function when implanted onto mouse and rat hearts. For a heart patch to ever actually replace the work of dead cardiac muscle in human patients, however, it would need to be much thicker than the tissue grown in this study. And for patches to be grown that thick, they need to be vascularized so that cells on the interior can receive enough oxygen and nutrients. Even then, researchers would have to figure out how to fully integrate the heart patch with the existing muscle.

“Full integration like that is really important, not just to improve the heart’s mechanical pumping, but to ensure the smooth spread of electrical waves and minimize the risk of arrhythmias,” said Shadrin.

“We are actively working on that, as are others, but for now, we are thrilled to have the ‘size matters’ part figured out,” added Bursac.