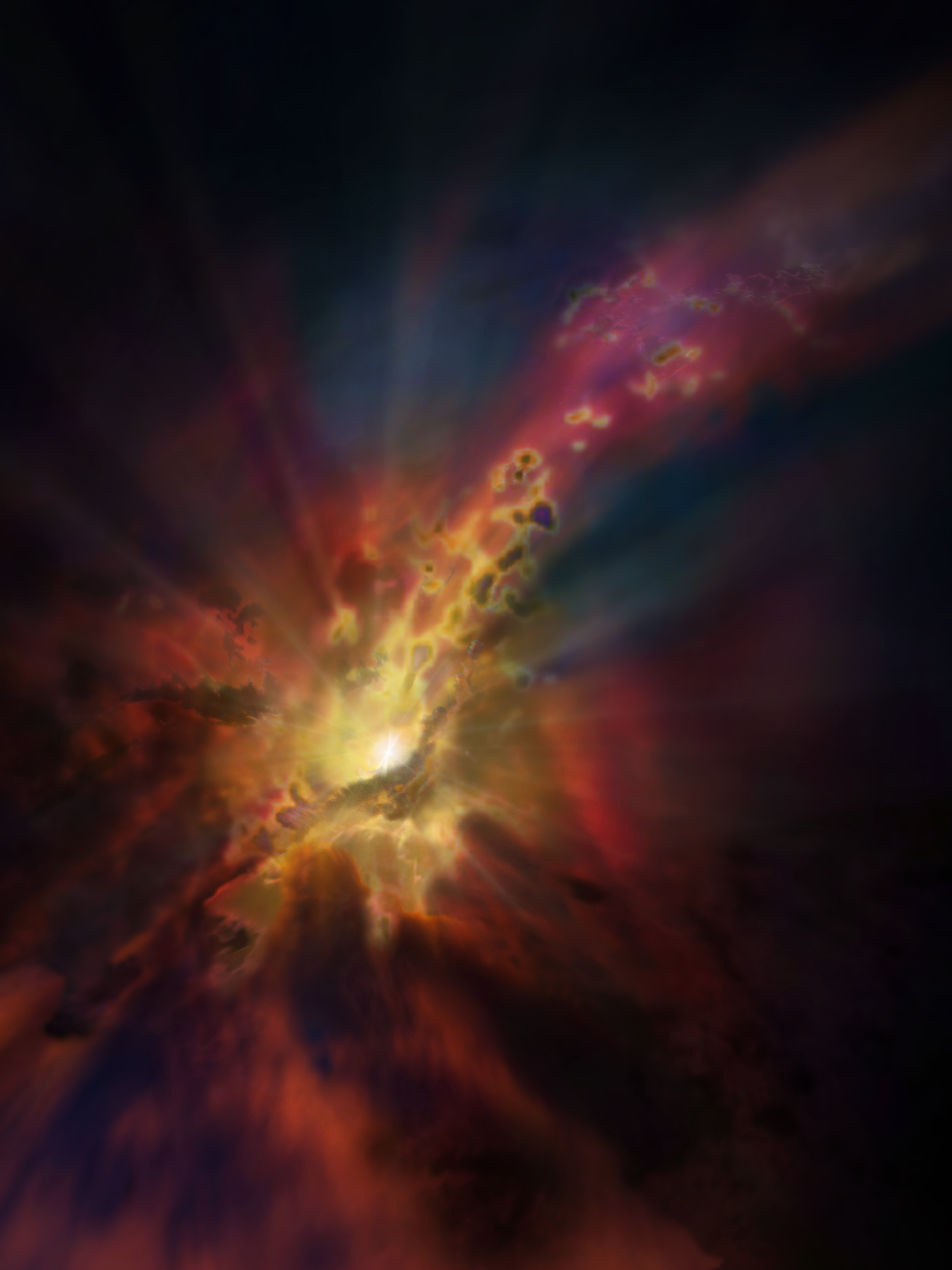 A new discovery made by a Yale University-led team of astronomers is shifting our understanding regarding how supermassive black holes feed. One billion light years, the elliptical galaxy Abell 2597 Brightest Cluster Galaxy is getting some strange galactic weather.

“This so-called cold, chaotic accretion has been a major theoretical prediction in recent years, but this is one of the first unambiguous pieces of observational evidence for a chaotic, cold ‘rain’ feeding a supermassive black hole,” study lead author Grant Tremblay said in a statement. “It’s exciting to think we might actually be observing this galaxy-spanning ‘rainstorm’ feeding a black hole whose mass is about 300 million times that of our sun.”

Published in Nature, the study is based on observations made from the Atacama Large Millimeter/submillimeter Array (ALMA), located on Chile’s Chajnantor plateau. The Abell 2597 Brightest Cluster Galaxy is located in a 50-galaxy cluster known as Abell 2597.

The new discovery differs from the typical hot mode accretion model, in which supermassive black holes feed on hot ionized gas from the host galaxy’s halo.

But “under the right conditions, thermal instabilities produce a rain of cold clouds that fall towards the galaxy’s center,” the researchers wrote in their study. “The observations show that these cold clouds also fuel black-hole accretion, revealing ‘shadows’ cast by the molecular clouds as they move inward at about 300 kilometers per second towards the active supermassive black hole, which serves as a bright backlight.”

Tremblay likened the process to how warm and humid air in the Earth’s atmosphere can form rain clouds.

During their observations, the team saw three molecular clouds hurtling towards the black hole. According to Popular Science, these cold clouds are around 10 Kelvin.

The shadows, according to the National Radio Astronomy Observatory, could be observed because they blocked “out a portion of the bright background millimeter-wavelength light, which is emitted by electrons spiraling around magnetic fields very near the central supermassive black hole.”

The scientists speculate there could be thousands of these type of clouds in the black hole’s neighborhood. Next, they plan to search other galaxies for the phenomena.