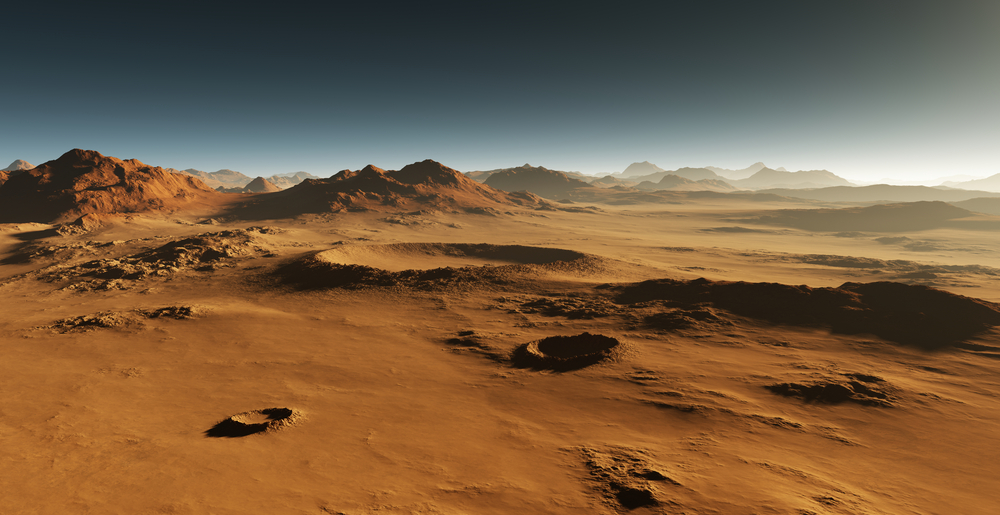 Scientists took another steps towards finding out whether life can exist on Mars after the recent discovery of boron on the planet.

Researchers from the Los Alamos National Laboratory have identified boron—a key component to ribonucleic acid (RNA)—on Mars, giving new hope to whether life can be sustained on the red planet.

“We detected borates in a crater on Mars that’s 3.8 billion years old, younger than the likely formation of life on Earth,” Patrick Gasda, a postdoctoral researcher at Los Alamos National Laboratory and lead author of the paper, said in a statement. “Essentially, this tells us that the conditions from which life could have potentially grown may have existed on ancient Mars, independent from Earth.”

RNA is a nucleic acid present in all modern life, but scientists have long hypothesized an “RNA World,” where the first proto-life was made of individual RNA strands that both contained genetic information and could copy itself. A key ingredient of RNA is ribose—a sugar that is unstable and decompose quickly in water. To stabilize the ribose another element such as boron is needed. Boron converts to borate when it is dissolved in water. Borate will react with the ribose and stabilize it for long enough to make RNA.

“Finding boron on Mars further opens the possibility that life could have once arisen on the planet,” Gasda said. “Borates are one possible bridge from simple organic molecules to RNA.

“Without RNA, you have no life,” he added. “The presence of boron tells us that, if organics were present on Mars, these chemical reactions could have occurred.”

The researchers discovered the boron using the rover’s laser-shooting Chem Cam instrument in calcium sulfate mineral veins, indicating the boron was present in Mars groundwater. This shows that some of the groundwater in Gale Cater was habitable, ranging between zero to 60 degrees Celsius and with neutral-to-alkaline pH.