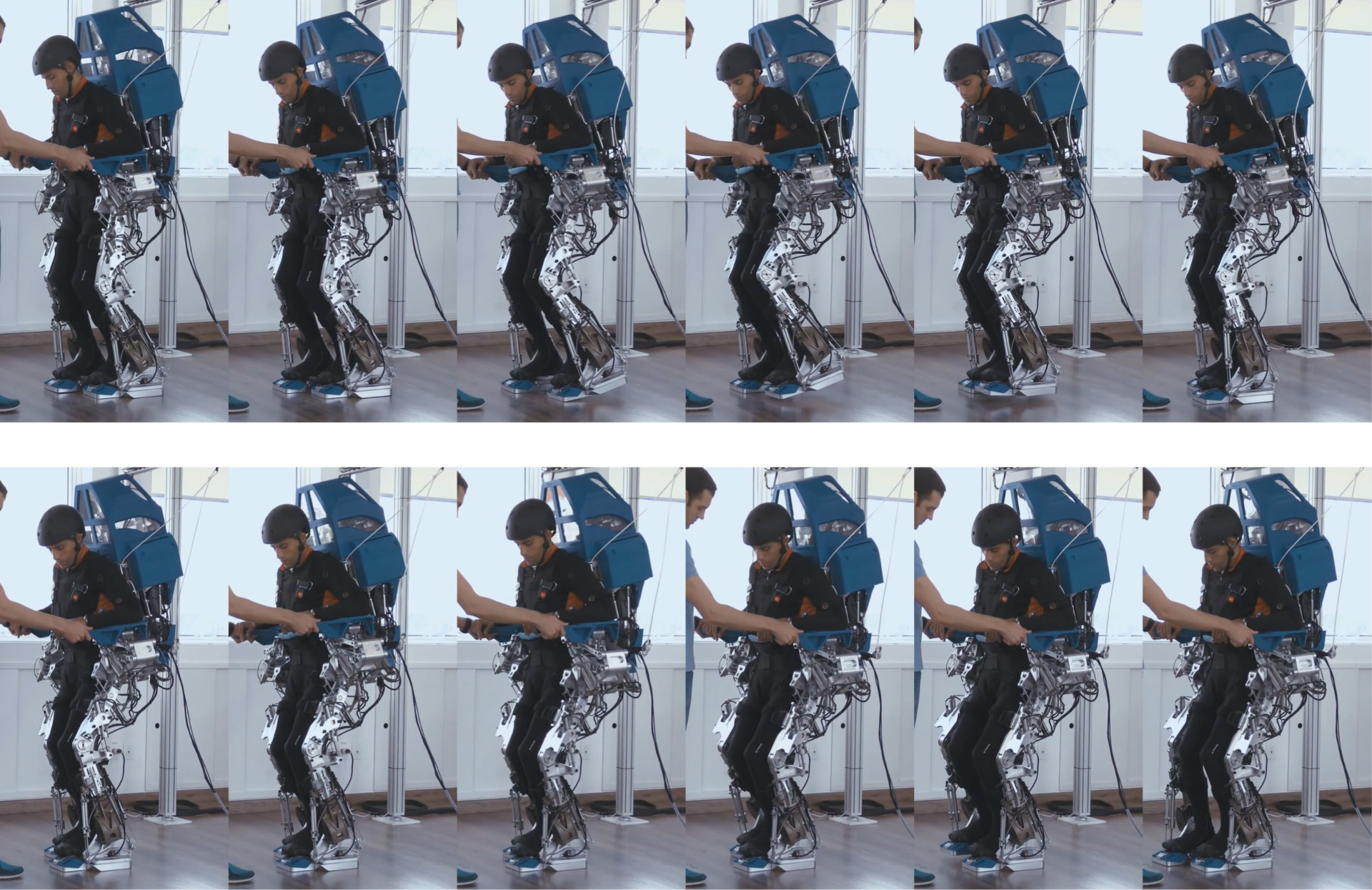 During the 2014 FIFA World Cup opening ceremony, a young Brazilian man, paralyzed from the chest down, delivered the opening kickoff. He used a brain-machine interface, allowing him to control the movements of a lower-limb robotic exoskeleton.

This unprecedented scientific demonstration was the work of the Walk Again Project (WAP), a nonprofit, international research consortium that includes Alan Rudolph, vice president for research at Colorado State University, who is also an adjunct faculty member at Duke University’s Center for Neuroengineering.

Barely two years after the demonstration, the WAP has released its first clinical report, published Aug. 11 in Scientific Reports. They report that a group of patients who trained throughout 2014 with the WAP’s brain-controlled system, including a motorized exoskeleton, have regained the ability to voluntarily move their leg muscles and to feel touch and pain in their paralyzed limbs. This, despite being originally diagnosed as having a clinically complete spinal cord injury – in some cases more than a decade earlier.

The patients also regained degrees of bladder and bowel control, and improved cardiovascular function, which in one case resulted in a reduction in hypertension.

This is the first study to report that long-term brain-machine interface use could lead to significant recovery of neurological function in patients suffering from severe spinal cord injuries.

The WAP researchers theorize that the long-term training regimen likely promoted brain reorganization and activated dormant nerves that may have survived the original spinal injury from 3-14 years earlier.

The researchers are led by neuroscientist Miguel Nicolelis, director of the Duke University Center for Neuroengineering and president of the Alberto Santos Dumont Association for Research Support. They say they do not yet know the limits of this clinical recovery, since patients have continued to improve since the World Cup demo. However, they believe their initial findings could influence future clinical practices for paraplegic patients by upgrading brain-machine interfaces from a simple assistive technology to a potential new therapy for spinal cord injury rehabilitation.

Paper co-author Rudolph joined the WAP team prior to coming to CSU in 2013. A former program manager at DARPA, Rudolph led a brain-machine interface research effort starting in 1998 that helped the Duke neuroengineers develop pre-clinical demonstrations. These efforts led to the human clinical trials in the Walk Again Project.

Rudolph also started a nonprofit foundation, the International Neuroscience Network Foundation, that works closely with AASDAP, which supports the WAP. Rudolph was recruited by Nicolelis in 2011 to manage the WAP, leading the transdisciplinary, international group of 100 scientists in communication and meeting deadlines. Rudolph also connected the project with CSU’s Idea-2-Product 3-D printing lab, which custom-printed the liner of a helmet worn by the paraplegic patients.

Rudolph is passionate not only about the technological advances the new brain-machine interface represents, but also what it could mean for paralyzed patients.

“This has been a tremendous journey, to start working on this phenomenal project over 15 years ago on ideas first demonstrated in animals, and that are now showing revolutionary theories of how the brain works,” Rudolph said. “The WAP scientists are making real impact in helping impaired people walk again. Seeing faces of young adults walking for the first time in many years has been life-changing for all of us.”

Rudolph has continued advocating strongly for the WAP project and for brain-machine interface science in general, at CSU and elsewhere. Last June, Rudolph also organized for a delegation from Colorado Gov. John Hickenlooper’s office to visit WAP scientists in Brazil.

Until now, no clinical study employing brain-machine interfaces in patients suffering severe spinal cord injuries reported any neurological improvements. Nicolelis believes this was due to the short-term nature of those studies, which usually involved only one human subject. In addition, none of these studies included detailed neurological evaluations to search for clinical improvement.

For the Scientific Reports study, the researchers trained eight paraplegic patients for a year on what they call the Walk Again Neurorehabilitation protocol. Seven patients had been classified as having a complete injury, according to the American Spinal Injury Association (ASIA) Impairment Scale, and one was classified with an incomplete injury.

The brain-machine interface consisted of multiple EEG recording electrodes embedded in a cap on the patient’s scalp, fitted over the brain areas controlling movement in the frontal lobe.

In a virtual reality component of the rehab protocol, the patients wearing an Oculus Rift head-mounted display were shown a three-dimensional avatar of a person, and were asked to imagine movements of their own bodies so they could make the avatar walk. All patients learned to use only their brain activity to move the avatar.

They received a continuous stream of tactile feedback, every time the avatar’s feet touched the ground. This feedback was delivered through mechano-vibrating elements in a long-sleeved “tactile shirt.”

For component No. 2 of the WAP protocol, the patients also used a Lokomat, a robotic gait orthosis placed on a treadmill, which enabled them to perform walking motions while suspended by a harness. In this component, the patients used the same EEG cap to trigger the Lokomat movements while receiving tactile feedback.

In a third component, the patients operated a brain-controlled motorized exoskeleton custom designed for the project. The exoskeleton is the same one demonstrated at the 2014 World Cup.

The combination of visual and haptic feedback was critical to the training paradigm, Nicolelis said. “The addition of tactile feedback that was coherent with the visual feedback created a very realistic walking illusion for the patients when they controlled a virtual avatar or the robotic exoskeleton.”

Importantly, Nicolelis said, the researchers saw significant changes in the EEG patterns in the patients’ brains. In the spinal cord, the combination of brain reorganization and muscle exercise may have also induced sprouting of new connections, the researchers theorized.

The researchers hope to take their protocol to other spinal cord centers around the world, to replicate and expand on these initial findings.

“Currently, once people with spinal injuries receive a diagnosis of complete paralysis, rehabilitation consists mainly of adapting them to a wheelchair,” Nicolelis said. “We believe that our results with this long-term, sustained brain-machine interface training can be not only critical itself in triggering recovery in our patients, but it can also serve as an important motivator for spinal cord patients worldwide.”