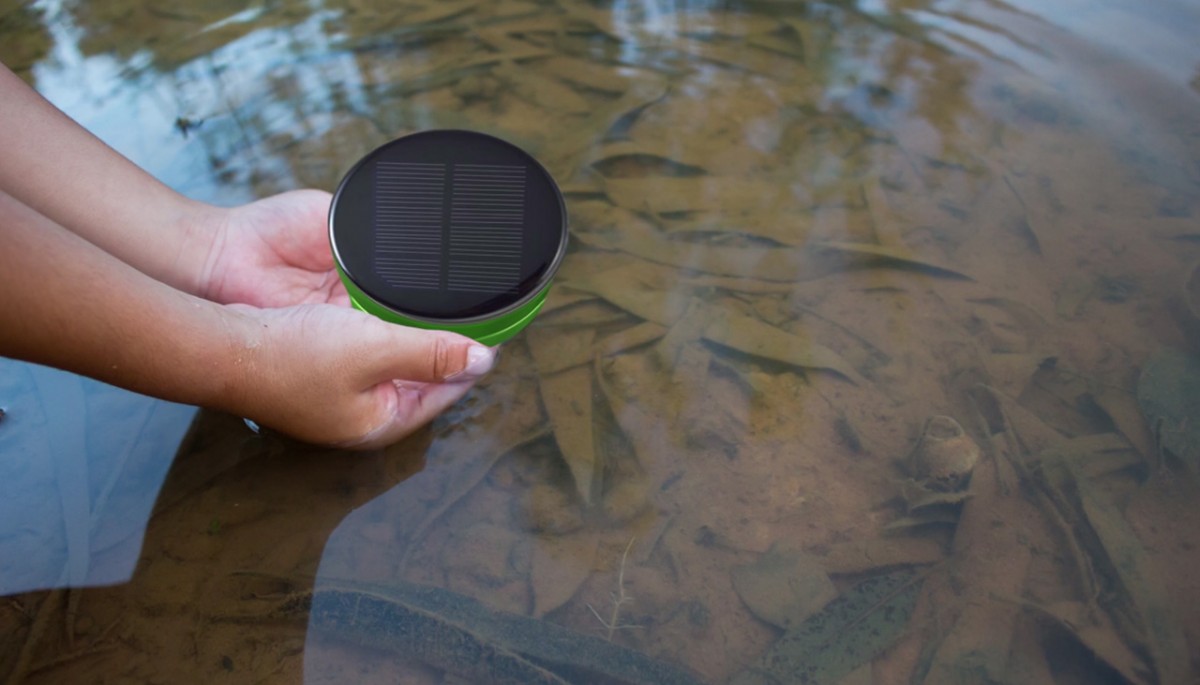 Cornell researchers are biting back at deadly mosquito-borne illnesses, using nature’s own tricks.

A team in the College of Human Ecology is a winner in a global competition that asked innovators to create radically sustainable environmental solutions inspired by the natural world. The Cornell team created a mosquito-control device that functions like a carnivorous plant.

The device, dubbed the UPod, was inspired by the carnivorous Utricularia vulgarisor common bladderwort plant, which creates a water vacuum through its trap bladders by pumping water out and sucking in small insect prey in the blink of an eye. The device was created by graduate students Anna Gannett, Joey Sun and Paulina Villacreces, and their adviser, professor Kathleen Gibson, from the Department of Design and Environmental Analysis in the College of Human Ecology.

The UPod is one of eight project winners of the Biomimicry Institute’s Global Design Challenge, an international design competition that invites innovators to learn how to use biomimicry – the process of looking to nature for design inspiration – to develop solutions to climate change.

“In the scoping process of our project development, we identified the expansion of mosquito-borne illnesses as a global human health problem related to climate change,” the team said. “Through our research we were able to find out that most of the mosquito control was in the form of vaccines or costly medicine, insecticides, fumigation, awning screens and others, but realized many people do not have access to these options and that these represent only short-term solutions.”

According to the team, higher average temperatures and increased precipitation due to climate change are contributing to the expanding threat of mosquito-borne diseases like dengue, malaria and chikungunya. Current mosquito-control strategies can be harmful to people and the environment.

The UPod was developed to be an environmentally friendly, self-sustaining, reusable and affordable solution that helps individuals, communities and nations take control of larvae populations and prevent the spread of mosquito-borne diseases.

They continued, “Deaths due to mosquito-borne diseases and millions of dollars spent every year on costly medicine and mitigation practices provided the justification for the significance of this problem – we are really seeking to target the problem from the root cause.”

This year, more than 60 teams from 16 countries entered the challenge. Winning teams receive cash prizes and an invitation to the 2018-19 Biomimicry Launchpad, an accelerator that supports commercialization, and are eligible to win the $100,000 Ray C. Anderson Foundation Ray of Hope Prize.

The team said they are excited to move forward with the competition and participate in the Biomimicry Launchpad to help bring their innovation to the market.

“We hope to be able to expand our project concept using expertise from a broad range of disciplines, from biologists studying vector-borne diseases to materials engineers working on sustainable products,” they said. “The momentum gained from working on the Launchpad program, in combination with the wealth of resources at Cornell, will help our team take the next steps in developing a product prototype.”