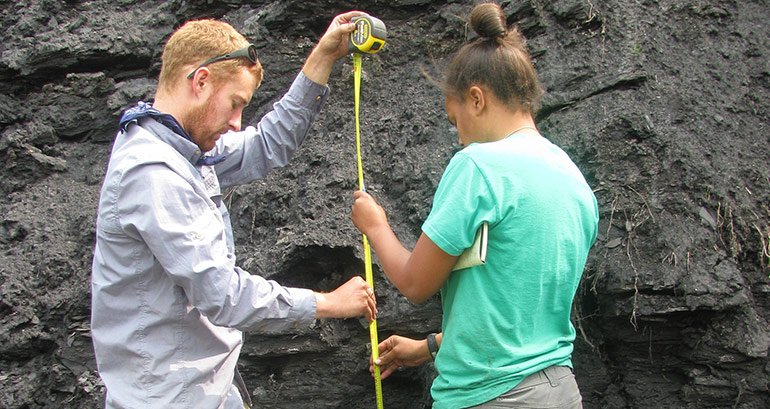 There could be some good news on the horizon as scientists try to understand the effects and processes related to climate change.

A team of Florida State University scientists has discovered that chemical weathering, a process in which carbon dioxide breaks down rocks and then gets trapped in sediment, can happen at a much faster rate than scientists previously assumed and could potentially counteract some of the current and future climate change caused by humans.

The findings were published in the journal Scientific Reports.

Scientists have generally thought that this process takes hundreds of thousands to millions of years to occur, helping to alleviate warming trends at an exceptionally slow rate.

Rather than potentially millions of years, FSU researchers now suggest it can take several tens of thousands of years.

It’s not a quick fix though.

“Increased chemical weathering is one of Earth’s natural responses to carbon dioxide increases,” said Theodore Them, the lead researcher on the paper and a postdoctoral researcher at Florida State and the National High Magnetic Field Laboratory. “The good news is that this process can help balance the effects of fossil fuel combustion, deforestation and agricultural practices. The bad news is that it will not begin to counteract the excessive amounts of atmospheric carbon dioxide that humans are emitting for at least several thousand years.”

As atmospheric carbon dioxide concentrations increase, the climate gets warmer. The warmer climate speeds up chemical weathering, which consumes carbon dioxide from the atmosphere and mitigates the greenhouse effect, thus leading to climate cooling.

To conduct the study, the research team determined the rate at which rocks were chemically broken down over a period of rapid warming in the Early Jurassic Epoch called the Toarcian Oceanic Anoxic Event, an interval where a major extinction event occurred about 183 million years ago.

Working with colleagues at Durham University in the United Kingdom and using state-of-the-art analytical instrumentation within the National MagLab’s Geochemistry Group, the researchers processed and measured the trace elements of their rock samples.

“We noticed that although chemical weathering increased significantly during this time interval, it was not as large as previously hypothesized for this event,” Them said. “What’s really striking, however, is the planet’s ability to respond to these environmental changes on such short timescales.”

This increased chemical weathering process could have another downside.

The researchers’ findings suggest that widespread oxygen-deficient oceans occurred because an excess of nutrients from the breakdown of rocks flowed into the oceans during the Early Jurassic Period.

The researchers predict that future changes in climate and weather patterns due to a warming planet will create more precipitation and increase the amount of river water and nutrients transported to coastal regions. This is expected to increase both the size and duration of future coastal ocean deoxygenation, negatively impacting sea life in those areas.