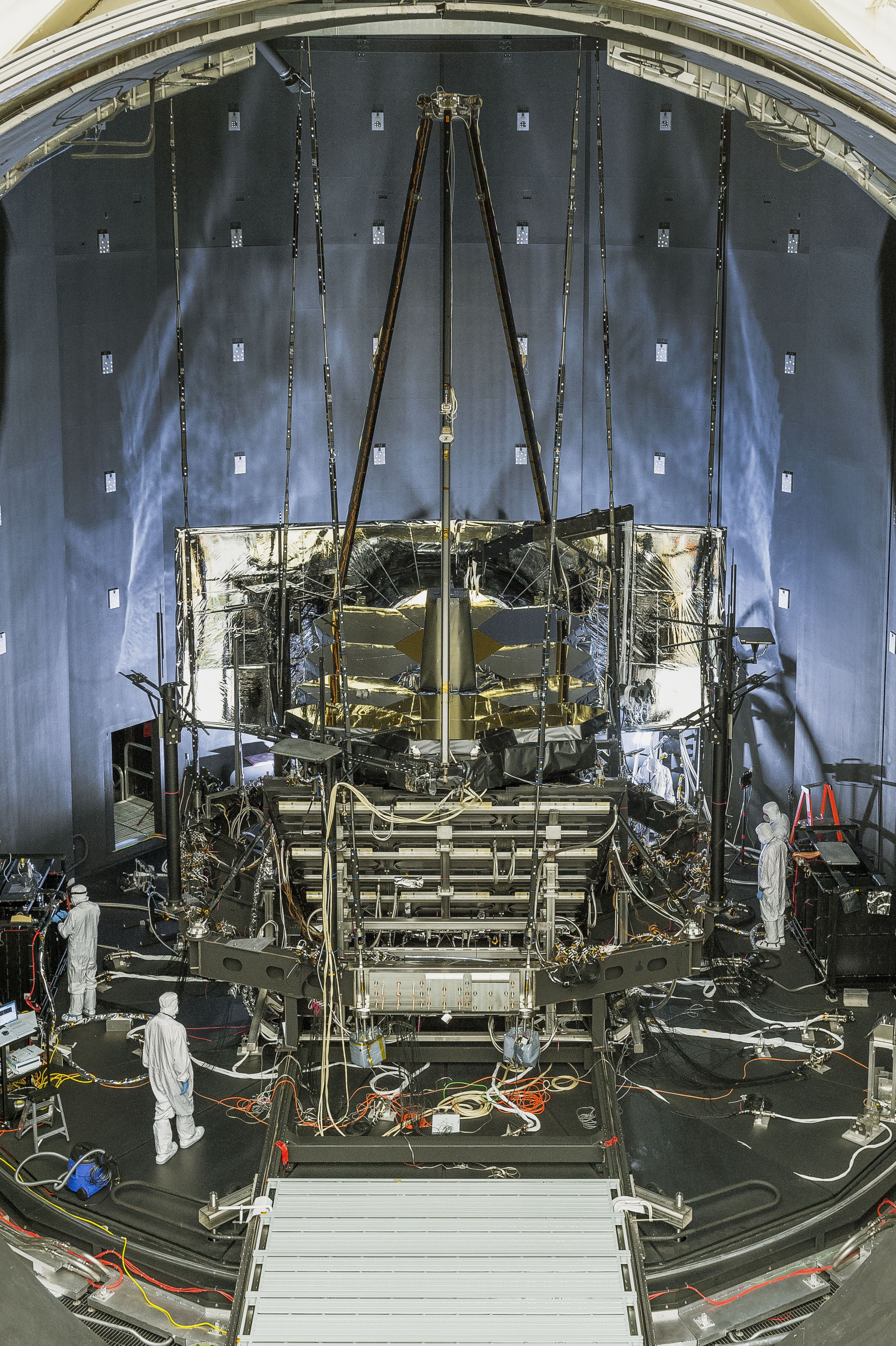 In this photograph taken on Sept. 1, 2016, the James Webb Space Telescope Pathfinder structure has been configured for the Thermal Pathfinder Test at NASA Johnson Space Center’s giant thermal vacuum chamber, called Chamber A. The Pathfinder is a test version of the structure that supports the telescope. This is where end-to-end testing of the actual telescope will occur in 2017.

Among the mirror segments can be seen are one gold-coated flight-spare beryllium segment (just in front of the AOS), one uncoated beryllium engineering unit segment, and ten gold-coated aluminum thermal simulator segments.

The James Webb Space Telescope is the scientific successor to NASA’s Hubble Space Telescope, and it will be the most powerful space telescope ever built. It is being assembled in a Class 10,000 cleanroom at NASA’s Goddard Space Flight Center. Webb is an international project led by NASA with its partners, the European Space Agency and the Canadian Space Agency.