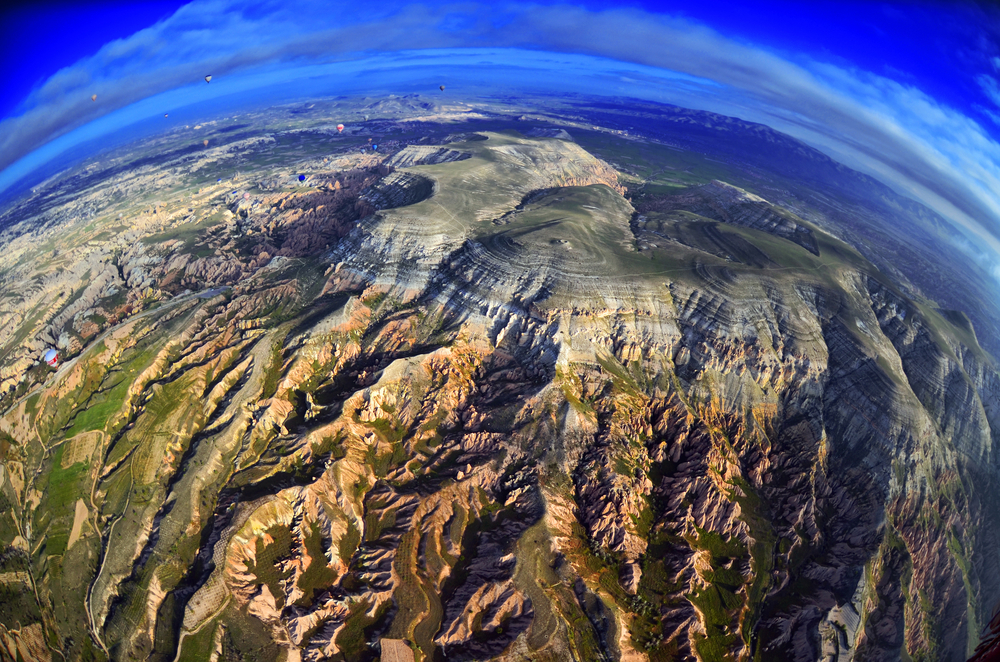 A research team led by Penn State University scientists has found new evidence that explains the long duration of the Paleocene-Eocene Thermal Maximum (PETM)—a period of warming that occurred approximately 56 million years ago and has been long considered the best analogue for modern climate change.

“We found evidence for a feedback that occurs with rapid warming that can release even more carbon dioxide into the atmosphere,” Shelby Lyons, a doctoral student in geosciences at Penn State, said in a statement. “This feedback may have extended the PETM climate event for tens or hundreds of thousands of years. We hypothesize this is also something that could occur in the future.”

These new findings suggest that climate change today could have an impact on global temperatures for years in the future, even if humans take measures to cut greenhouse gas emissions now.

During the PETM era, increased erosion freed a substantial amount of fossil carbon that was once stored in rocks, releasing enough carbon dioxide into the atmosphere to have a long-term effect on global temperature.

The team found evidence of a massive amount of carbon that was released into coastal sediment fossil cores. After analyzing the samples with a new molecular technique, they were able to trace how processes like erosion moved carbon in deep time—a long held philosophical concept that the Earth is billions of years old based on the geological features shaped by cycles of sedimentation and erosion.

“This technique uses molecules in a really innovative, out-of-the-box way to trace fossil carbon,” Katherine Freeman, Evan Pugh University Professor of Geosciences at Penn State, said in a statement. “We haven’t really been able to do that before.”

During the PETM time period, temperatures rose by between nine and 14.4 degrees Fahrenheit across the globe. During this time, severe storms and flooding were prevalent and the warm, wet weather led to an increase in rock erosion.

The researchers found that as erosion wore down mountains over the course of thousands of years, carbon was released and transported by rivers to oceans. This led to some carbon being reburied in coastal sediments, while also releasing into the atmosphere as a greenhouse gas.

“What we found in records were signatures of carbon transport that indicated there were massive erosion regimes occurring on land,” Lyons said. “Carbon was locked on land and during the PETM it was moved and reburied. We were interested in seeing how much carbon dioxide that could release.”

The core samples studied were from a location that was once underwater in present day Maryland. Here, they discovered traces of older carbon likely stored in the rocks on land. The researchers found similar evidence in sediments from both other Mid-Atlantic sites and Tanzania.

These samples included carbon that did not share common isotope patterns of other life from the PETM. The samples also appeared oily, as if they had been heated over long periods in a different location.

“That told us what we were looking at in the records was not just material that was formed during the PETM,” Lyons said. “It was not just carbon that had been formed and deposited at that time, but likely represented something older being transported in.”

To distinguish the sources of carbon, the researchers developed a mixing model, where based on the amount of older carbon, they were able to estimate how much carbon dioxide was released during the journey from rock to ocean sediment.

The researchers estimated that the climate feedback could have released enough carbon dioxide to explain the nearly 200,000-year duration of the PETM time period, while also offering a warning about modern climate change.

“One lesson we can learn from this research is that carbon is not stored very well on land when the climate gets wet and hot,” Freeman said. “Today, we’re pushing the system out of equilibrium and it’s not going to snap back, even when we start reducing carbon dioxide emissions.”