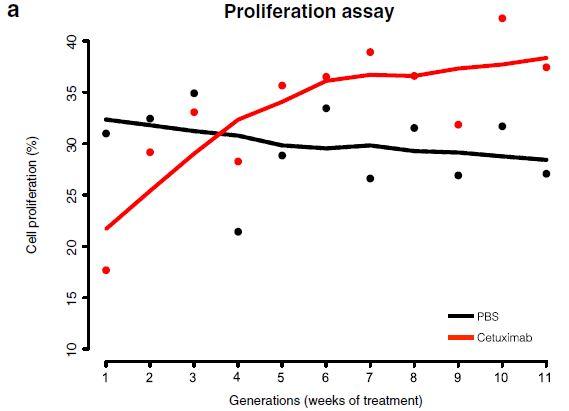 New methods of studying the evolution of treatment resistance in head and neck cancer are being developed by researchers at the Johns Hopkins Kimmel Cancer Center.

The scientists wanted to examine how cancers acquire resistance to treatment over time and whether those changes could be modeled computationally to determine patient-specific timelines of resistance.

The research was published by Genome Medicine on May 23, 2018.

The Coordinate Gene Activity in Pattern Sets algorithm (CoGAPS) was used to determine the molecular changes associated with resistance during the course of the development of the resistance. It required developing new methods of collecting data from in vitro cell models and developing a computational analysis approach to measure these observations that has not previously been done for cancer.

“The biggest novelty in this paper is considering time as a variable. We have to prove that it matters before putting that burden on patients,” said senior author Elana Fertig, Ph.D. “But we think it will result in better treatment.”

The study examined cetuximab treatment effects on cancer cells from head and neck squamous cell carcinoma over 11 weeks. During that time, they used the same pool of cells to see what happened during the time period, attempting to avoid any outside variables from using different batches of cells.

CoGAPS was used to quantify the evolving changes during treatment. The resulting data showed how the changes occurred over time and when those changes resulted in immediate therapeutic response or resistance. Having that information could lead to combined or alternative therapies to combat the resistance.

Most model systems were developed to sync to existing data, comparing pre- and post-treatment,” said co-lead author Genevieve Stein-O’Brien, Ph.D. “To take this algorithm and find out how the resistance was acquired, we needed to know what was going on in between (the pre- and post-treatment) during the full time course.”

Although a wide variety of molecular alterations conferring resistance to the treatment have been discovered, the mechanisms and timing of their evolution are still poorly understood. With the CoGAPS algorithm combining experimental biology and computer programming, the scientists hope to give doctors and patients better information about how the disease is progressing during treatment.

Co-lead author Luciane Kagohara, Ph.D., said CoGAPS is a departure from standard approaches but allows them to go deeper and study therapeutic resistance and the fundamental pathways in an individual.

“If we can map that, it will really pave the way to predict when resistance is going to occur and what drugs can be used to combat that resistance,” she said.

The scientists believe the computational approach to studying cancer cells over time with targeted therapies could be used for other types of cancers and other drug therapies.