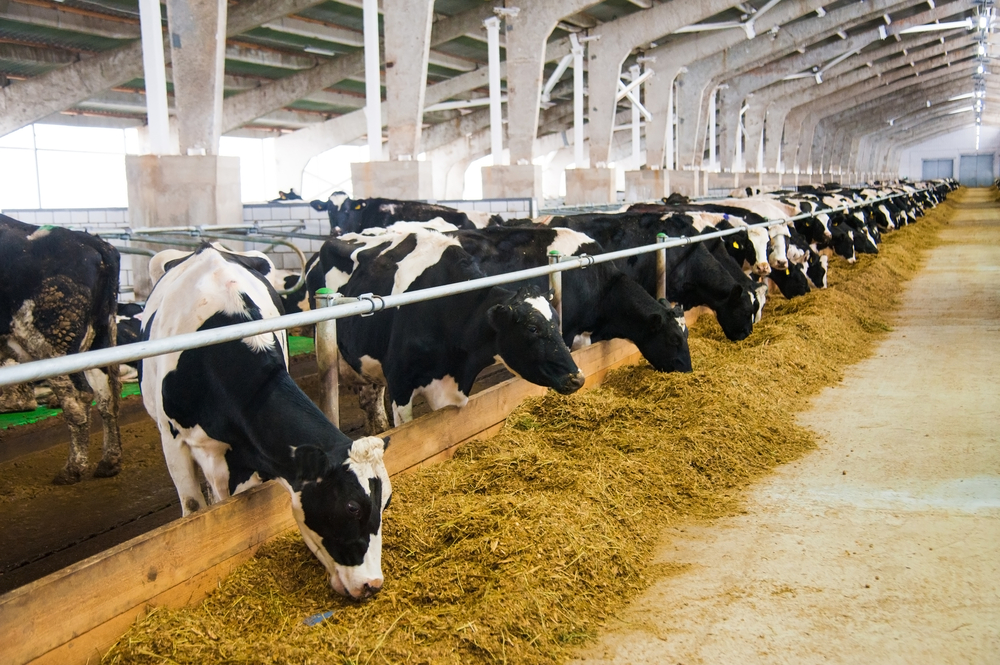 Without an ecosystem of science-business partnerships to bring a new technology to the market, good science generated in the laboratory seldom sees the light of day as a commercial product.

Because of key partnerships, however, Clarkson University Professor / GE Chair in Oil and Gas Systems David Mitlin’s work on agricultural-derived carbons is an example of new science being translated into a potential commercial product.

Mitlin has been active for years creating new materials with state-of-the-art performance from agricultural and forestry wastes. For instance, his work on hemp fiber-derived graphene — a highly specialized and normally very expensive type of carbon — made international news in 2014, featured on BBC Online and in the NBC Science section.

After surveying the state of farming in the United States in 2015, Mitlin and chemistry Ph.D. student Jesse Pokrzywinski concluded there was a glut in milk and related dairy production. From working on a dairy farm in high school, Pokrzywinski witnessed milk being disposed rather than brought to market at a loss.

The researchers learned this was a problem at a national level, with millions of gallons being discarded every year. Over the next two years, Mitlin and Pokrzywinski developed a process to convert milk products and other agricultural wastes into extremely high surface area/low density carbons to be employed for energy storage, CO2 capture and other applications.

Together with Assistant Professor of Chemistry & Biomolecular Science Mario Wriedt’s group, and with staff at Oak Ridge National Laboratory, Mitlin published a high-profile paper on the material, “Unrivaled Combination of Surface Area and Pore Volume in Micelle Templated Carbon for Supercapacitor Energy Storage,” in the Royal Society of Chemistry’s Journal of Materials Chemistry A, a world-leading energy journal.

For a typical academic study, this is often where the journey would end: a promising series of results published into the scientific community. However, Clarkson University is interested in translating such innovations into commercial opportunities that have the potential to economically benefit the region and society at large.

With the help of Director of Research & Technology Transfer Greg Slack, a patent was pursued, (Activated Carbons From Dairy Products, US Patent App. 15/350,834) and licensed back to Mitlin’s company. Mitlin knew he could not successfully commercialize his inventions alone, however. Through some mutual connections, he partnered with alumnus David Hessler ’67, who has many years of experience as a serial entrepreneur, consultant for New York State Energy Research and Development Authority (NYSERDA), and is active in the energy storage industry.

Hessler, who also is a board member for Clarkson’s Reh Center of Entrepreneurship, knew exactly what was needed to move the technology toward commercialization. He made sure they participated as a team in the NEXUS-NY Clean Energy Seed Accelerator, a NYSERDA-funded proof-of-concept center based in Rochester, N.Y. Through NEXUS-NY, Hessler and Mitlin then conducted a thorough customer discovery process, interviewing nearly 100 potential customers to better understand their needs.

In the process, it became clear to the researchers that there are, in fact, several potential markets for the aerogel-like materials, including fast charge-discharge energy storage devices, or supercapacitors, employed in windmills and for regenerative braking in electric vehicles; water treatment; gas separation; and as coatings.

As of this month, several potentially large customers are awaiting sample carbons to evaluate in their own labs. Mitlin and Hessler are performing the first pilot manufacturing runs to produce kilograms of the carbons. They hope to achieve revenue in 2018 and transition to local manufacturing shortly thereafter.

“Dave Mitlin is a really great scientist who has a unique ability to describe world-class science at whatever level the audience needs. I find this rare among academics,” Hessler said. “The product which could evolve from his work can truly change the energy storage industry and accelerate all forms of renewable energy. I’m excited to be of help in this effort.”

“A key aspect of our current progress is the complementarity of skill sets and perspectives, resulting in a true case where one plus one equals 10,” Mitlin said.

Clarkson University educates the leaders of the global economy. One in five alumni already leads as an owner, CEO, VP or equivalent senior executive of a company. With its main campus located in Potsdam, N.Y., and additional graduate program and research facilities in the Capital Region and Beacon, New York, Clarkson is a nationally recognized research university with signature areas of academic excellence and research directed toward the world’s pressing issues. Through more than 50 rigorous programs of study in engineering, business, arts, education, sciences and the health professions, the entire learning-living community spans boundaries across disciplines, nations and cultures to build powers of observation, challenge the status quo, and connect discovery and innovation with enterprise.