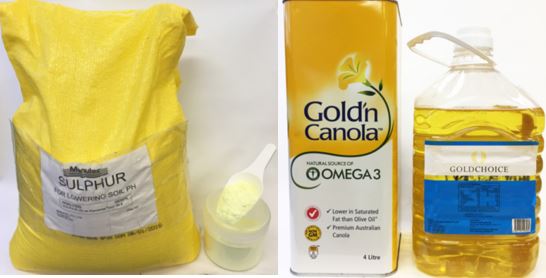 The planet could get a bit cleaner thanks to a new polymer.

Researchers from Flinders University in Australia have developed a method to use waste cooking oil and Sulphur to extract the neurotoxin mercury from the environment.

The research team created a new canola oil polymer that can trap the most dangerous and common types of mercury pollution—mercury metal, mercury vapor and highly toxic organo-mercury compounds that harm both aquatic and terrestrial systems.

“With the Minamata Convention on Mercury coming into force around the world this year, this discovery is an important advance in protecting the environment and human health,” Flinders University scientist Justin Chalker, Ph.D., said in a statement. “We can use this material to protect the environment by capturing toxic mercury pollution—a pernicious problem around the world, causing brain damage and loss of IQ points in unborn children.

“At the same time, every atom of the mercury-binding material can be derived from industrial byproducts, so this is also an exciting advance in recycling and re-purposing waste,” he added.

The polymer, created with second-hand cooking oil and Sulphur—an abundant, low-cost byproduct from petroleum production—can be used in remediation of soil, water and air.

The rubber-like polymer changes color after absorbing mercury pollution to indicate when the job is complete.

The researchers are currently testing the material in field trials at mining sites and areas where mercury-based fungicides are used. The latest development could enhance future sustainability and environmental protection, as few remediation methods are currently readily and affordably available.

“Mercury is encountered in several industrial activities including oil and gas refining and coal combustion,” Chalker said. “Alarmingly, mercury and mercury-containing materials are still used intentionally at many chloralkali plants and in artisanal gold mining.

According to Chalker, the largest source of mercury emissions globally is due to artisanal gold mining, where mercury metal is used to extract gold from ore.

The mercury-gold amalgam formed is then heated—usually with a hand torch or on a cooking stove—to vaporize the mercury and isolate the gold.

“The mercury rich tailings and exposure to mercury vapor threaten the health of the nearly 15 million people involved in this process,” Chalker said. “Because our mercury-capturing material is made from waste, our goal is to provide a cost-effective and technically simple material for cleaning up mercury pollution at these gold mines.”

The study was published in Chemistry.