Work on the camera for the future Large Synoptic Survey Telescope (LSST) has reached a major milestone with the completion and delivery of the camera’s fully integrated cryostat. With 3.2 gigapixels, the LSST camera will be the largest digital camera ever built for ground-based astronomy. It’s being assembled at the Department of Energy’s SLAC National Accelerator Laboratory. 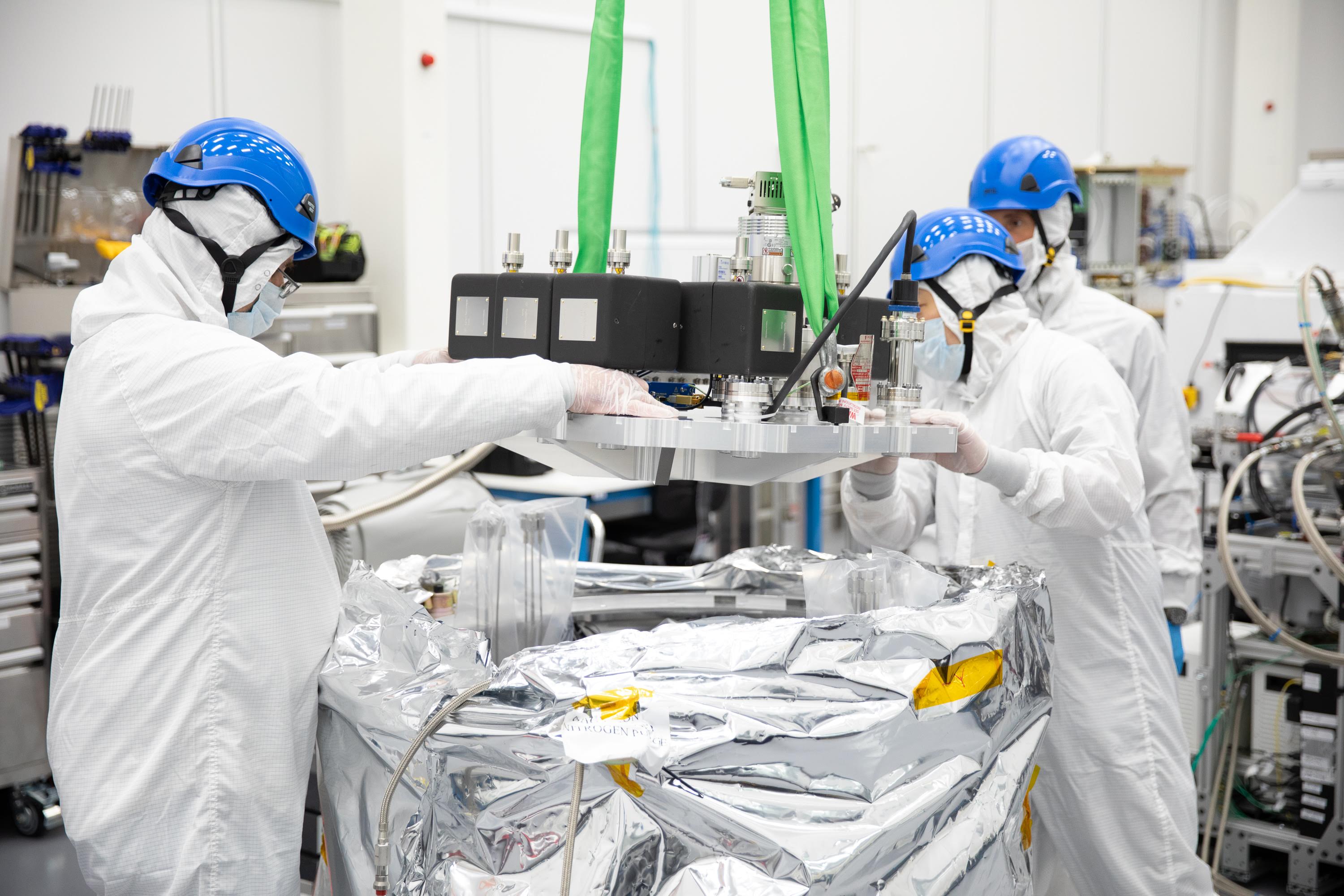 The cryostat provides the optical bench — a silicon carbide grid — that keeps the large focal plane, which is 65 centimeters in diameter and composed of 189 CCD imaging sensors, flat to within just a tenth of the width of a human hair, while uniformly cooling it to minus 150 degrees Fahrenheit. It also provides cooling (to minus 30 degrees Fahrenheit) for the sensors’ readout electronics, which reside just behind the focal plane. And finally it maintains all this hardware in a clean, contaminant-free, high-vacuum environment.

With the LSST camera, scientists will be able to capture images of the entire Southern sky every few days for a period of 10 years, which will produce petabytes of unprecedented astrophysical data.

The cryostat is now located in LSST’s primary cleanroom at SLAC, where it’s undergoing vacuum testing. The entire camera is scheduled to be shipped to its final home on a mountaintop in Chile in 2020.