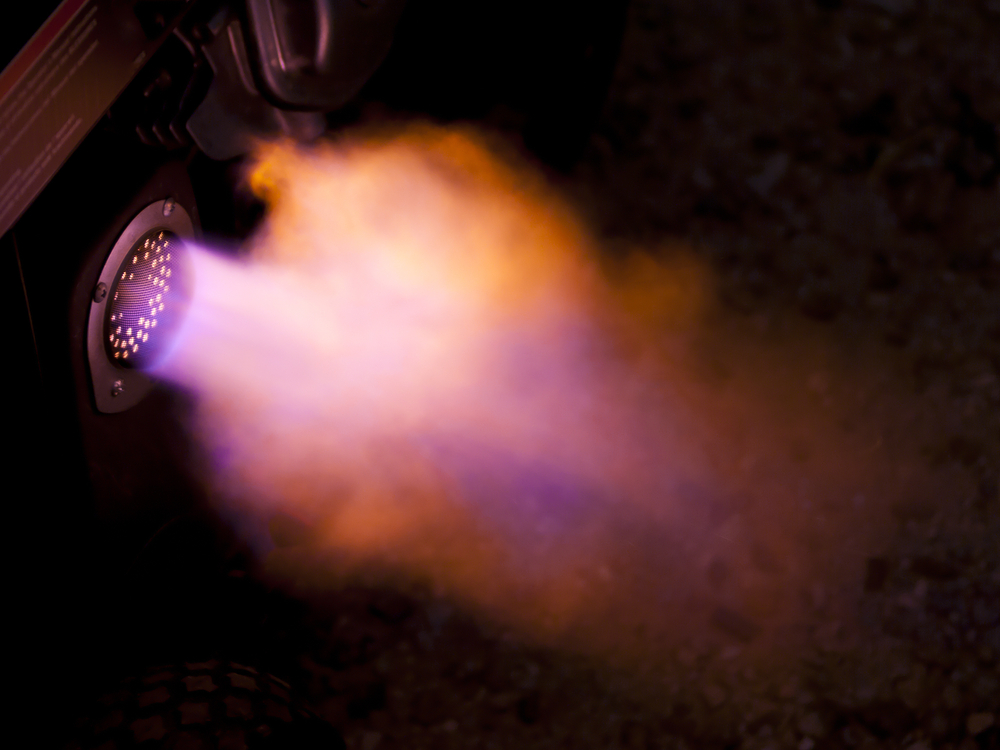 A “cool flame” may sound contradictory, but it’s an important element of diesel combustion — one that, once properly understood, could enable better engine designs with higher efficiency and fewer emissions.

The adjective cool is relative: the cool flame burns at less than 1,150 degrees Kelvin (1,610 degrees Fahrenheit), about half the typical flame burning temperature of 2,200 degrees Kelvin. While cool flames were first observed in the early 1800s, their properties and usefulness for diesel engine design have only recently been investigated.

“We’re trying to quantify the influence of cool flames in stratified turbulent jets during the ignition and flame stabilization processes. The insights gleaned will contribute to more efficient, cleaner burning engines,” Chen said. “Our holy grail is to understand the physics of turbulent mixing coupled with high-pressure ignition chemistry, to aid in developing predictive computational fluid dynamics models that can be used to optimize engine design.”

The team’s research has shown that during autoignition (the spontaneous ignition of injected fuel in a combustion engine), cool flames accelerate the formation of ignition kernels — tiny localized sites of high temperature that seed a fully burning flame — in fuel-lean regions. The work was performed at Sandia’s Combustion Research Facility using Direct Numerical Simulations, a powerful numerical experiment that resolves all turbulence scales, and was published in the Proceedings of the Combustion Institute with Krisman as the lead author. The work was supported by the Department of Energy’s (DOE’s) Office of Basic Energy Sciences.

Borghesi further extended the cool flame study by performing a three-dimensional study on n-dodecane, a diesel surrogate fuel that has been the recent focus of Sandia’s Engine Combustion Network on spray combustion in diesels (the study that Krisman authored with dimethyl ether, a simpler fuel, was in two dimensions). Borghesi’s paper is pending publication. Taken together, both Krisman’s and Borghesi’s papers will form a comprehensive study of low-temperature chemistry in autoignitive flames at different stages of ignition.

The details of starting an engine are often taken for granted. Unlike a gasoline engine, in which the fuel-air mixture is ignited with a spark plug, in a diesel engine the fuel must auto-ignite when it is injected into the hot, compressed air that is in the piston at the top of the piston stroke. As the fuel is injected into the engine cylinder, rapid mixing and combustion combine to burn the fuel and drive the engine. While this lasts mere fractions of a second, the conditions of the flame that start this powerful process are crucial for improving engine efficiency and minimizing pollution formation.

The cool flame studies were performed at the DOE’s Oak Ridge Leadership Computing Facility on Titan, a 27-petaflop supercomputer, using a computational grant from DOE INCITE , or Innovative and Novel Computational Impact on Theory and Experiment. Computations using some of the world’s largest supercomputers, such as Titan, are required to produce an accurate and detailed calculation of the autoignition process.

“Combustion processes are challenging to study because the fuel itself is quite complicated,” Borghesi said. “Fuel oxidation chemistry consists of hundreds of species and thousands of chemical reactions. A realistic simulation of diesel combustion needs to capture this complex chemistry accurately in an overall model that includes turbulent mixing and heat transfer.”

In the future, the team would like to investigate basic questions about the speed and structure of flames at diesel engine conditions and study the relationship between spray evaporation, ignition, mixing and soot processes associated with multicomponent fuels. These basic questions will contribute to studying the cool flame’s crucial role in engine energy production and exercise the valuable capabilities of Direct Numerical Simulations running on exascale supercomputers as a highly precise and detailed numerical simulation method.