Coral reefs may be some of the earliest victims of the ongoing threat of climate change.

New climate model projections of the world’s coral reefs show that reefs in Taiwan and around the Turks and Caicos archipelago will be among the world’s first to experience coral bleaching, which poses a grave threat to one of the Earth’s most important ecosystems.

According to the National Oceanic and Atmospheric Administration (NOAA), bleaching is when corals expel the algae living in their tissues, which causes the coral to turn completely white.

While a bleaching event is not fatal, the coral is under more stress and has an increased risk of mortality.

Coral reefs are particularly vulnerable to climate change because they are easily affected by warm water.

According to new research published in Scientific Reports, if current trends continue and the world fails to reduce greenhouse gas emissions, then severe bleaching will occur every year on 99 percent of the world’s reefs within the century.

Erik Solheim, head of U.N. Environment, explained the new predictions should be used by environmental groups to advocate for efforts to slow down or reverse the impacts of climate change.

“These predictions are a treasure trove for those who are fighting to protect one of the world’s most magnificent and important ecosystems from the ravages of climate change,” Solheim said in a statement. “They allow conservationists and governments to prioritize the protection of reefs that may still have time to acclimatize to our warming seas.

“The projections show us where we still have time to act before it’s too late.”

If the Paris Agreement’s aspirational target of limiting global temperature increase to 1.5 degrees Celsius is met, it could provide a safer but not entirely safe space for coral reefs.

According to the new study, coral reefs will begin to suffer from annual bleachings beginning in 2043.

However, even if the emission reductions exceed the pledge made by 195 countries in 2015 more than three quarters of the world’s coral reefs is projected to be bleached every year before 2070.

According to study leader Ruben van Hooidonk, Ph.D., of NOAA and the University of Miami, it takes at least five years for a reef to recover from a single bleaching event.

“Bleaching that takes place every year will invariably cause major changes in the ecological function of coral reef ecosystems,” van Hooidonk said in a statement. “Further, annual bleaching will greatly reduce the capacity of coral reefs to provide goods and services, such as fisheries and coastal protection, to human communities.”

While scientists urge the world to take action to prevent future bleachings, some of the damage is already done.

Between 2014 and 2016 the longest global bleaching event ever recorded occurred and in 2016 alone bleaching hit 90 percent of the coral on the Great Barrier Reef and killed more than 20 percent of the reef’s coral.

Other reefs that could be vulnerable in the next decade include off the coast of Bahrain, in Chile and in French Polynesia.

More accurate predictions as to when bleachings occur can help policymakers and conservationists decide which reefs to prioritize, while also making decisions to reduce land-based pollution, halt overfishing and prevent damage from tourism.

Another study, published in Nature Communications, shows that the harebell, a herbaceous perennial flowering plant, may also fall victim to climate change.

Matthias Schleuning, PH.D., of the Senckenberg Biodiversity and Climate Research Centre, said the plant is an essential food source for a specialized species of leaf-cutter bee and there could be a chain reaction if either the plant or the insect are wiped out.

Schleuning and colleagues modeled the vulnerability of more than 700 European plant and animal species to future climate change projections, combing these models with data on interactions of plants with their animal pollinators and seed dispersers for the first time. 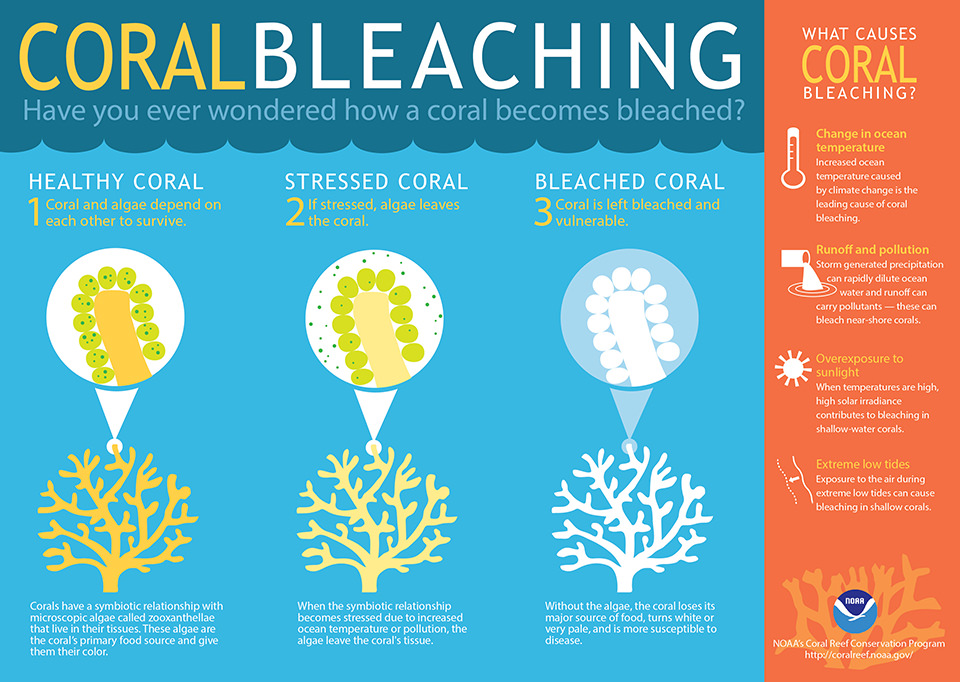