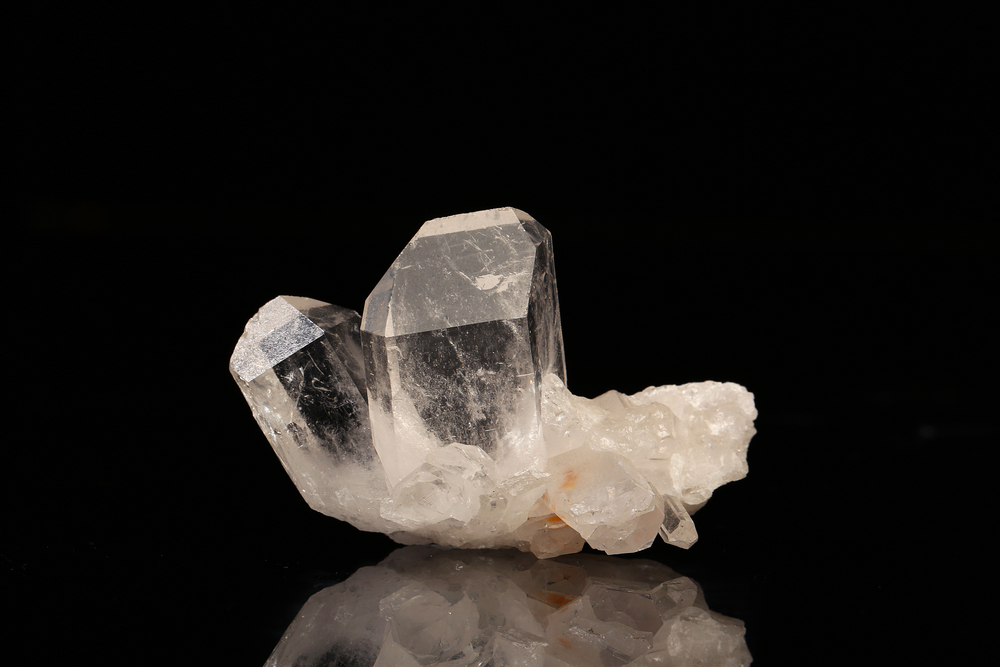 A collaborative effort between research groups at the Technical University of Freiberg and the University of Siegen in Germany demonstrates that the physical properties of SrTiO3, or strontium titanate, in its single crystal form can be changed by a relatively simple electrical treatment. SrTi03 is a mineral often studied for its superconducting properties.

The treatment, described this week in Applied Physics Letters, from AIP Publishing, creates the effect known as piezoelectricity, where electricity results from mechanical stress, in the material which did not originally see piezoelectric effects. This could be extremely important as our technologically-oriented society makes ever-growing demands for new materials and unusual properties.

Crystalline materials are made of atoms and electrons, which arrange themselves in periodic patterns. The atomic structure of a crystal is similar to a piece of a cross-stitching pattern, but the scale is about ten million times smaller. While a cross-stitching technique might be tricky at first, once you learn the pattern, you just repeat the same stitches to fill the available space. Nature works much the same way in building crystals: it “learns” how to connect atoms with each other in a so-called unit cell and then repeats this building block to fill the space making a crystal lattice.

Looking at a crystal structure is somewhat like looking at fabric through a magnifying glass. Using a technique called X-ray diffraction, researchers apply external stimuli (e.g. stretch or an electric voltage) to a crystal and see how different connections (atomic “stitches”) respond.

“The idea for this work was born when I was giving a colloquium talk in TU Freiberg, presenting our new technique for time-resolved X-ray diffraction and investigating piezoelectric material. Our colleagues in Freiberg had been investigating artificially created near-surface volumes of SrTiO3 crystals, with properties different from the normal bulk SrTiO3,” said Semën Gorfman, a University of Siegen physicist.

The Siegen research team had developed unique experimental equipment to investigate crystal structures under a periodically varying field using X-ray diffraction that is mobile and can connect to any available instrument, such as a home-lab X-ray diffractometer or a synchrotron beamline.

“Since the measurements are non-routine, this experimental equipment makes our research truly unique and original,” Gorfman said. “It turned out that the technique developed at Siegen, was ideally matched to the research direction that the Freiberg team was working on, so we came up with the hypothesis to be tested (piezoelectricity in field-modified near surface phase of SrTiO3 crystal), and a suggested experimental method (stroboscopic time-resolved X-ray diffraction), performed the experiment and got results.”

This work shows that new physical properties can be created artificially, reporting the piezoelectric effect in the artificially designed new phase of SrTiO3, a material that is not piezoelectric under normal conditions.

“We believe that physical properties of migration field induced polar phase in SrTiO3 opens a new and interesting chapter for research, Gorfman said. “The challenge now is to make the effect practical so that it can be used for devices.”