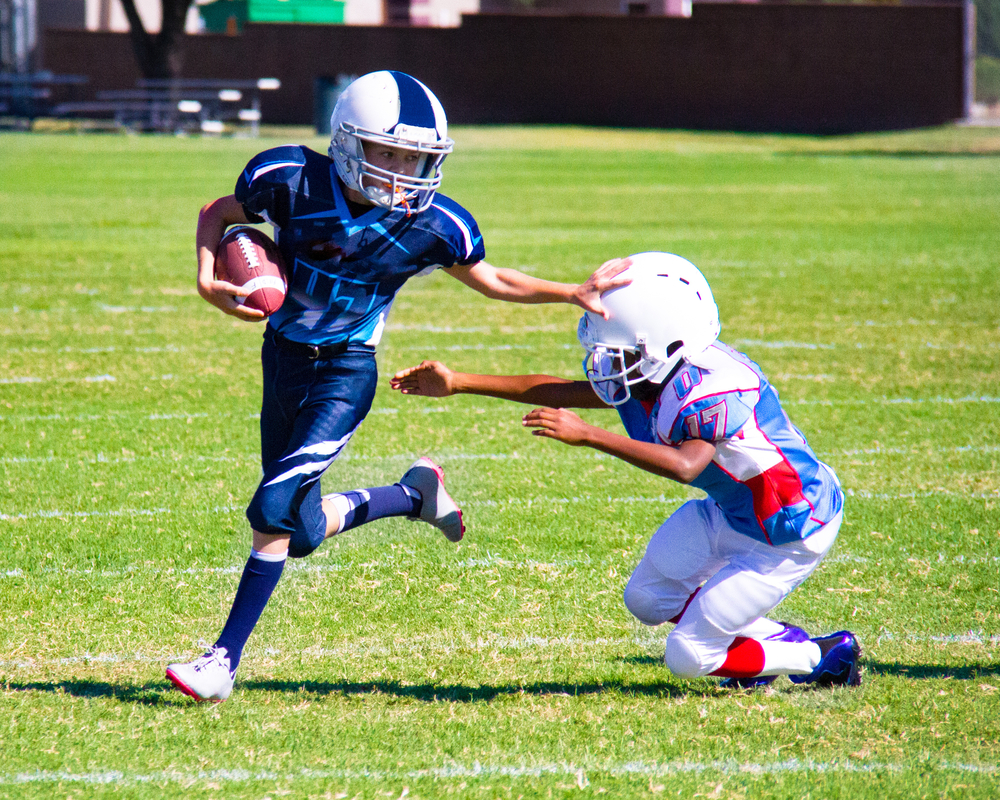 Each year, more than 3 million children in primary and high school play tackle football in the United States. Growing concern about the possible negative effects of repetitive sub-concussive head impacts led to an increased number of physicians and parents who counsel against youth participation in full-contact sports.

“When trying to determine the chronic effects of repetitive sub-concussive head impacts, prospective outcomes studies are an important complement to the existing retrospective studies,” says Dr. Rose. “In this study of primary school and high school football players, a battery of neurocognitive outcomes tests did not detect any worsening of performance associated with cumulative head impacts.”

The pre- and post-season assessments used to measure outcomes included:

Sensors placed in the helmets recorded sub-concussive head impacts during practices and games. Researchers added the impact g-forces to yield a cumulative impact measure. According to the study, cumulative impact did not predict changes (from pre-season to post-season) in any of the outcome measures. Additionally, Dr. Rose notes, having sustained one or more concussions prior to entering the study was not associated with worse pre-season testing.

“We expected repetitive impacts to correlate with worsening neurocognitive function, but we found that sub-concussive head impacts sustained over the course of a single season were not associated with neurocognitive functional outcomes. And also surprising, sustaining isolated high g-force impacts was also not associated with worse outcome,” says Dr. Rose. “The lack of a significant association may reflect the need for longer follow up – so we are continuing to follow kids across multiple seasons.”

This publication is the first analysis in a four-year prospective cohort study. Dr. Rose will be presenting data from the second year of the study at the upcoming Child Neurology Society meeting in mid-October. The team is currently collecting data for a third year.