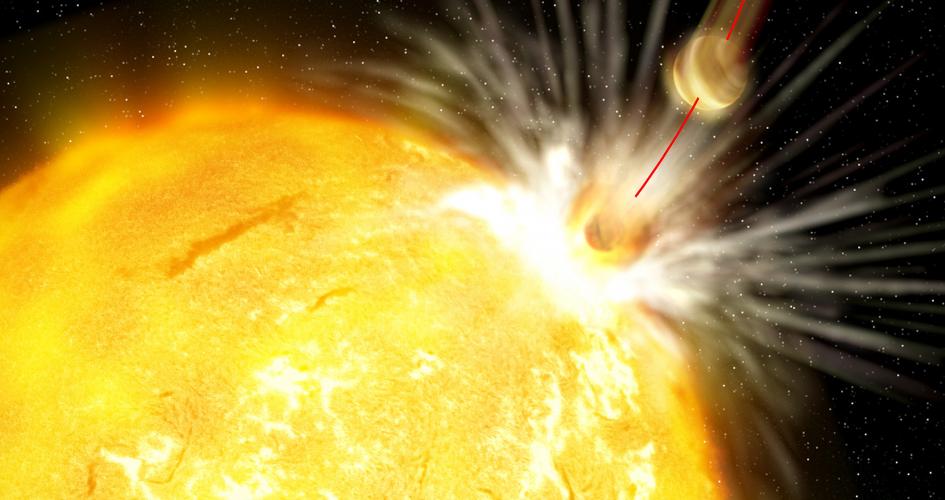 HIP68468, a twin star to the sun about 300 light-years away, may have swallowed one or more of its planets, based on lithium and refractory elements recently discovered near its surface. (Credit: Gabi Perez/Instituto de Astrofísica de Canaria)

A newly discovered host star in a planetary system has shown signs of feasting on some of its planets.

Researchers from the University of Chicago joined an international team of scientists in discovering the planetary system with a star similar to the sun that has ingested some of the planets in the system.

Jacob Bean, assistant professor of astronomy and astrophysics at UChicago and co-author of an Astronomy & Astrophysics article on the research, explained that the discovery may not indicate anything about the Earth’s solar system.

“It doesn’t mean that the sun will ‘eat’ the Earth any time soon,” Bean said in a statement. “But our discovery provides an indication that violent histories may be common for planetary systems, including our own.”

Astronomers discovered the first planet orbiting a star other than the sun in 1995 and since then more than 2,000 exoplanets have been identified.

The host star—HIP68468—is 300 light years away and is similar to the sun, making these “solar twins” ideal targets for investigating the connections between stars and their planets.

The discovery was part of a multi-year project aimed at discovering planets that orbit solar twins.

Megan Bedell, a UChicago doctoral student who is co-author of the research and the lead planet finder for the collaboration, said it’s difficult to draw conclusions based on the discovery and that more studies are warranted.

According to computer simulations that show billions of years in the future, the accumulated gravitational tugs and pulls between planets will eventually cause Mercury to fall into the sun.

The research team consisting of members from several continents used a 3.6-meter telescope at La Silla Observatory in Chile to discover their first exoplanet in 2015. The most recent discovery, which still needs confirmation, includes two planet candidates—a super Neptune and a super Earth.

Both planets have orbits close to the host star with one 50 percent larger than Neptune and located at a Venus-like distance from the star and the other is three times the Earth’s mass and only takes three days to orbit the star.

Bedell said the planets likely didn’t form where they were discovered and most likely migrated inward from the outer parts of the planetary system, lending credence to the theory that other planets could have either been ejected from the system or ingested by the host star.

The host star contains four times more lithium than what astronomers expect for a star that is 6 billion years old, as well as a surplus of refractory elements—metals resistant to heat and that are abundant in rocky planets.

In stars like HIP68468 and the sun lithium is consumer over time, while planets preserve lithium because their inner temperatures are not high enough to destroy the element.

The researchers explain HIP68468 containing more lithium because when a star engulfs a planet the lithium that the planet deposits in the stellar atmosphere stands out.

The research team will continue to monitor more than 60 solar twins, looking for more exoplanets.

Bean explained that the Giant Megellan Telescope under construction in Chile, which the University of Chicago is a founding partner, will lend to more discoveries of Earth-like exoplanets around solar twins.

“In addition to finding Earth-like planets, the Giant Magellan Telescope will enable astronomers to study the atmospheric composition of stars at even greater detail than we can today,” Bean added. “That will further reveal the histories of planetary systems that are subtly imprinted on their host stars.”