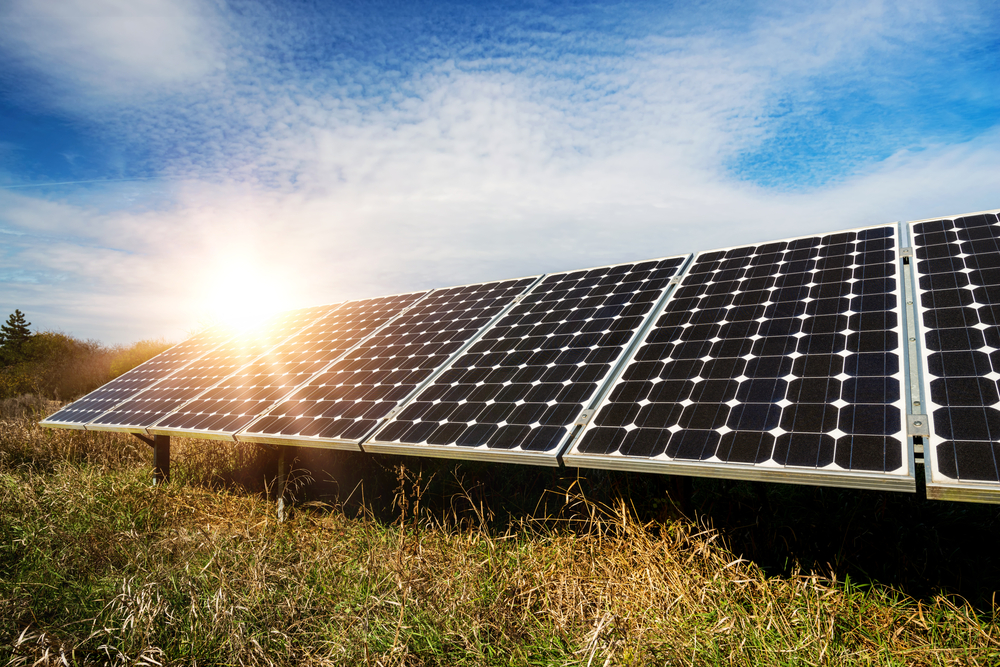 However, implementing it on a large enough scale to achieve those goals is no easy task.

Enter the Sunshot Initiative, a U.S. Department of Energy (DOE) effort to drive down the cost of solar electricity and support solar adoption. SunShot aims to make solar energy a low-cost electricity source through research and development efforts in collaboration with public and private partners.

The initiative, started in 2010, has already supported nearly 300 projects and accomplished several of its initial cost-reduction goals. Nevertheless, the project is nowhere near slowing down.

They recently announced a $46.2 million investment for 48 projects to develop innovative, early-stage solar power technologies. Over 20 million of that funding is allocated to develop the next generation of photovoltaic (PV) technologies, and another $25.7 million will go toward supporting entrepreneurs and small businesses working on early-stage research.

Sunshot Director Charlie Gay, Ph.D., the Solar Energy Technologies Office Director for the Office of Energy Efficiency and Renewable Energy of the DOE, spoke with R&D Magazine about the initiative’s goals, key projects, and why investing in solar energy is so important to U.S. success.

R&D Magazine: What are the main goals of the Sunshot Initiative?

Charlie Gay: We started Sunshot to specifically target reducing the cost of solar as rapidly as possible. We launched in Aug. 2010. The goal at that stage was to get to .6 cent/kilowatt-hour electricity for utility scale PV — that’s using PV modules in power plants that are larger than 10 megawatts or so in size. That goal was targeted to be achieved by 2020. In the past year, the industry accomplished meeting that goal.

We doubled down again to lower to the cost of electricity in the case of utility PV from .6 cents to .3 cents/ kilowatt-hour by 2030. We have mapped out a roadmap of technology and materials that are important to develop to maximize the opportunities for reaching that .3/kilowatt hour target.

The solar effort has very clearly defined goals; it has mapped out a set of activities to conduct research on the materials necessary to reach those low-cost goals, and basic work is being done to understand the best way to intergrade solar generation into the utility system.

R&D Magazine: What areas of research are currently the most prominent within solar?

Charlie Gay: One of our focuses is concentrated solar power. This is most commonly seen if you fly over desert areas where there are mirrors mounted on pedestals. The sun’s rays are focused on one central receiver and that receiver heats up a fluid that runs a turbine. The turbines are similar to the ones that might be used in natural gas, coal, or oil burning power plants, but the heat source is the sun and the fluid is a material—typically molten salt—that can operate at temperatures above 550 degrees Centigrade. That runs through a heat exchange that then connects in with the turbine.

In the solar program, we have PV activity, concentrating solar activity and a third important activity— determining how to connect into the grid. The concentrating solar work is a natural way of being able to provide the benefit of sunlight 24 hours a day because the molten salt is actually storable in a tank that then can be used at the discretion of the utility operator to provide power.

The integration of PV with the grid is very different because it makes electricity instantaneously and needs to be used instantaneously. There are large-scale power systems that are used in large power plants. Often today, they are in the range of 200 to 700 megawatts in size. The other half of the applications for PV are in the distribution end of the grid. For example, it could be used in neighborhoods, it could be residential homes, hotels, strip malls, things along those lines.

R&D Magazine: What partners is the Sunshot initiative working with?

Charlie Gay: About 40 percent of our funds go to national laboratories; the primary laboratory for renewable energy is the National Renewable Energy Laboratory in Golden, CO. We do a lot of work with Sandia National Lab, Lawrence Berkeley Lab, Pacific Northwest Lab, Argonne Lab, and Oak Ridge Lab. All of the major national laboratories have engaged in solar in some dimension because the costs have fallen so rapidly and the adoption is scaling so quickly. There are a lot of great new opportunities for innovation.

R&D Magazine: What are the biggest barriers to mainstreaming solar energy?

Charlie Gay: Largely, the biggest challenge is integration with the utility system. The world of utilities is undergoing a very dramatic change, not just because of solar, but solar and wind together now for new-generation capability, add up to more than the generation added by fossil energy. The distribution of these generators, in the case of solar as you might imagine, tend to be more inclined to the warmer places— the southwest, California and Hawaii are huge adaptors of solar. There is also significant adoption in North Carolina. It depends on policy, it depends on electricity need, and it depends on the utility’s forward-looking plans for how to make best use of the existing wires. A typical utility may have as much capital invested in wire, as it has invested in large generation plants. Being able to put solar wherever you want on a wired system is a little bit like ‘Uber-ization’ of the highway. We have ‘Uber-ized’ electronics in effect here. You can generate electricity where you need it, closest to where it’s being consumed. We are developing the methods to value the power where it is located and when it is available, for example, solar is a great match for air conditioning needs. By being able to shave down the demand for electricity to meet air conditioning loads, that means there is an opportunity for utilities to better optimize their existing wires and sort of level out, the benefits of having a grid that networks our states.

R&D Magazine: Are there particular accomplishments that this initiative has achieved that you are really proud of?

Charlie Gay: I am most proud of meeting our cost-reduction goal ahead of schedule. The rate of cost reduction is faster than the starry-eyed views that we had back in 2010. We have essentially raised the high jump bar, and now we can do even more. We can build on what we’ve already learned.

Another, just as important accomplishment, is having created a pipeline of talent for jobs that are now significant in the solar business. Last year there were over 260,000 people employed in the solar industry, all the way across the value chain— from direct materials and equipment to power plant financing. Of those jobs, over 150,000 were in the installation and project development side, where the average wage across all of the U.S. was $26 an hour. This is an opportunity where we are adding 1,000 brand new jobs every week.  Having university partners and having ways to utilize the laboratory asset base, represents for us a reserve of infrastructure that can be used for education purposes, so that people are ready to go to work on the first day they report to work. We need universities, laboratories, trade schools, all of these institutions to help us fill that pipeline of talent.

This is one of the main points that is important to communicate. Rather than solar being a threat, it is an incredible opportunity to make our grid more robust and resilient and at the same time create jobs that pay well.