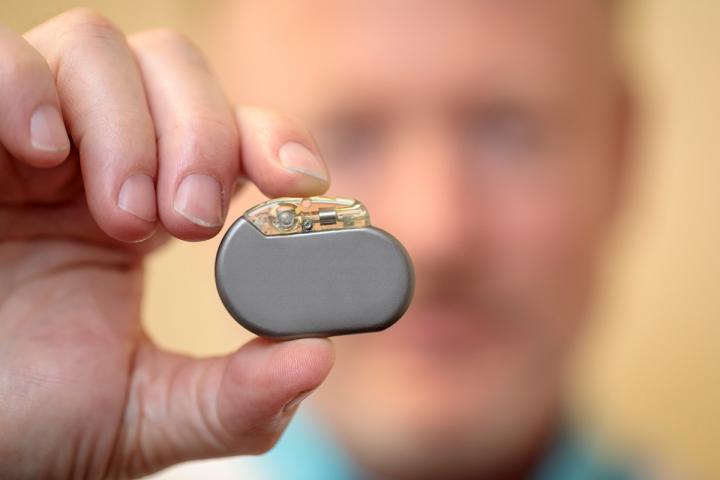 People with depression who are treated with nerve stimulation experience significant improvements in quality of life, even when their depression symptoms don’t completely subside, according to results of a national study led by researchers at Washington University School of Medicine in St. Louis.

The study involved nearly 600 patients with depression that could not be alleviated by four or more antidepressants, taken either separately or in combination. The researchers evaluated vagus nerve stimulators, which send regular, mild pulses of electrical energy to the brain via the vagus nerve. The nerve originates in the brain, passes through the neck and travels down into the chest and abdomen.

The FDA approved vagus nerve stimulation for treatment-resistant depression in 2005, but there has been a recognition more recently that evaluating only a patient’s antidepressant response to stimulation does not adequately assess quality of life, which was the purpose of this study.

The findings are published online Aug. 21 in The Journal of Clinical Psychiatry.

“When evaluating patients with treatment-resistant depression, we need to focus more on their overall well-being,” said principal investigator Charles R. Conway, MD, a Washington University professor of psychiatry. “A lot of patients are on as many as three, four or five antidepressant medications, and they are just barely getting by. But when you add a vagus nerve stimulator, it really can make a big difference in people’s everyday lives.”

As many as two-thirds of the 14 million Americans with clinical depression aren’t helped by the first antidepressant drug they are prescribed, and up to one-third don’t respond to subsequent attempts with other such drugs.

The researchers compared patients who received vagus nerve stimulation with others who received what the study referred to as treatment as usual, which could include antidepressant drugs, psychotherapy, transcranial magnetic stimulation, electroconvulsive therapy or some combination.

The researchers followed 328 patients implanted with vagus nerve stimulators, many of whom also took medication. They were compared with 271 similarly resistant depressed patients receiving only treatment as usual.

In assessing quality of life, the researchers evaluated 14 categories, including physical health, family relationships, ability to work and overall well-being.

“On about 10 of the 14 measures, those with vagus nerve stimulators did better,” Conway said. “For a person to be considered to have responded to a depression therapy, he or she needs to experience a 50 percent decline in his or her standard depression score. But we noticed, anecdotally, that some patients with stimulators reported they were feeling much better even though their scores were only dropping 34 to 40 percent.”

A vagus nerve stimulator is surgically implanted under the skin in the neck or chest. Stimulation of the vagus nerve originally was tested in epilepsy patients who didn’t respond to other treatments. The FDA approved the device for epilepsy in 1997, but while testing the therapy, researchers noticed that some epilepsy patients who also had depression experienced fairly rapid improvements in their depression symptoms.

In the new study, patients with stimulators had significant gains in quality-of-life measures such as mood, ability to work, social relationships, family relationships and leisure activities, compared with those who received only treatment as usual.

Study participant Charles Donovan said he never felt much better when he took antidepressant drugs. He was hospitalized for depression several times before he had a stimulator implanted.

“Slowly but surely, my mood brightened,” he recalled. “I went from being basically catatonic to feeling little or no depression. I’ve had my stimulator for 17 years now, and I still get sad when bad things happen — like deaths, recessions, job loss — so it doesn’t make you bulletproof from life’s normal ups and downs, but for me, vagus nerve stimulation has been a game-changer.

“Before the stimulator, I never wanted to leave my home,” he said. “It was stressful to go to the grocery store. I couldn’t concentrate to sit and watch a movie with friends. But after I got the stimulator, my concentration gradually returned. I could do things like read a book, read the newspaper, watch a show on television. Those things improved my quality of life.”

Conway believes an improved ability to concentrate may be key to the benefits some patients get from stimulation.

“It improves alertness, and that can reduce anxiety,” he said. “And when a person feels more alert and more energetic and has a better capacity to carry out a daily routine, anxiety and depression levels decline.”