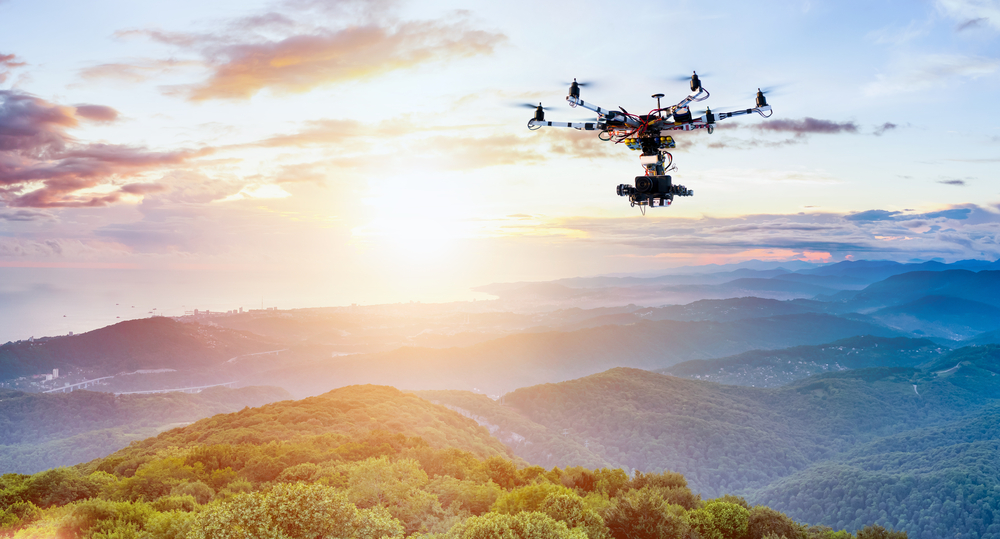 An innovation providing key clues to how humans might manage forests and cities to cool the planet is taking flight. Cornell researchers are using drone technology to more accurately measure surface reflectivity on the landscape, a technological advance that could offer a new way to manage climate change.

“When making predictions about climate change, it’s critical that scientists understand how much energy the earth is absorbing and retaining,” said Charlotte Levy, a doctoral candidate who presented a talk on her research at the annual Ecological Society of America meeting, in Portland, Oregon, Aug. 8.

When a surface reflects solar energy rather than absorbing it as heat, the result is major cooling, locally and globally. The scientific term for the measurement of surface reflectivity is albedo. “Albedo is important to understand because it’s one of the main controls for the Earth’s overall energy budget,” said Levy, whose research project is directed by Timothy Fahey, professor of natural resources. She is advised by Christine Goodale, professor of ecology and evolutionary biology.

Using drones, also known as unmanned aerial vehicles, Levy and others have developed a novel method of measuring albedo with more flexibility and accuracy than was possible before.

Climate scientists have long been able to get albedo measurements throughout the United States via satellites and sensors placed on research towers. However, there are relatively few of these, and they cannot be moved to compare the albedo of nearby locations. “The drones allow for measurements to be taken wherever they are needed,” Levy said. “We can send one to hover above a forest and then have it fly across the road where the same forest was thinned five years earlier, and we can measure precisely what the difference is.”

Past attempts by scientists to use drones to study albedo have failed because the sensors required to make the measurements are heavy and throw off the drones’ balance.

Currently, they are validating the method, demonstrating that the drones’ measurements compare favorably to those taken by satellite and tower.

“This is a big finding from a climate change perspective because we see a lot of potential applications,” said Levy.

Now the researchers can look specifically at how management techniques affect forests’ overall albedo, and can adjust forest planning to account for factors that influence climate change.

For years, climate researchers have known that planting forests results in a net positive effect on climate change. In certain conditions, however, such as locations blanketed with reflective snow cover for long portions of the year, planting trees can actually have a warming effect. As these cold-region trees grow, they create a dark surface that absorbs energy and, because they grow slowly, do not sequester as much carbon as trees in warmer regions that grow faster.

Levy focuses much of her research on determining where to plant forests in temperate regions with seasonal snow cover for maximum positive impact on the climate. She studies intricate problems like how thinning a forest compares to planting a particular mix of species.

Albedo measurements for any land surface are also vital to global climate models that scientists use as a basis for all of their climate predictions. The more accurate and numerous these are, the better those predictions will be. Architects and scientists interested in looking at the albedo of different building styles, which can be important for reducing the urban heat island effect, could benefit from the drone technology as well.

“What we did is very simple,” Levy said. “But it really changed how you can take these measurements, and we expect that to have a major impact on the way scientists think about global climate change.”