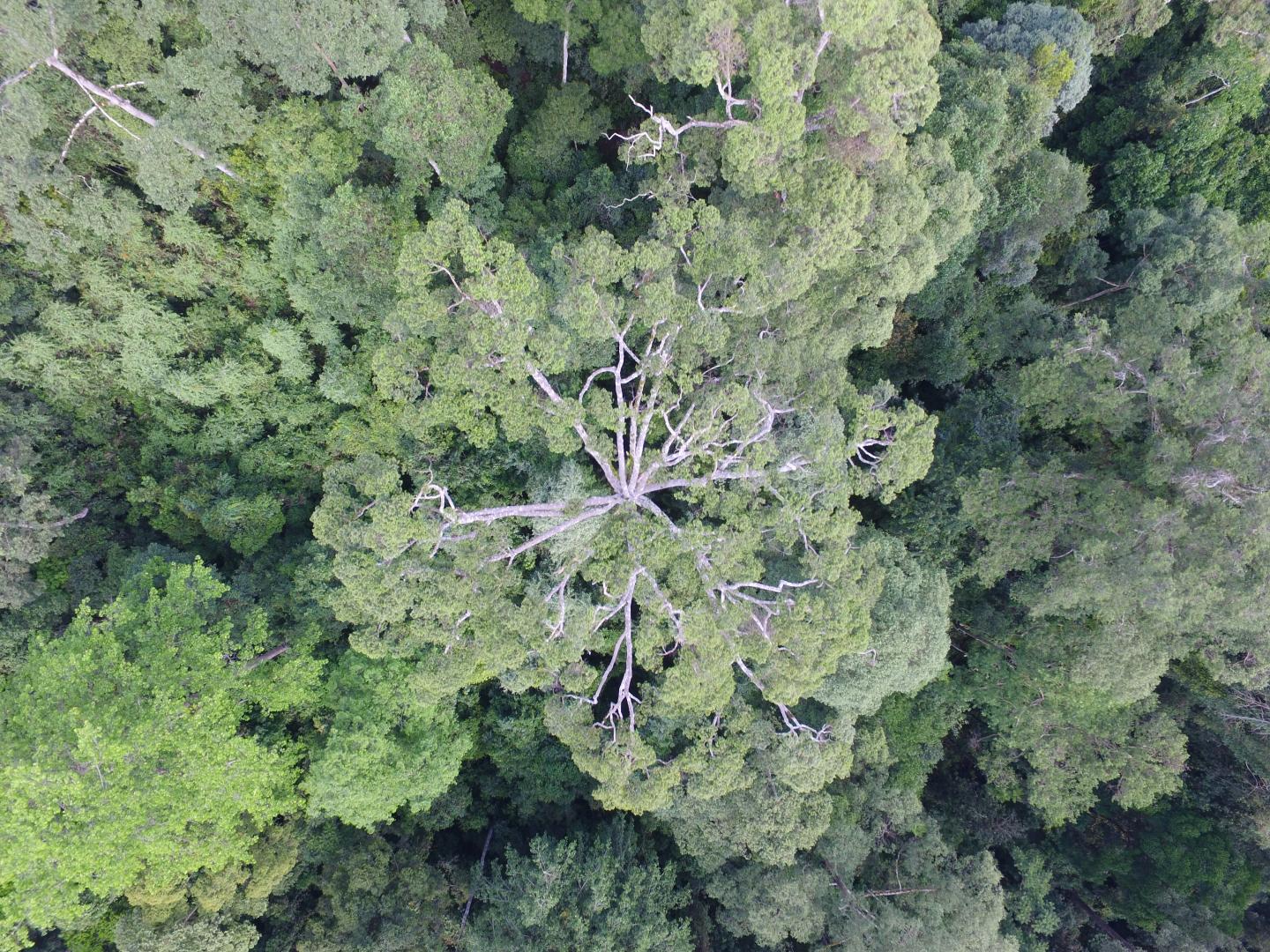 Researchers from the University of Nottingham are using drones to learn more about a plant that may shed light on the impact of climate change.

The scientists are using the unmanned aerial finders to survey woody climbing plants to get a better understanding on how they influence the carbon balance in tropical rainforests, which store approximately 30 percent of terrestrial carbon, while contributing to 40 percent of the global carbon sink.

It was previously discovered that woody climbing plants, also known as lianas, have increased in both number and bulk in recent decades.

These plants, which use trees as scaffolds to climb to the canopy and shade the tree leaves, ultimately restricting growth, are dramatically reducing the carbon uptake and storage of tropical forests.

Lianas use the structural biomass of trees to deploy leaves in the canopy, investing relatively more resources in producing an extensive leaf canopy than in woody tissue and therefore, disproportionately contributing to the forest canopy.

“Some research indicates that proliferation of lianas is due to global warming, and this looks set to increase in the future,” Catherine Waite, a professor from the School of Geography at the University of Nottingham, said in a statement. “This recent proliferation of lianas, together with the large impact they have on the carbon balance and cycle of tropical forests, means it is more important than ever to study where they are infesting tree canopies more comprehensively and frequently than possible with current methods.”

Traditionally, scientists measure liana infestation from the ground up. However, this labor-intensive process is both time-consuming and difficult, especially for the upper canopy layers that can extend to 70 feet above the ground with understory vegetation making visibility extremely challenging.

However, scientists have also used manned aircraft to collect data, which can be expensive as well as coarser because the greater flying height, making discrimination of lianas less precise.

Data collection becomes both cheaper and more efficient with the use of lightweight unmanned aerial vehicles, as well as more accurate. The researchers were able to capture aerial images of the trees using the drones, allowing them to accurately see the extent of the climbing plant’s infestation from above the canopy.

“With a drone it is much easier to assess liana infestation, especially in the taller trees,” Waite said. “The images are of a high quality and you can accurately see how much liana there is in the tree crown.

“This method is also much quicker, as the drone can cover a larger area in less time, and more cost efficient as you need fewer people to carry out the survey,” she added.

Drones will allow the researchers to see tree phenological patterns in the images, including flowering, fruiting, and leaf fall and flush.

The researchers now plan to use the drone-captured data to map the lianas and look at what influencing factors affect why they are growing the way that they are.

“The data collected from the drone images are as accurate as ground data, but the drone method is also superior in assessing the infestation of tree crowns in upper canopy layers, as well as faster and less expensive,” Waite said. “This will hopefully mean that we can take steps forward in liana and tropical forest ecology research.

“Understanding the impact lianas have on the global carbon balance is vital and it is particularly useful for forest management in the future, where knowledge and the location of the liana infestation can be used for tailored, targeted and effective management of tropical forests,” she added. “As well as paving the way for improving models of climate change, our new method provides an important data source for understanding other ecological changes in tropical forests.”

The study was published in the Journal of Applied Ecology.