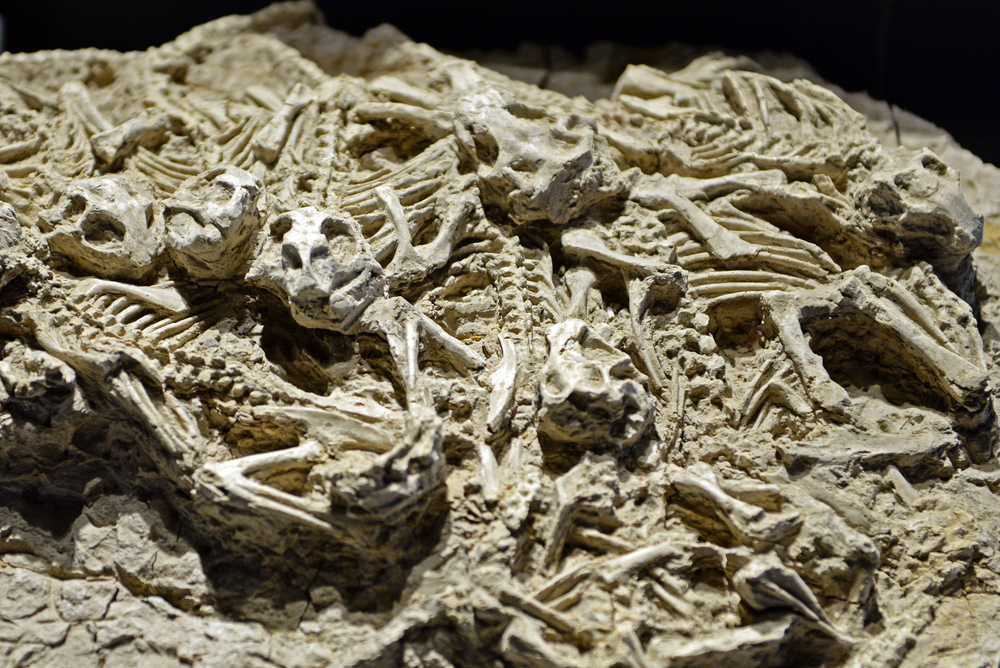 A team from Virginia Tech have discovered Teleocrater rhadinus—a carnivorous creature from southern Tanzania that is approximately seven to 10 feet long with a long neck and tail that walks on four crocodilian-like legs.

“The discovery of Teleocrater fundamentally changes our ideas about the earliest history of dinosaur relatives,” Sterling Nesbitt, an assistant professor of geosciences in the College of Science, said in a statement. “It also raises far more questions than it answers.”

Researchers previously thought that the early dinosaurs were about the size of a chicken and walked on two legs.

According to the study, the closest extinct relatives of dinosaurs either have highly derived morphologies or are known from poorly preserved or incomplete material.

The creature, living more than 245 million years ago during the Triassic Period, pre-dated dinosaurs and fills in a critical gap in the fossil record.

The fossil shows up in the fossil record right after a large group of reptiles known as archosaurs split into a bird branch. This led to dinosaurs and eventually bird and crocodile branches, which eventually led to modern alligators and crocodiles.

Teleocrater and its kin are considered the earliest known members of the bird branch of the archosaurs.

“This research sheds light on the distribution and diversity of the ancestors of crocodiles, birds, and dinosaurs and indicates that dinosaur origins should be re-examined now that we know more about the complex history and traits of these early ancestors,” Judy Skog, program director in the National Science Foundation’s Division of Earth Sciences, said in a statement.

Teleocrater fossils were first discovered in Tanzania in 1933 by paleontologist F. Rex Parrington, and the specimens were first studied by Alan Charig, former Curator of Fossil Reptiles, Amphibians and Birds at the Natural History Museum of London, in the 1950s.

According to the recent study, the anatomy of T. rhadinus provides key information that unites several enigmatic taxa from across Pangaea into a previously unrecognized clade, Aphanosauria.

Researchers place the species as a resemblance to dinosaurs or crocodilians largely because the first specimen lacked crucial bones including ankle bones.

Teleocrater coupled with other recently discovered dinosaur cousins reveal that these animals were widespread during the Triassic Period and lived in modern day Russia, India and Brazil and existed and went extinct before dinosaurs even appeared in the fossil record.

The researchers now plan to return to southern Tanzania in May to find more remains and missing parts of the Teleocrater skeleton, while also continuing to clean the bones of the species and other animals from the dig site.