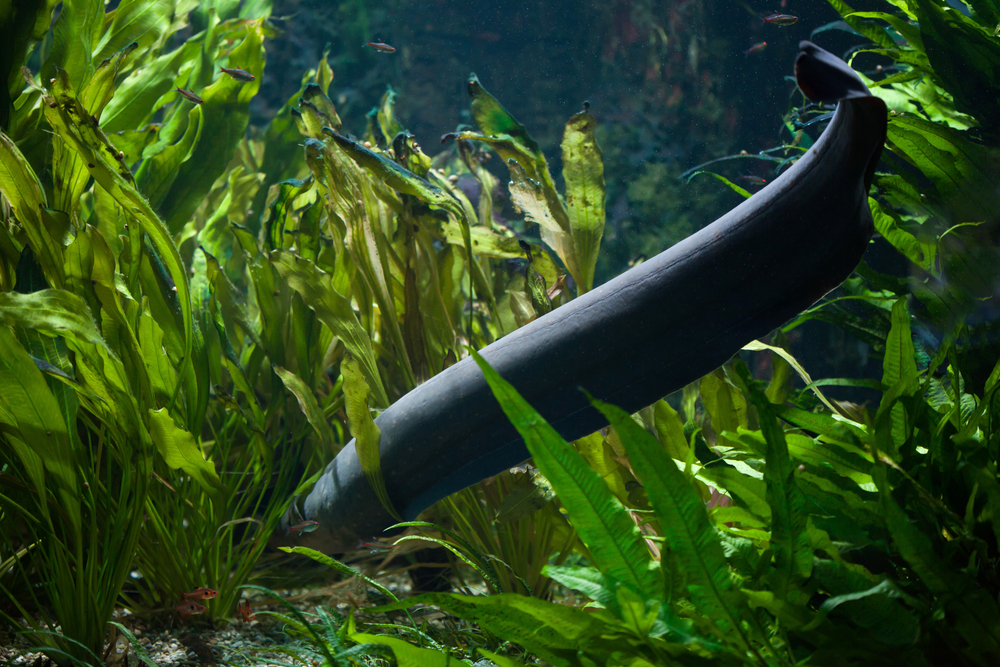 The electric eel is serving as the inspiration for the next generation of wearable and implantable medical devices.

Researchers from the University of Michigan have developed a flexible, transparent electrical device that utilizes bursts of energy similar to the electric eel, which could pave the way for body-friendly power sources for implanted health monitors and medication dispensers, augmented-reality contact lenses and several other applications.

The soft cells developed are comprised of a hydrogel and salt to form the first potentially biocompatible artificial electric organ that generates more than 100 volts. It produces electricity at high voltage with low current, similar to an extremely low-volume but high-pressure jet of water.

The device could power implantable or wearable devices without the toxicity, bulk or frequent recharging that comes with batteries. The technology could also one day lead to bioelectric systems that generate electricity from naturally occurring processes inside the body.

The researchers were inspired by the electric eel, which can pump out significant amounts of power in short bursts to zap prey or defend itself.

“The eel polarizes and depolarizes thousands of cells instantaneously to put out these high voltages,” study co-author Max Shtein, a Michigan associate professor of materials science and engineering, said in a statement. “It’s a fascinating system to look at from an engineering perspective—its performance metrics, its fundamental building blocks and how to use them.”

Specialized electrical organs contain thousands of alternating compartments, each with an excess of either potassium or sodium ions in a phenomenon called transmembrane transport.

Selective membranes keep the two ions separate the compartments, while the eel is in its resting state.  The membrane allows the ions to flow together when the eel needs to create a burst of electricity.

The system is similar to the inner workings of the eel where instead of sodium and potassium, the researchers used sodium and chloride that are naturally combined in common table salt, and dissolved it in a water-based hydrogel. The researchers used a specialized printer to print thousands of tiny droplets of the salty gel on a plastic sheet, alternating them with hydrogel droplets of pure water.

They then mimicked the eel’s selective membrane that keeps the compartments separate by using a second sheet of alternating droplets—made of charge-selective hydrogels. Each droplet allows either positively charged sodium or negatively charged chloride to pass, excluding the other.

The researchers then reversed an origami technique called a Miura fold to alternate all four-droplet types in a precise pattern on a flat sheet that had been laser-scored in a Miura pattern. After pressure is applied, the sheet quickly folded together, stacking the cells in exactly the right positions.

The Miura fold is often used to fold solar panels into satellites at launch, and then unpacked into large sheets once they are in space.