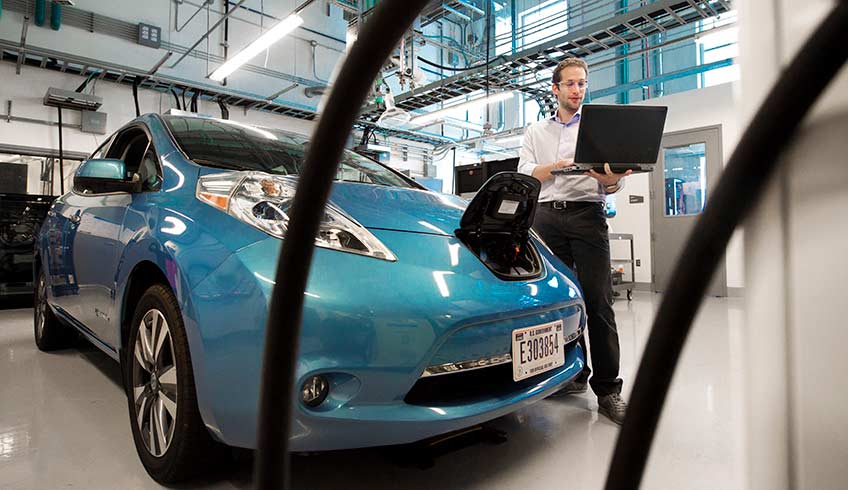 The push for plug-in electric vehicles (PEV) without coordination could harm the nation’s electric grid, according to a new study.

Researchers from the U.S. Department of Energy’s National Renewable Energy Laboratory (NREL) have developed a new computer simulation to explore the impacts in-home charging could have on the nation’s grid.

“Realizing the full benefits of vehicle electrification will necessitate a systems-level approach that treats vehicles, buildings, and the grid as an integrated network,” Johney Green Jr., NREL’s associate lab director for Mechanical and Thermal Engineering Sciences, said in a statement.

Matteo Muratori, a transportation and energy systems engineer at NREL, explained that past research did not focus on plug-in electric vehicles.

“Previous research into the amount of energy required by homes hasn’t taken into account plug-in electric vehicles,” he said in a statement. “Given that more people are choosing to drive these types of vehicles and charging them at home, this additional demand should not be overlooked.”

The simulation revealed that a PEV market share up to 3 percent—which is about 7.5 million electric vehicles—does not significantly impact the aggregate residential power demand. More than 600,000 plug-in electric vehicles were already on the road at the end of 2016, a figure that includes about 150,000 sold during the year.

According to the study, as more PEVs are added, the distribution infrastructure might no longer be able to reliably support the local electricity demand.

The researchers also examined the impact PEV charging had on a residential distribution transformer where a problem arises when motorists gathered in a geographic area began buying the vehicles and plugging them in to recharge upon returning home.

Despite not having large numbers of PEVs on the road, the clustering effect “will significantly increase the peak demand seen by distribution transformers and might require upgrades to the electricity distribution infrastructure.

Muratori said the higher demand could also shorten the expected life of a transformer.

He explained that future research should focus on understanding consumer behavior to determine charging requirements and the choice between using Level 1 and Level 2 residential charging equipment.