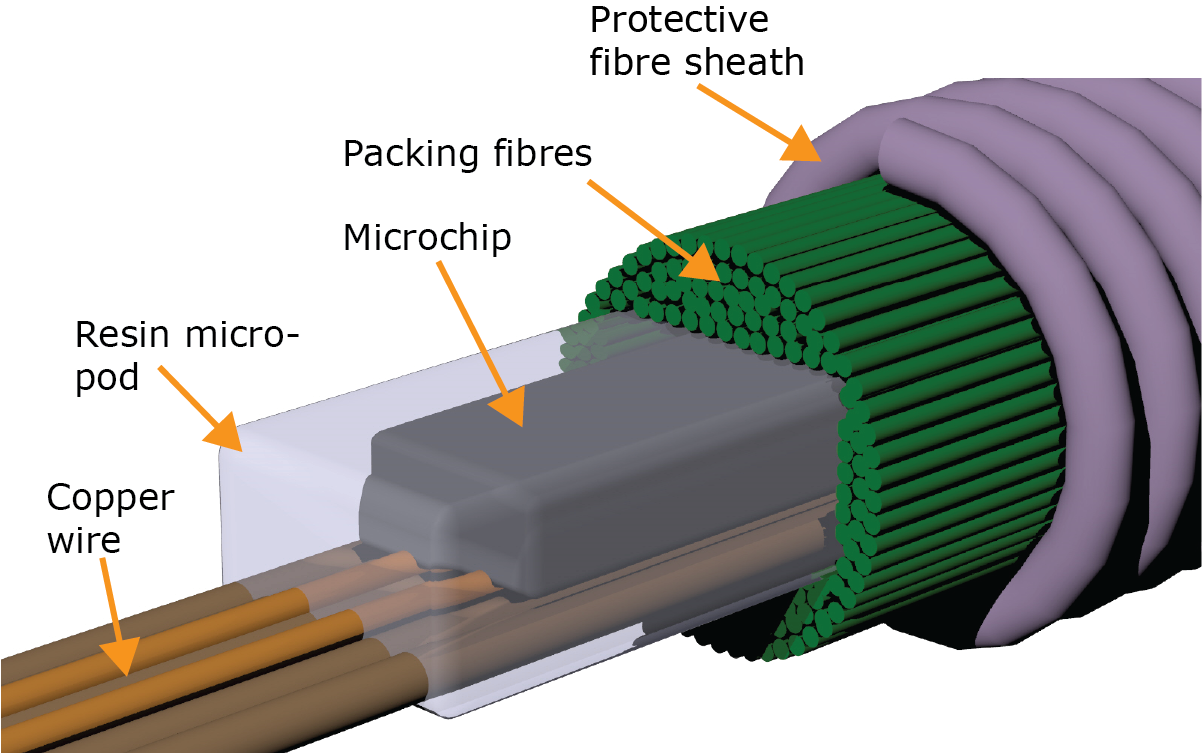 Figure 1: A schematic showing how an electronic yarn is constructed.

Wearable devices are the driving force behind the technical and cultural revolution currently taking place, which is changing the underlying way in which humans access, collect, and receive information. The spark that instigated this societal shift was the advent and wide-spread adoption of the mobile telephone.  The economic impetus created by the success of this innovation helped spur the drive to reduce component size and address power requirements, which in turn has been applied to wearable devices. With the ever-decreasing size of semiconductor devices, it is evident that textile-based wearables are the most logical progression of the technology.

Textiles themselves have had a very long history that is closely tied to humanities greatest industrial developments. The first physical sample of a textile have been carbon dated to 5000 BCE, yet evidence that textiles were known to mankind as far back as 25000 BCE have now been found.  As such, one could argue that textiles are the first material invented by humans, as it is not a naturally available material

During the last 27,000 years textile materials have gone through many evolutions; initially the focus was on enhancing the aesthetic properties, such as color, handle and comfort, and much later, especially during the last century, the focus has been on improving functionality.  This has led to the development of fabrics capable of stopping a bullet travelling at supersonic speeds, fire retardant fabrics and impact and cut-resistant fabrics. All these functionalities have been achieved via chemical processes and advances in polymer science.

By the latter part of the 19th century advances in electronics had led to interest in integrating electricity with textiles. An early example includes the use of illuminated headbands in the ballet La Farandole in 1883; essentially this was little more than a gimmick.  Almost a century later there was a re-emergence of interest in the technology.  Like their earlier counterparts electronics were attached to the surface, or enclosed in pockets, of these the first generation e-textile garments.

The second-generation e-textiles moved from a garment level integration to a textile level.  This saw electrically conductive yarns and optical components (fibre optics) integrated directly into a textile structure during its manufacture.  Recent developments, however, have moved beyond this to a yarn level.  In this exciting new generation of e-textiles, electronics are an intrical component of the individual yarns that make-up the textile or garment.  This is the focal point of the research undertaken within the Advanced Textiles Research Group (ATRG) at Nottingham Trent University in the UK.

These electronically functional yarns are created using micro-scale chips, typically packaged dies of 500 x 500 µm cross-section, which are mounted on a fine continuous-filament carrier yarn.  Fine copper wires are then soldered onto the solder pads of the package dice. The package die and the solder points are subsequently encased in a polymer micro-pod.  These are then surrounded with packing fibers before the entire ensemble is covered with a sheath of fibers to create the final yarn.

The initial focus of the research on developing the e-yarn manufacturing technology was to use two terminal package dice.  The first challenge was to solder fine copper wires onto the microchips to supply power or to transfer data.  This was achieved using conventional infrared reflow soldering with the careful placement of the microchips, accomplished with a pick-and-place machine onto a fine copper wire.  The fine copper wire was then soldered at two points to the solder pads.  The length of wire between the solder pads was severed to leave independent connections to both pads.

Another challenge was the protection of the microchips and solder points from the various mechanical and chemical stresses that they would usually encounter during textile fabrication and everyday use.  This was accomplished by encasing the microchips within a resin micro-pod.  The ensemble was fed into a mold that was filled with resin and then UV cured. This formed a miniature composite element that also included fibers of the carrier yarn for cohesion.  The resulting micro-pods were relatively stiff, but their short length (approximately 1.0 mm) together with the free fibers between micro-pods, ensured that the resulting e-yarns as a whole retained their flexibility and textile characteristics.

The final challenge was to centralize the daisy chain within the packing yarns before feeding into a mini circular warp-knitting machine to construct the protective fiber sheath.  This was achieved by designing a bespoke yarn feed system that incorporated the daisy chain components, the packing fibers, and the fibers to be knitted to form the yarn’s surface. The current electronic yarn fabrication process is semi-automated with ongoing development expected to see a fully automated fabrication process possible within a year.

Mechanical and chemical testing, including tensile and abrasive tests, have shown that these yarns are robust and suitable for fabric manufacture.  Since the technologies inception, electronically functional yarns have been integrated into a variety of prototype garments and textiles.

Figure 2: Prototypes of e-yarn with LEDs and garment produced with LED e-yarns

The true potential of this innovation is limitless.  Any small electronic chip can be integrated into the yarns with the only restriction being that the larger the chip, the larger the resulting yarn thickness.  This scope has already allowed for a variety of yarn types to be developed; of these light emitting yarns, temperature sensing yarns, and vibration sensing yarns have received the most interest.

Light emitting yarns are the perfect platform to highlight this technology.  As the integrated microchips are completely undetectable to the end-user, it is very difficult to demonstrate the microchips integration. However, by including light emitting diodes (LEDs) and applying power to them, the embedded chips light-up.  This offers new creative possibilities for fashion and costume designers, but may also pave the way towards defence applications such as protective garments and adaptive camouflage.

Temperature sensing presents a variety of useful options for medical devices.  This includes taking skin temperature measurements, which are known to be a good indicator for various pathologies such as imminent foot ulceration in diabetic patients, and wound infection.  Most cases where skin temperature measurements are needed are when the skin is fragile or sensitive, making the softness, conformity and comfort of textiles a favorable solution.  Temperature sensing yarns have been created by embedding commercially available thermistors and using fine copper wire interconnects to acquire the resistance data, from which temperature can be obtained.  Current research has seen the creation of prototype socks

E-yarns also offer solutions to protect the wellbeing of workers.  The vibration sensing yarn, which incorporates a small microelectromechanical system able to characterise vibration, was developed to monitor vibration exposure of construction workers.  Construction workers come into contact with significant levels of hand transmitted vibration (HTVs) given the prevalent use of power tools in that industry.  The ongoing research of the ATRG has focussed on HTVs, which are known to cause various musculoskeletal, neurological, and vascular disorders such as hand-arm vibration syndrome and carpal tunnel syndrome.  By integrating a yarn of this type into a work glove, vibration levels can be carefully recorded and a worker warned if dangerous levels of vibration are reached

A prototype vibration sensing glove. The spectrum shows some example data, after processing, from a vibration sensor attached to a pillar drill.

New applications in this area will become evident with the reducing size of small-scale sensors and other electronic devices. The Advanced Textiles Research Group has already begun experimenting with other sensors types, such as moisture detection and acoustic monitoring.  An obvious next step will be to develop a micro-controller yarn that is capable of independently controlling a series of embedded sensors or output devices (like LEDs).  It may only be a few years before it is possible to create garments with multiple embedding sensors of different types, all controlled by an integrated microcontroller.