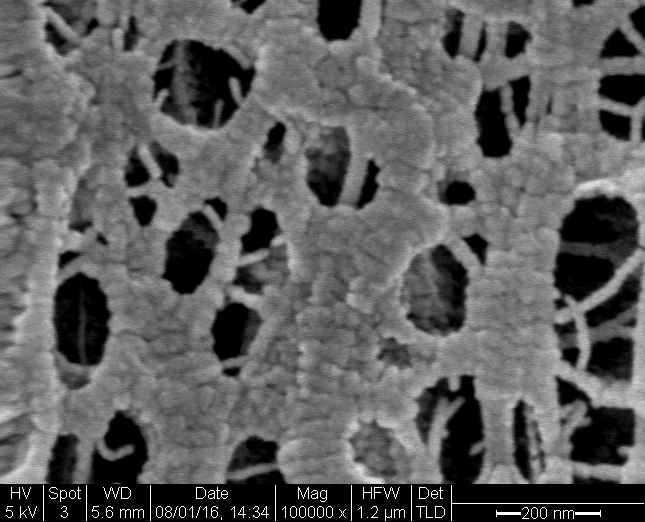 Stanford engineers have developed a low-cost, plastic-based textile that, if woven into clothing, could cool your body far more efficiently than is possible with the natural or synthetic fabrics in clothes we wear today.

Describing their work in Science, the researchers suggest that this new family of fabrics could become the basis for garments that keep people cool in hot climates without air conditioning.

“If you can cool the person rather than the building where they work or live, that will save energy,” said Yi Cui, an associate professor of materials science and engineering and of photon science at Stanford.

This new material works by allowing the body to discharge heat in two ways that would make the wearer feel nearly 4 degrees Fahrenheit cooler than if they wore cotton clothing.

The material cools by letting perspiration evaporate through the material, something ordinary fabrics already do. But the Stanford material provides a second, revolutionary cooling mechanism: allowing heat that the body emits as infrared radiation to pass through the plastic textile.

All objects, including our bodies, throw off heat in the form of infrared radiation, an invisible and benign wavelength of light. Blankets warm us by trapping infrared heat emissions close to the body. This thermal radiation escaping from our bodies is what makes us visible in the dark through night-vision goggles.

“Forty to 60 percent of our body heat is dissipated as infrared radiation when we are sitting in an office,” said Shanhui Fan, a professor of electrical engineering who specializes in photonics, which is the study of visible and invisible light. “But until now there has been little or no research on designing the thermal radiation characteristics of textiles.”

To develop their cooling textile, the Stanford researchers blended nanotechnology, photonics and chemistry to give polyethylene – the clear, clingy plastic we use as kitchen wrap – a number of characteristics desirable in clothing material: It allows thermal radiation, air and water vapor to pass right through, and it is opaque to visible light.

The easiest attribute was allowing infrared radiation to pass through the material, because this is a characteristic of ordinary polyethylene food wrap. Of course, kitchen plastic is impervious to water and is see-through as well, rendering it useless as clothing.

The Stanford researchers tackled these deficiencies one at a time.

They then modified the industrial polyethylene by treating it with benign chemicals to enable water vapormolecules to evaporate through nanopores in the plastic, said postdoctoral scholar and team member Po-Chun Hsu, allowing the plastic to breathe like a natural fiber.

That success gave the researchers a single-sheet material that met their three basic criteria for a cooling fabric. To make this thin material more fabric-like, they created a three-ply version: two sheets of treated polyethylene separated by a cotton mesh for strength and thickness.

To test the cooling potential of their three-ply construct versus a cotton fabric of comparable thickness, they placed a small swatch of each material on a surface that was as warm as bare skin and measured how much heat each material trapped.

“Wearing anything traps some heat and makes the skin warmer,” Fan said. “If dissipating thermal radiation were our only concern, then it would be best to wear nothing.”

The comparison showed that the cotton fabric made the skin surface 3.6 F warmer than their cooling textile. The researchers said this difference means that a person dressed in their new material might feel less inclined to turn on a fan or air conditioner.

The researchers are continuing their work on several fronts, including adding more colors, textures and cloth-like characteristics to their material. Adapting a material already mass produced for the battery industry could make it easier to create products.

“If you want to make a textile, you have to be able to make huge volumes inexpensively,” Cui said.

Fan believes that this research opens up new avenues of inquiry to cool or heat things, passively, without the use of outside energy, by tuning materials to dissipate or trap infrared radiation.

“In hindsight, some of what we’ve done looks very simple, but it’s because few have really been looking at engineering the radiation characteristics of textiles,” he said.