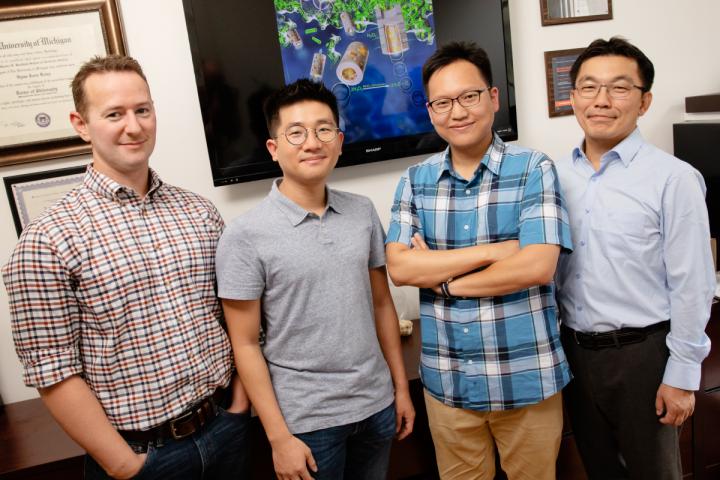 Scientists are harnessing the power of bubbles to kill biofilms, the slimy colonies of microbes coating medical equipment that lead to about 80 percent of all medical infections.

Traditional disinfectants and antibiotics cannot effectively penetrate a biofilm’s tough surface. To solve this, a team from the University of Illinois at Urbana-Champaign has created a new system that propels tiny particles through the surfaces of stiff microbial films using bubbles, ultimately killing the microbes living inside.

“We could have fabricated a particle using 3D printers, but luckily nature already provided us with a cheap and abundant option in diatoms,” co-author and postdoctoral researcher Yongbeom Seo said in a statement. “The species of diatom we selected are hollow, highly porous and rod-shaped, providing a lot of surface area for the bubbles to form and a channel for the bubbles to escape.”

A chemical reaction occurs within the empty space inside of the diatom between the hydrogen peroxide and the manganese oxide nanosheets, which results in a flourish of microbubbles that flow through the tiny channel and propel the rigid diatoms forward with enough force to break up the tough surface and internal structure of the biofilms.

“We dope the particles with nanosheets of manganese oxide, then mix them with hydrogen peroxide and apply that to the surface of the biofilm,” co-author Hyunjoon Kong, a professor of chemical and biomolecular engineering and a Carle Illinois College of Medicine affiliate, said in a statement. “Once the diatoms break through to the internal structure of the biofilm, they continue to expel bubbles and facilitate the entry of hydrogen peroxide, which is an effective disinfectant against bacteria and fungus.”

Microbial films, which often coat medical devices, household items and infrastructure like the inside of water supply pipes, are held together by internal scaffolds, enabling them to cling to surfaces on contact.

According to the researchers, there are many applications for the new technology, including using the system to remove dental plaque.