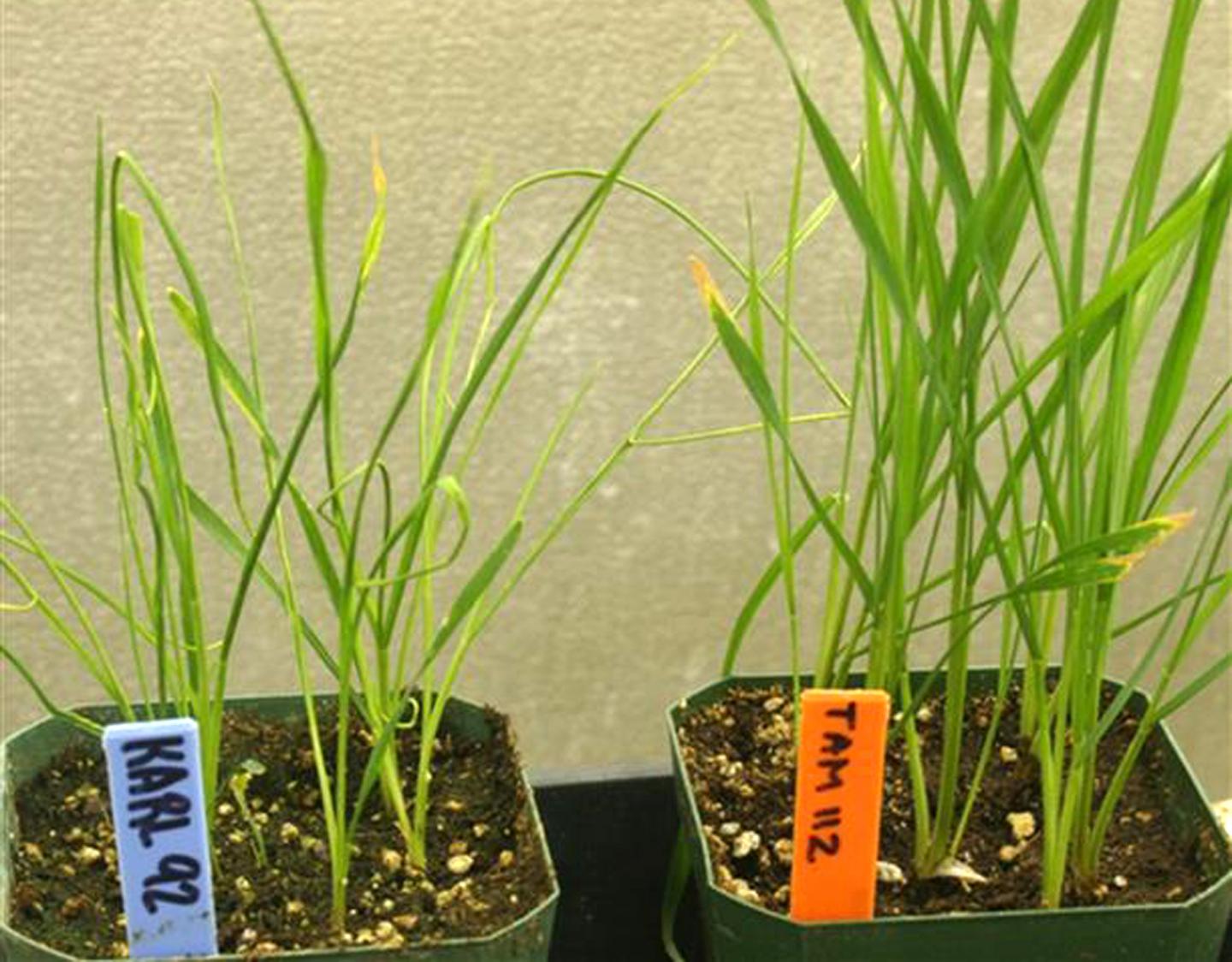 The Texas High Plains high winds are known for causing more than just bad hair days; they are a major contributor to the spread of wheat curl mite-transmitted viral diseases in wheat.

In a paper, Wheat Curl Mite Resistance in Hard Winter Wheat in the U.S. Great Plains, published recently in Crop Science journal, the wheat genetics research team at Amarillo led by Liu outlined how the better control will come through genetics.

Liu explained that the problem begins with the practice of planting wheat early for cattle grazing. The early wheat is prone to wheat curl mite infestation and thus wheat streak mosaic virus, as well as other diseases.

The genetics research team attacked the problem with a two-pronged approach – study the mites to determine what they attack the hardest and study the wheat varieties to see which provide the most resistance and what prompts that resistance.

In the study, he said, they applied molecular techniques to differentiate the various mite collections from different regions. They identified one Texas collection virulent to wheat lines with rye translocations, and determined wheat varieties with only the rye chromosome fragment will be susceptible.

His team applied molecular techniques to identify the genes within the wheat that provided the mite resistance. That resulted in a newly validated protocol used to screen hard winter wheat lines and cultivars for resistance to the wheat curl mite.

“In our screening, there were relatively high numbers of wheat lines from the Texas A&M breeding program that exhibited resistance to the wheat curl mite, which was mainly due to the utilization of TAM 112 sources in the crosses,” Liu said.

TAM 112 is a popular cultivar for its drought tolerance and had been identified by the Texas A&M wheat breeding program as having resistance to wheat curl mite and wheat streak mosaic virus under field conditions.

Through the newly developed protocol, Liu’s team determined that TAM 112 and its derived lines, including TAM 204, have the resistance gene from Aegilops tauschii, an annual goatgrass that is an ancestor of bread wheat.

Both Aegilops tauschii and the rye influence provide TAM 112’s wheat curl mite resistance, he said. The one from rye doesn’t work against some of the wheat curl mite populations in Texas, but it does have value in many field situations.

This research clears up some confusion as to why some TAM 112 progeny were not consistently resistant. Only the Aegilops tauschii gene gives resistance to the most prevalent wheat curl mite strain.

Now wheat breeders can develop other wheat curl mite-resistant varieties by using the.genetic markers to get the most effective gene and avoid testing lines with inconsistent resistance, he said.