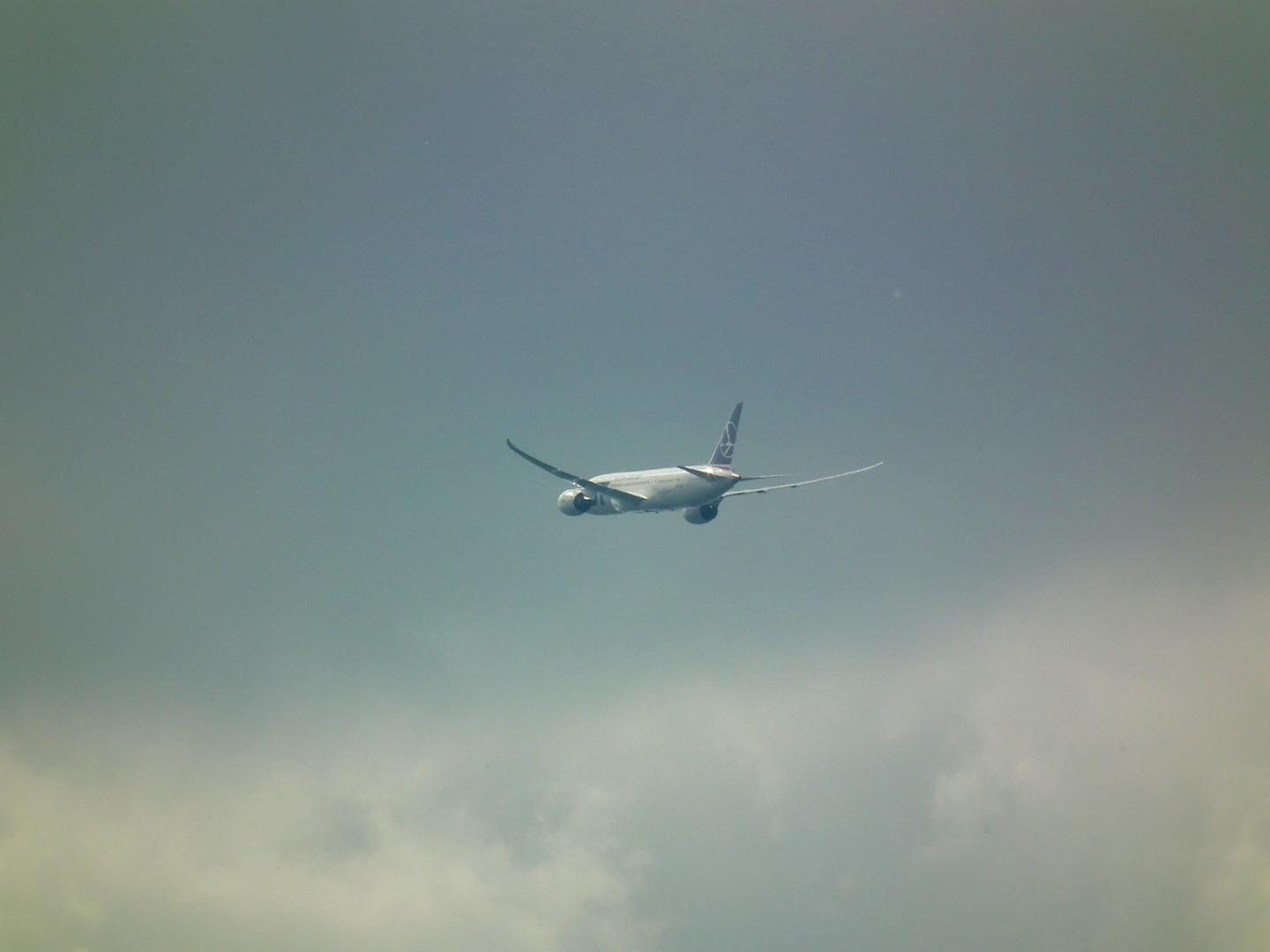 Scientists from the Faculty of Physics, University of Warsaw, have demonstrated that turbulence can be detected in a much faster and more precise way, using data already routinely broadcast by the aircraft operated by commercial airlines. Source: FUW, jch

Detecting turbulence remains the Achilles’ heel of modern-day aviation. The reports submitted by pilots, subjective and often very inaccurate, are the least expensive and the most frequently used method for trying to predict where it will occur. Scientists from the Faculty of Physics, University of Warsaw, have demonstrated that turbulence can be detected in a much faster and more precise way, using data already routinely broadcast by the aircraft operated by commercial airlines.

Anyone who has experienced turbulence on an airplane certainly knows that it’s no fun ride. Despite advancements in technology, methods used to detect these dangerous atmospheric phenomena are still far from perfect. However, there is every indication that data allowing pilots to avoid turbulence and even to forecast such occurrences are already being routinely recorded. In fact, this has been done for many years! Jacek Kopec, a doctoral student at the Faculty of Physics, University of Warsaw, and a member of the staff of the University’s Interdisciplinary Center for Mathematical and Computational Modelling (ICM), has managed to extract this valuable information from the flight parameters routinely broadcast by the transponders installed in most of the modern commercial aircraft. This new method for detecting turbulence is so original and potentially easy to implement on a large scale that the article describing it has been featured in the “highlight articles” section of the journal Atmospheric Measurement Techniques.

“Today’s commercial aircraft fly at altitudes of 10 to 15 km, where the temperatures fall to -60 °C. Conditions for measuring atmospheric parameters are very difficult, which explains why such measurements are not taken systematically or extensively. A lack of sufficiently accurate and up-to-date information not only exposes aircraft and their passengers to danger, it also restricts the development of theories and tools for forecasting turbulence,” Jacek Kopec says.

At present, pilot reports (PIREPs), relayed by radio and provided to pilots of other aircraft by air traffic controllers, are a basic source of turbulence data. Since these reports are based on the subjective opinions of pilots, the data collected in this way are often marred by substantial inaccuracies as to both the area of turbulence and its intensity. More accurate readings are provided by aircrafts involved in the Aircraft Meteorological Data Relay (AMDAR) program. This method is nonetheless costly, so data collected at cruising altitudes are transmitted relatively rarely. In practice, this prevents such reports from being used to detect and forecast turbulence.

Passenger aircraft are fitted with sensors that record a variety of flight parameters. Unfortunately, most of the data are not made publicly available. Publicly available reports include only the most basic parameters such as the position of the aircraft (ADS-B transmissions, which are also used by the popular website FlightRadar24) or its speed relative to the ground and the air (Mode-S data). Meanwhile, detecting turbulence requires knowledge of the vertical acceleration of aircraft.

“Vertical accelerations are especially strongly felt both by the passengers and by the aircraft,” Jacek Kopec explains. “Unfortunately, there is no access to materials regarding vertical accelerations. That was why we decided to check if we could extract such data from other flight parameters, accessible in Mode-S and ADS-B transmissions. The research aircraft in a project in which I participated was fitted with a suitable transponder, so we took advantage of that fact. By coincidence, our coauthor, Siebren de Haan from the Royal Netherlands Meteorological Institute, recorded the transmissions received from the transponder,” he adds.

Scientists from the Faculty of Physics tested three algorithms of turbulence detection. The first relied on information about the position of aircraft (ADS-B transmissions). However, preliminary tests and their comparison against the parameters registered in the same area by the research aircraft failed to produce satisfactory results. As for the remaining two algorithms, each of them used, though in somewhat different ways, the parameters received approximately every four seconds through Mode-S transmissions. In the second approach, the parameters were analyzed using the standard theory of turbulence. In the third approach, the scientists adapted a method for determining turbulence intensity previously used to measure turbulence on a very small scale in the understory of forests. It turned out that once wind velocity in the vicinity of the aircraft was determined and its changes were analyzed in successive readings, it was possible to use the latter two theoretical approaches to locate turbulence areas with an error of only 20 km. Passenger aircraft need around 100 seconds to travel this distance, so this level of accuracy would allow pilots to maneuver their aircraft to effectively avoid turbulence.

By harnessing existing data, this system of turbulence detection developed at the Institute of Geophysics (Faculty of Physics, University of Warsaw) therefore requires no significant investments in aviation infrastructure. In order to be operational, the system needs adequate software and a computer connected in a simple way to the devices that receive Mode-S transmissions from the transponders on board aircraft. Such devices are standard equipment in air traffic control institutions in Europe. In this system, passenger aircraft act as sensors by creating a dense network of measurement points above Europe.

“In the coming months, we will be working to improve the software. Nevertheless, we have already achieved our most important goal: we have proved that the method for detecting turbulence we have proposed really works and can provide pilots with information enabling them to avoid dangerous areas in the atmosphere. Turbulence detection will also help improve aviation forecasting methods,” stresses Prof. Szymon Malinowski from the Faculty of Physics, Jacek Kopec’s doctoral dissertation advisor and one of the authors of the publication.

The turbulence detection system has been developed under a grant from Poland’s National Science Center (NCN). Data for the research was collected in a flight test campaign financed from the Seventh Framework Programme of the European Union.