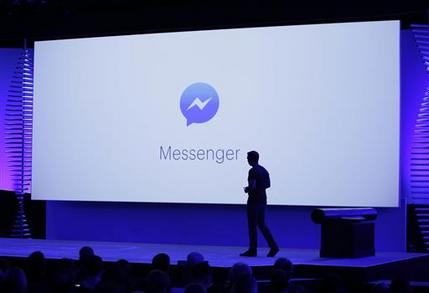 In this Tuesday, April 12, 2016 file photo, David Marcus, Facebook Vice President of Messaging Products, watches a display showing new features of Messenger during the keynote address at the F8 Facebook Developer Conference in San Francisco. On Friday, July 8, 2016, the company says it is testing an option for “secret conversations,” encrypted chats that can only be read by the people sending and receiving the messages, to its Messenger app. (AP Photo/Eric Risberg)

Facebook is adding to its Messenger app an option for encrypted chats that can only be read on devices where they are sent or received.

Users also will be able to set a timer to control how long the message remains visible to anyone, the company said Friday.

The “secret conversations,” feature, which is optional, does not work across different devices. So even if a person has Messenger on a phone and on a computer, the conversation will be visible on only one device.

The encrypted chats are now being tested with a limited number of people, Facebook said, but the option will be more widely available later this summer.