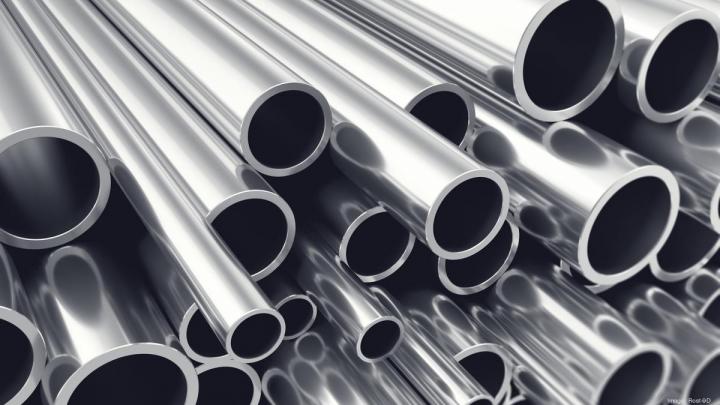 A research team from the NUST MISIS Department of Pressure Metal Treatment has developed a new technology which simplifies the process of hot rolling seamless pipes made of alloy and high-alloy steel. The consistent use of two simple male punches, tools that turn an unruly steel blank into a hollow “sleeve”, is a distinctive feature of the technology. The research article on this development to accelerate the process and improve the wear resistance of tools has been published in The International Journal of Advanced Manufacturing Technology.

Due to its high strength, the seamless pipes made of alloy and high alloy steel are actively used in gas, oil, chemical, and energy industries. The process of pipe rolling from these types of steel is extremely complicated and expensive, and this despite the fact that the workpiece itself is much more expensive that conventional carbon steel.

The standard technology of hot rolling seamless pipes made of alloy steel can be divided into several stages: cutting long solid metal semi-finished “bar” products into short billets, deep drilling the workpiece to prepare it for firmware, and then heating the workpiece in the furnace. This is followed by the “firmware” — the transformation of the workpiece into a hollow sleeve roll and simple male punches, and finally, rolling the sleeve into a tube on a continuous mill.

The main reason for this process’s low productivity is the rapid wear of the simple male punches, as they need to be replaced after almost every firmware is made and also commonly lead to production defects.

NUST MISIS scientists have developed a technology that can extend the life of the simple male punches several times over. They proposed using a two-stage method of firmware on the cross-screw rolling mill using a lubricant and coolant.

The developed technology of hot rolling pipes made of alloy steel and alloys is noticeably more effective and has been implemented at multiple enterprises of the Russian pipe industry. Thanks to the improvement of the simple male punches and the use of liquid glass lubricant and water cooling in the process, the wear resistance of simple male punches has been increased by 5-6 times.

In the experimental part of the studies, the NUST MISIS scientists obtained seamless pipes made of alloy steel X10CrNiTi18–10 with a diameter from 90 to 270 mm. The work was conducted both at the NUST MISIS Department of Pressure Metal Treatment and in production conditions using EZTM’s equipment with the support of Vyksa Steel Works and Volzhsky Pipe Plant.