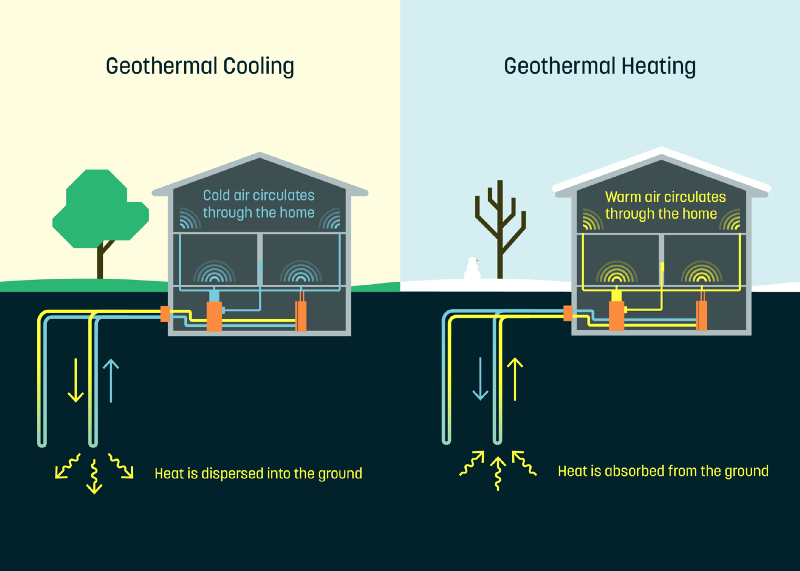 Dandelion—a new Google/ Alphabet spinoff company— is offering geothermal heating and cooling systems in the northeast in an effort to tap into an abundant and cheaper renewable energy source.

Buildings account for 39 percent of all carbon emissions in the U.S., the majority of which are from the combustion of fossil fuels for heating and cooling. That percentage is also significantly higher in the northeast region of the U.S., due to the relatively high use of fuel oil or propane as a heating fuel.

Because it is dependent on fuel costs, it is difficult for homeowners to predict the cost to heat and cool their home.

Geothermal systems operate by taking energy in the ground under the yard, which stays at a constant temperature of around 50 degrees’ Fahrenheit year round.

Water in U-shaped plastic pipes is able to absorb heat from the Earth in the winter and a geothermal heat pump inside the house then turns it into warm air.

The pump draws the warm air out in the summer while the pipes disperse the heat back into the Earth.

Because the traditional installation of the ground loops is considered expensive and cumbersome, Dandelion tested a number of alternative methods, including modifying a jackhammer to burrow into the ground, using liquid nitrogen to freeze the ground and chip the soil away with a hammer, and using a high-pressure water jet to try to efficiently put the pipes underground.

The researchers finally opted for a fast and slender drill that could drill just one or two deep holes a few inches wide that produced less waste and took up less space than the typical installation rigs.